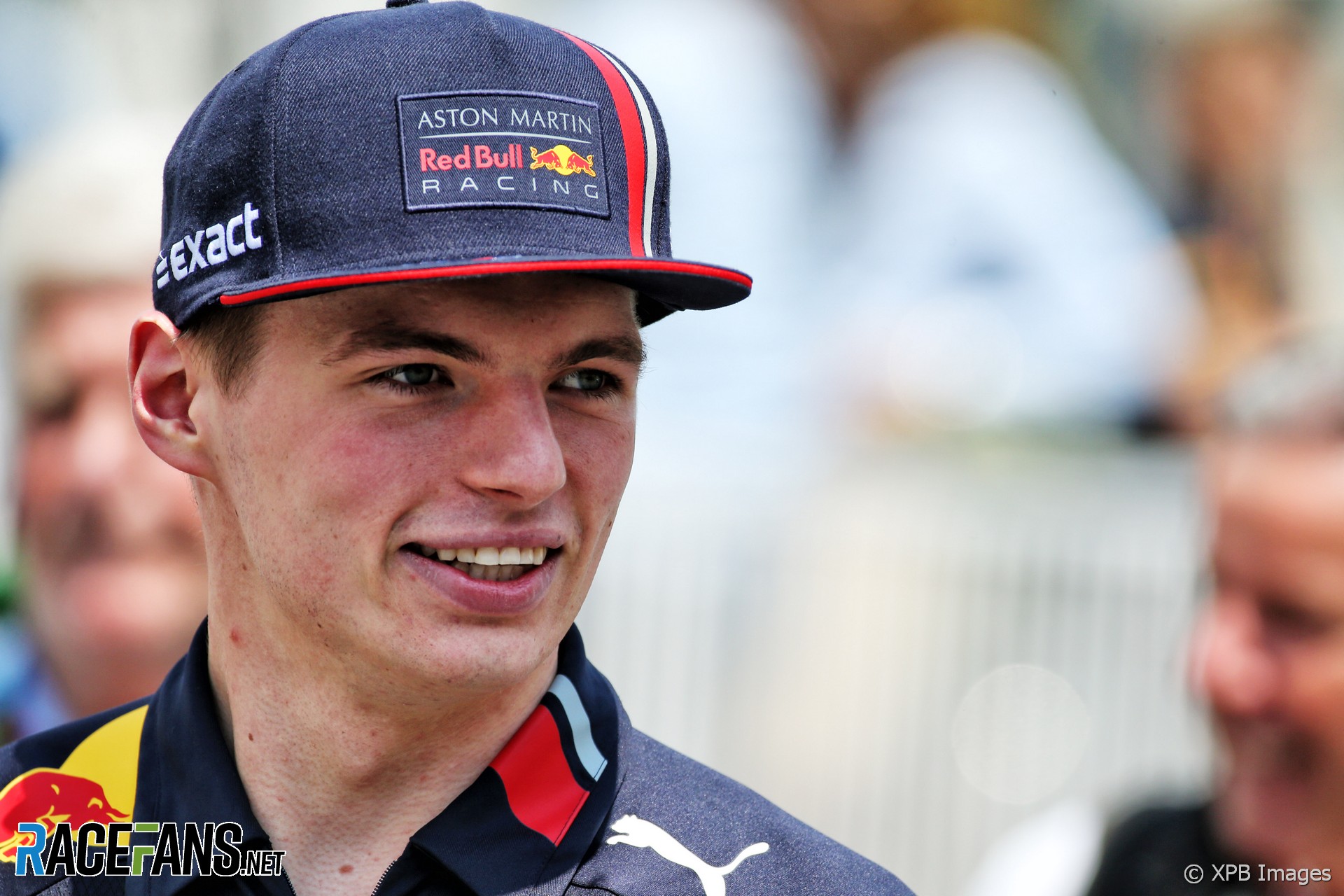 Max Verstappen says Honda’s power-boosting ‘party mode’ has made Red Bull more competitive in qualifying but Ferrari have made a “massive” gain with their power unit.

The Red Bull driver told media in Azerbaijan Honda’s high-power engine mode is worth “a few tenths” in qualifying. But he admitted the manufacturer has made less progress compared to Ferrari than Mercedes.

“I think we are closer to Mercedes,” said Verstappen. “It’s always difficult to really say if it is better because everybody is always improving.”

“In the race in general we are a bit more competitive,” he added. “In qualifying it’s mainly just Ferrari which stands out.

“Like, it’s massive. They found something in their engine which really works. So it’s again good because it gives even more motivation to Honda to work even harder which they anyway do.”

Verstappen will use Honda’s new ‘spec two’ power unit this weekend which has been introduced partly to address reliability concerns.

“From our side what is really important is that we are able to maximise the result all the time, which has been a third and twice fourth without retiring,” said Verstappen. “That is sometimes more important than gaining a tenth but then breaking down all the time.”

Taking a new power unit this early in the championship means Verstappen is likely to incur engine penalties later in the season. However he believes this is the correct approach.

“I think last year I showed anyway that even when you start at the back you can still finish on the podium, for example like in Austin. I don’t think it’s a major problem. I’m happier than we can say at the end of the season we really closed the gap on Mercedes and Ferrari in terms of power. Just because we use a few more engines, that’s fine.”

15 comments on “Verstappen: Honda’s ‘party mode’ worth “a few tenths” but Ferrari made “massive” gain”