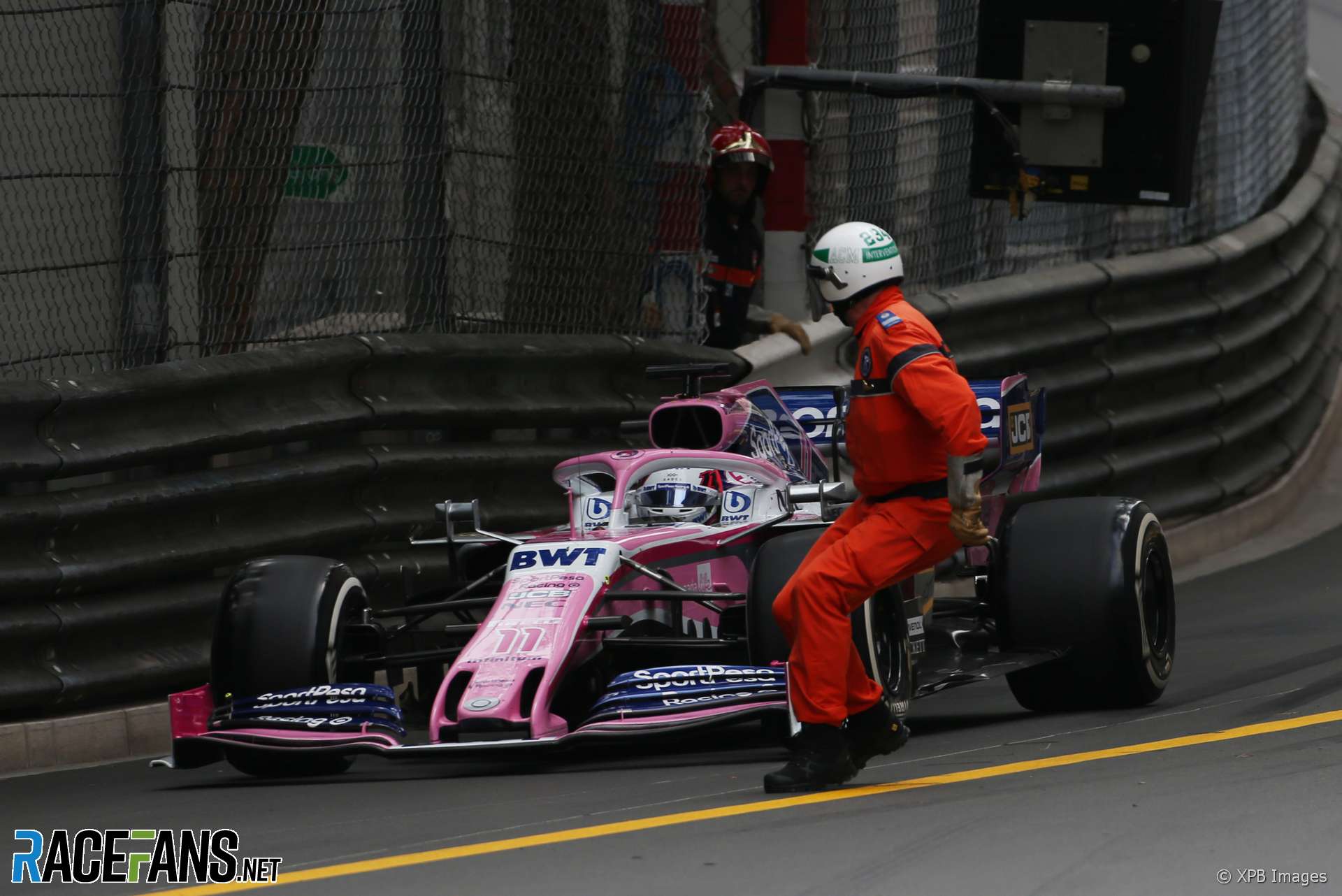 The FIA will remind marshals of the dangers of entering a track without permission from race control after Sergio Perez’s near-miss during the Monaco Grand Prix.

The Racing Point driver was shocked to discover the pair crossing the track at the pit lane exit when he rejoined the track during the Safety Car period in the race. He and the team alerted race director Michael Masi to the incident following the grand prix.

Racing Point sporting director Andy Stevenson said the two marshals “didn’t have permission” to be on the track at the time and were not aware Perez was leaving the pits.

“The FIA in future are going to reiterate to the marshals that they can’t go on track until they’re given permission,” he added.

Perez encountered the two marshals at turn one. The Safety Car had been deployed after Charles Leclerc’s Ferrari shed tyre debris on the track, most of which was between turns 12 and 17.

Following the race the Automobile Club de Monaco told Nice-Matin the two marshals were given permission to enter the track, and pointed out that the Safety Car signals and yellow flags displayed at the corner ensured Perez was aware of their presence.

However RaceFans understands the instruction for the marshals to enter the circuit was not given by FIA personnel. Indicating the seriousness with which the sport’s governing body is treating the matter, a report on the incident is being produced for president Jean Todt and secretary-general for motor sport Peter Bayer.

The FIA also intends to show video of the incident from Perez’s camera at future events to ensure circuit workers understand the potential dangers of entering the track without the permission of race control.

Perez said the incident was “very serious” and should be reviewed.

“It was quite a hectic moment,” he recalled. “Something as a driver you’re not expecting to find, especially right at the pit exit when people are making stops and you’re trying to get to Safety Car Line Two as quickly as possible to make sure you get the position. Although you are under Safety Car conditions that moment can be very critical.

“I was very unlucky to find the marshals just there and I think it was a very lucky incident that I didn’t hit them. It was the wrong time to be there.

“I braked but at the same time I didn’t want to lock up, to make sure I turn. Everything happened so quickly – I saw one running away and the other one just kind of stopped at the right moment. If he would have moved then I had nowhere to go.”

Perez pointed out that drivers are allowed to accelerate between the pit lane exit and Safety Car Line Two while under Safety Car positions, where he came across the marshals.

“Obviously you are under Safety Car conditions, that’s clear. You have a time to follow. The FIA is looking at it.

“I complied with the rules, we have deltas to follow and there are specific times where you don’t have to follow that delta. It could have been me or someone else then everyone is one the same boat. It’s something that I don’t want to blame anyone it’s just that we have to review what’s best going forwards to make sure this situation never happens.”