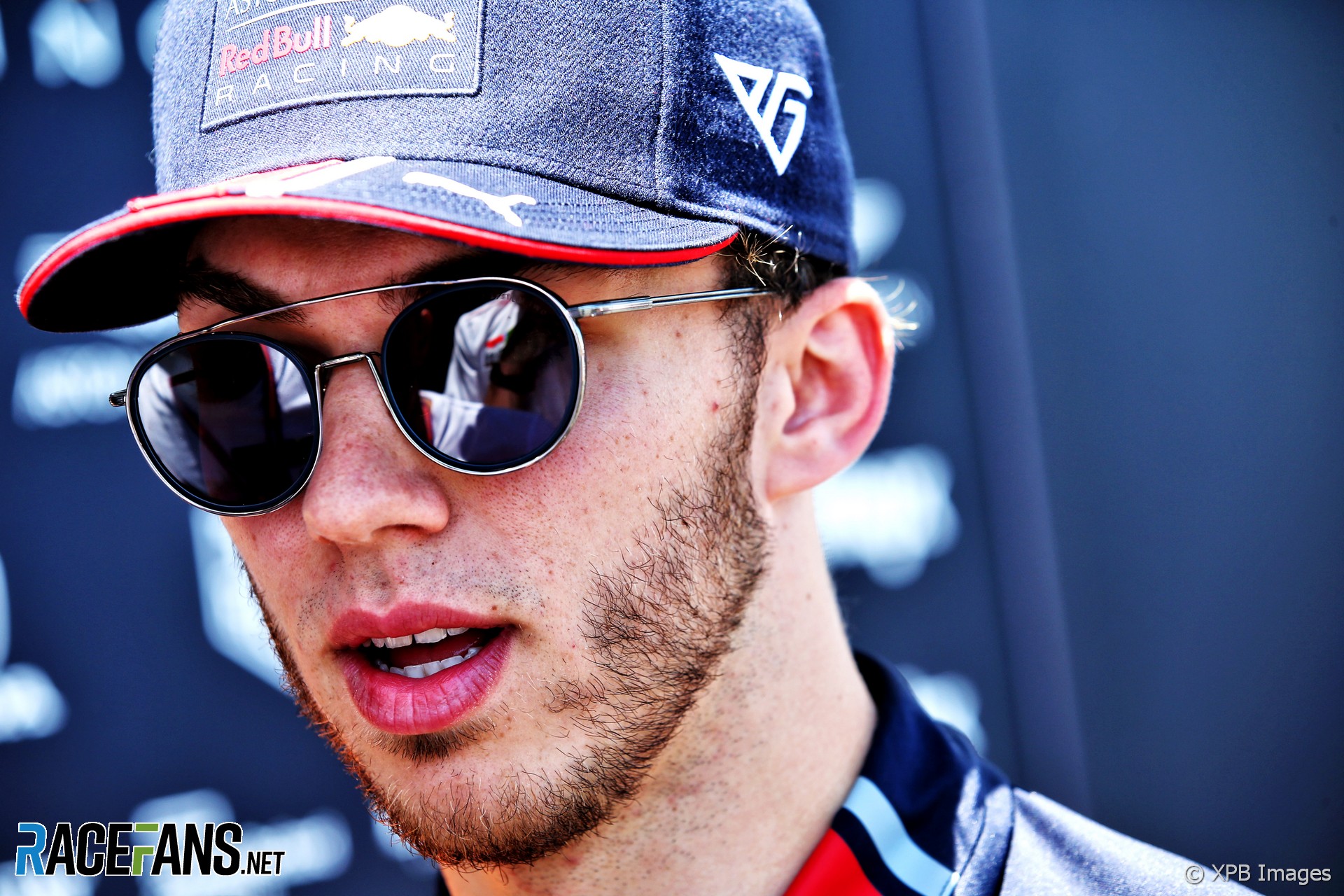 Pierre Gasly dismissed claims he could lose his Red Bull seat for the 2020 F1 season as “bullshit” and “bad journalism”.

Reports in other publications following the Monaco Grand Prix tipped Renault driver Nico Hulkenberg as a potential replacement for Gasly, who is in his season full season of Formula 1.

Gasly said he is in constant contact with Red Bull motorsport director Helmut Marko and isn’t concerned about the rumours. “We call each other every week, after each race we are on the phone together,” said Gasly. “He called me before to sort everything out and honestly I don’t want to waste too much time on this kind of bullshit.

“I have more important things to take care of like my job, my family, my friends. For me bullshit like this is just bad journalism. I don’t want to comment any more about this.”

Following a difficult start to the season, Gasly has moved closer to team mate Max Verstappen. But he believes there is still more to come.

“I still feel I am far from getting the full potential of myself at the moment because there are still things I’m not feeling fully comfortable with but from race to race I can see and I can feel things are getting better.

“There are many areas we can improve in the way I work with my new engineers, the fact that we get to know a bit better every weekend the directions we are trying, testing with the car. And also the feelings in the car. I think it’s all going in the right direction but it’s fair to say I think I have a lot more potential to come out once I feel really comfortable with the package.”

31 comments on “Gasly: Hulkenberg rumours are “bulls***” and “bad journalism””