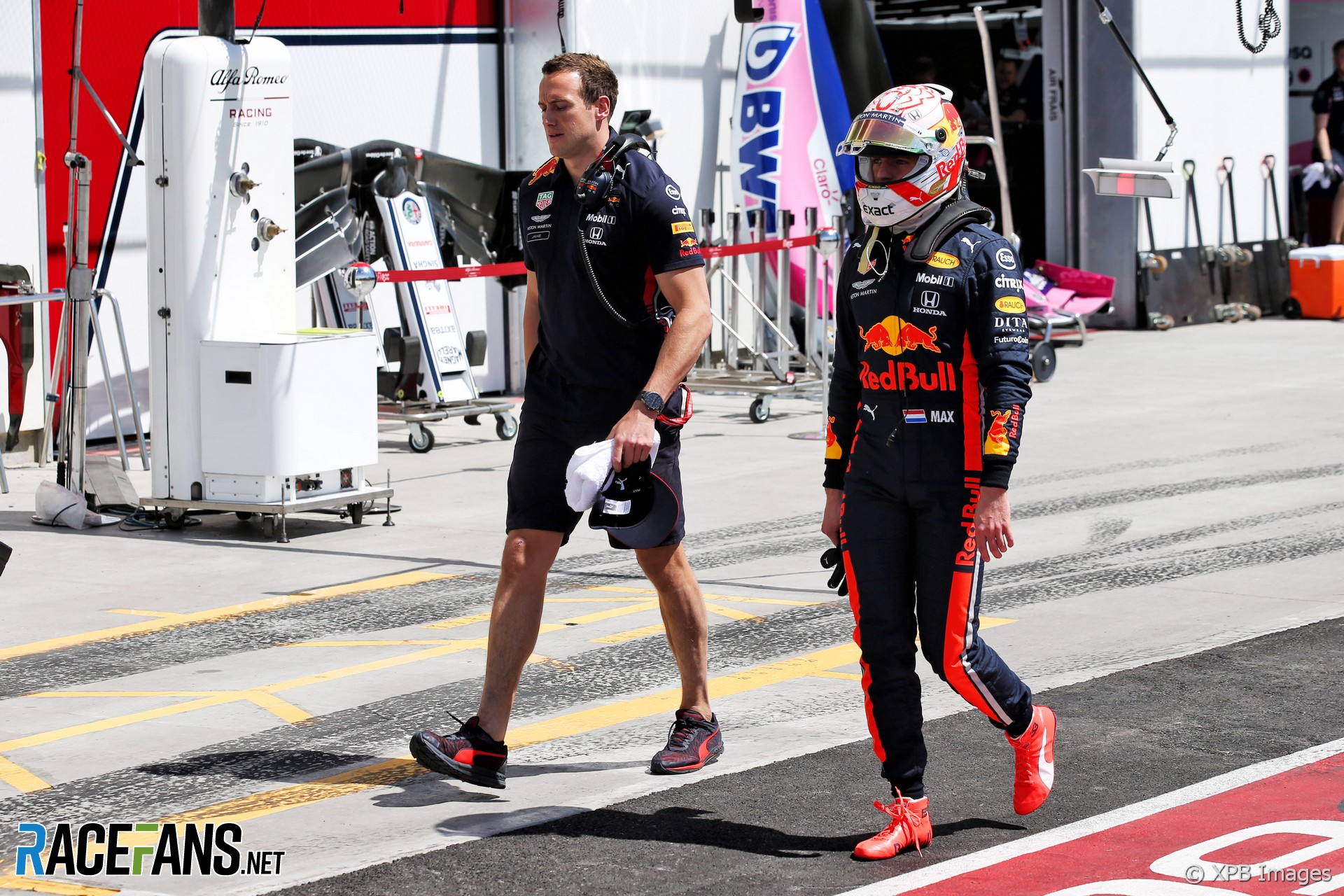 Max Verstappen says he was unfortunate to drop out of qualifying in the second round after Kevin Magnussen’s crash.

The Red Bull driver was on course to set a time which would have put him in the top 10 in Q2 when the Haas driver hit the barrier at the final corner, bringing the session to an early end. He had switched from medium to soft compound tyres for his final run, having been unable to set a quick enough time on the harder compound with his first effort.

“We tried on the mediums but then we had a bit of traffic as well, so that’s not ideal,” said Verstappen. “So then we went on the soft and it was all looking good, but we had the red flag.”

Having qualified 11th, Verstappen will have the benefit of being able to start the race on new tyres. However he said he would have been better off starting higher up the grid on fresher rubber.

“It’s always better to start P5 or P6 on whatever tyre but it’s how it goes,” he said. “It’s very unlucky. It just means I have a bit more work to do tomorrow.”

Verstappen asked his team “I guess that’s it?” on the radio after being told to pit for the red flag. “Yes, you guessed right,” he was told.