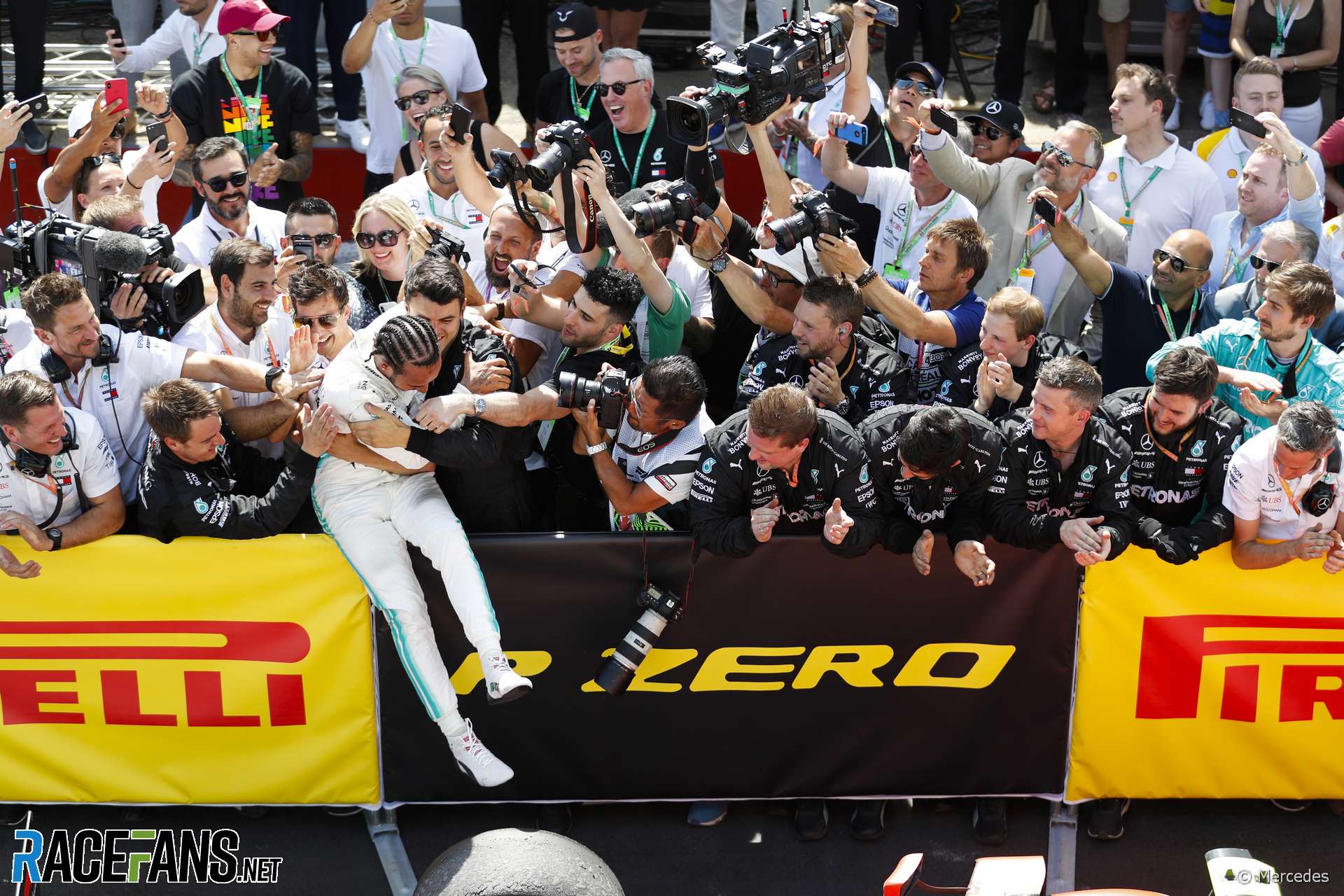 In the round-up: Toto Wolff says that Mercedes would need to restructure their multiple motorsport concerns to accommodate an F1 budget cap:

I think as an organisation we would need to adapt but we have several motor racing platforms and engineering projects and once it is clear what the cost cap will be we will need to look at our structure and say ok how can we best price that up.

Just twice has the pole sitter been decided in QP2 at #LeMans24 in the @FIAWEC era.

This weekend will be tough/challenging/interesting/problably crazy! What do you think? #WRC #RallyItaliaSardegna #HMSGOfficial #GameOn #TN #NG pic.twitter.com/k9IrmV88L9

🇬🇧 You were expecting to see a tramway on these rails but here is our hydrogen-powered racing car! 💦

It was a dramatic #LeMans24 qualifying session last night, particularly for our #7 #TS050 HYBRID. Despite the damage, our team did a great job to get the car back out again. 💪👏

View the incident from a different angle, and savour the fantastic teamwork that followed. @FIAWEC pic.twitter.com/OwLTfMkmEc

Pierre Gasly: 'I want to feel I can drive the RB15 the way I want to' (Paddock Magazine)

"Well… it’s more the way you work with the team, trying to develop it from his feedback, and see the way he behaves with the team. You can see how some things are being done automatically as he’s been working with the same people for more years than I have. But it’s not like I can go and ask him straightforward questions – he won’t give me any tips, but you always have positive things to learn from him."

What could Euroformula’s 2020 car mean for the future of F3? (FormulaScout)

"Dallara has introduced a new single-seater car which could be racing in Europe and Japan next year. It’s not called Formula 3, but it may well be the final product of its legacy."

"'Maybe not at Toyota, because the chance of winning Le Mans, you take it, even if you don’t have any competition, everybody would take it. But then in the other LMP1 teams, coming here knowing that you have nothing to fight for, it’s very hard. I discuss a lot with Andre (Lotterer, who races for Rebellion Racing). I cannot talk for him, but I know what he feels."

"The use of twin-MGU powertrains is expected to be outlawed in the ABB FIA Formula E Championship beginning next season, following recent controversy surrounding the technology."

Stephen Crowson argues that F1’s financial imbalance is against fans as well as teams:

I too agree with Otmar Szafnauer. From the outside it seems so easy to equalise payments. If teams can scrape up more money from somewhere or find some “free” factory facilities then good for them. Teams employ very good accountants, and they’d know how to use that money wisely. If a team wants to employ more people on lower pay, then that’s their business.
Currently approximately 70% of the TV rights payout is handed out more or less equitably. About 34% being an equal payment (Column One payments) and 34% being performance based (Column Two payments).
However there’s another 30% handed out in bonuses. Looking at the results from last season there seems to be about a $30M gap between teams with a bonus (excluding Williams) and those without. So, for example, Haas and Renault were given $70M and $73M respectively, while 6th in the WCC McLaren got $100M (with Mercedes, Ferrari, and Red Bull Racing getting more than that).
We can all see that money buys performance, so the question becomes should F1’s TV rights payouts stay more or less as it is or be changed? I think the current bonus system has made F1 less credible as a racing series than it could be. We wouldn’t consider a cycle race credible if some of the competitors were allowed to use electric cycles or motor bikes and others rode mountain bikes, but that’s basically what’s happening. Yes, there will be a decline in performance by Mercedes, Ferrari, and Red Bull, but that decline should be accompanied by an increase in performance by the teams without a bonus.
Consider Podiums and Pole Positions: Last season only one driver from a team without a bonus stood on the Podium at the end of a race. No one from a team without a bonus got Pole Position. I was going to say the same thing happened in 2017, but Lance Stroll got third place at Azerbaijan (Williams get a small bonus). The story is much the same for 2016. 2015 was a better year, but still no one from a team without a bonus took Pole Position.
Ultimately we, the fans, are loosing because of the bonus payments.

17 comments on “Wolff: Mercedes need to “price up” an F1 budget cap”