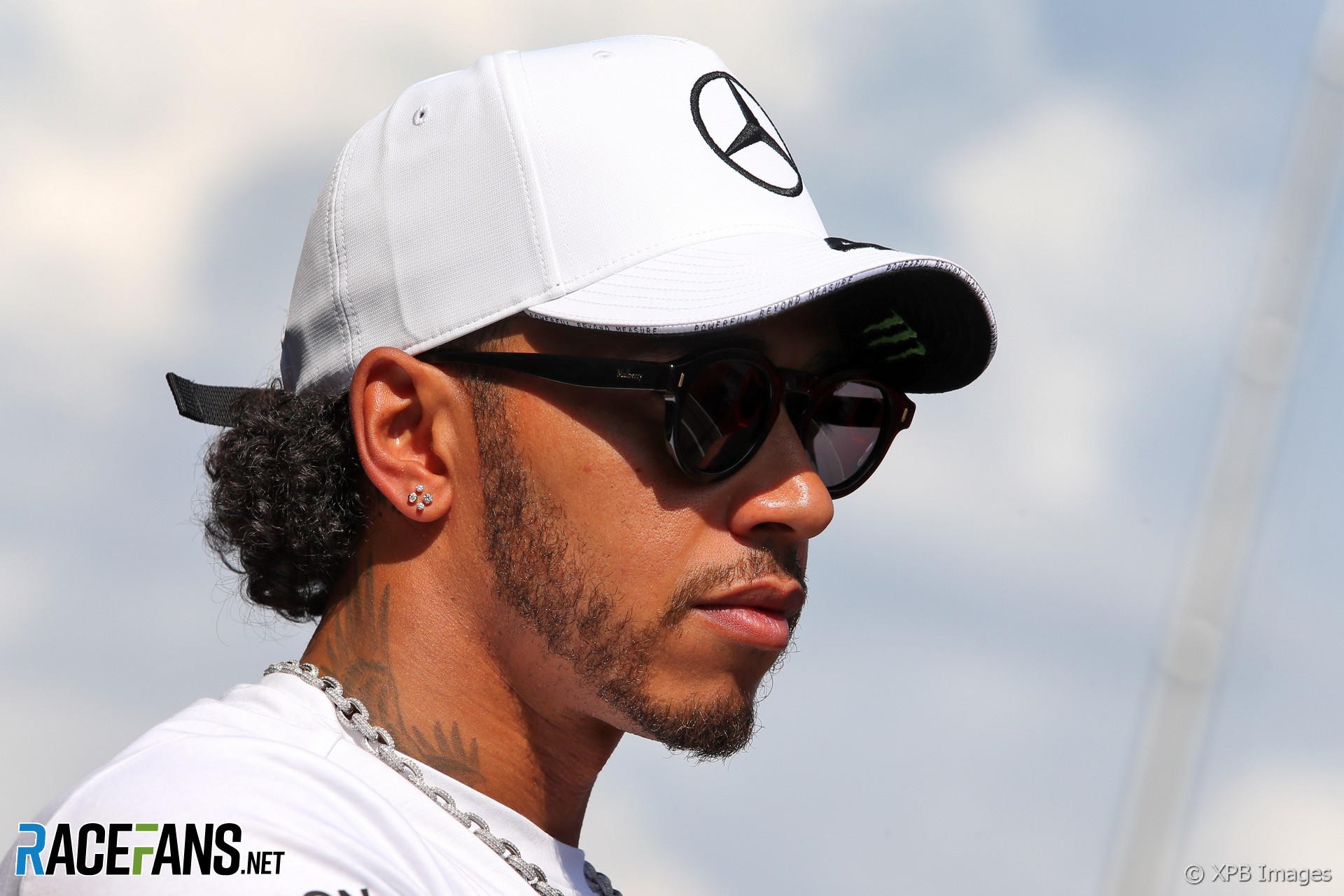 Lewis Hamilton says he got better performance and longevity out of his tyres in the French Grand Prix than his engineers thought was possible.

The Mercedes driver described his working relationship with the team’s engineers as one of his key strengths.

“And the same with the set-up for example at the beginning of the year, which we’re now taking to all the races that we have, they didn’t know the car was going to be good there. I got them to go to places that they usually wouldn’t.

“Engineers usually get stuck in a rut and they’re like: ‘This is how it works and we stick with it’. And you have to kind of knock them to break it and prove, it’s not so easy to do, but I enjoy it.”

Despite running an old set of tyres at the end of the race, Hamilton almost beat the fresh-tyred Sebastian Vettel to the bonus point for fastest lap. He told his team on the radio afterwards he could have lapped a second quicker had they maximised the car’s potential for the final lap.

“I didn’t even know that I could do it but I love the challenge,” he said. “I didn’t for a second believe I can do the fast lap but the thing I didn’t have the doubt as whereas engineers calculate by the books and by the calculations they’re like ‘there’s no way it’s going to happen’.”

Asked how much quicker he could have gone Hamilton said: “A long way. I don’t know, over a second maybe.”

“I would say my biggest strength is – yes, I can drive well – but how I’m able to work and collaborate with these great engineers and designers. These guys are all from Harvard and Oxford and Cambridge University students, hugely achieved candidates and then they come in and work and I’ve got to kind of communicate with them and pull stuff out of them and have them pull something out of me that I didn’t know.

“It’s kind of neat some weekends when I can prove them wrong, they’re like ‘the data says this’ and I’m like, ‘yeah, told you!’ It’s really cool, it’s hard for them because they’re with the laptop and ‘the calculations say this is going to happen, but this happened. And so to bring a bit of the human element into, that makes me really proud.”