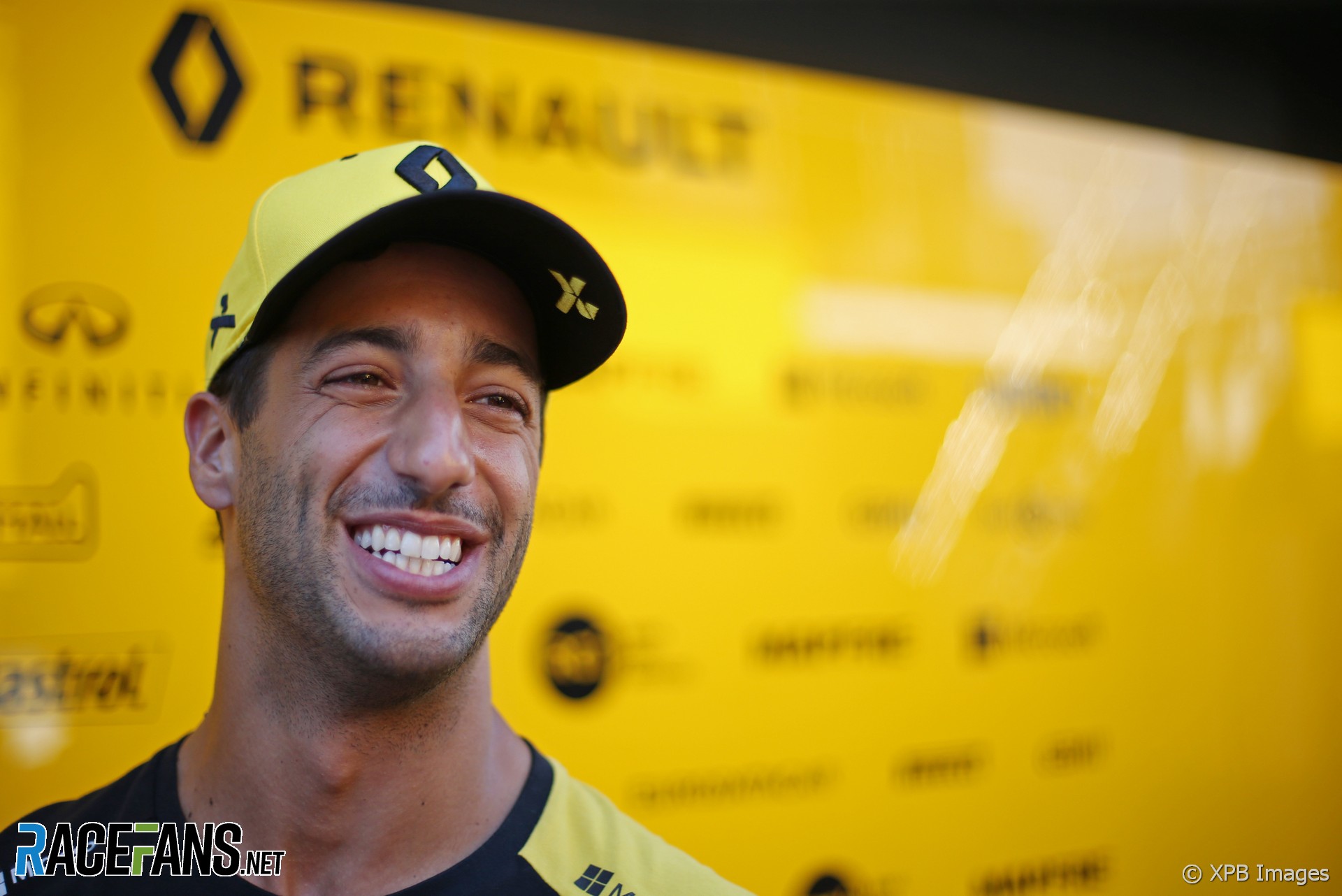 Awaken in hotel in Ludwigsburg – half an hour’s drive north of Stuttgart – after a restless night that saw the mercury hover in the mid-thirties at 10pm.

I had chosen the establishment as half-way house between Germany’s motor industry hub. It’s home to both Mercedes and Porsche, Audi’s secondary base is close by, and the Hockenheimring, host of this weekend’s German Grand Prix. It may prove the last for the foreseeable future, as the race is not yet confirmed on the 2020 F1 calendar.

I stopped off at Porsche’s museum en route to spending a delightful two hours in the Porsche 917 – Colours of Speed special exhibition. The rest of the collection includes iconic road and race Porsches, including the triple-Le Mans-winning 919, whose exploits were masterminded by Andreas Seidl, now McLaren’s team principal.

After breakfast, depart for Hockenheim. Traffic is slow in parts due to a bridge refurbishment, but it’s a real pleasure to run up to 200kph where traffic and speed limits allow. With such relaxed speed limits, is it any wonder that Germany builds arguably the world’s best selection of high-performance cars? 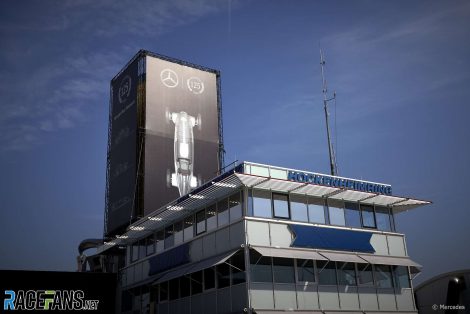 Arrive at Hockenheim, and once again the vicious circle of hosting fees is evident. The circuit, owned by the local town council, has some rather rudimentary installations, but the fees charged mean it is unable to turn sufficient profits to upgrade its facilities.

For as long as I can remember – more than 20 years of attending this race – the media centre has been a massive, flappy marquee, ‘cooled’ by temporary air conditioners feeding through a number of tubes. The F1 personnel parking lot is a grassy field situated opposite the fire station (!), with six-seater minibuses running us back and forth. Last year, after a post-race deluge hit the place, said shuttles were unable to pass through various subways, leaving us stranded for hours. What would happen in the event of an emergency, I wonder…

While being driven in I cannot help but notice the acres of celebratory Mercedes 125 Years material about, and it is clear the company that invented the car is making a big splash this weekend.

It’s just a pity that the nation seems to have fallen out of love with F1 – or maybe Germany was only ever in love with Michael Schumacher, and not the sport? Its two remaining representatives, Sebastian Vettel and Nico Hulkenberg, give various explanations for the race’s decline during the first press conference of the weekend.

First of the interviews. Haas team principal Guenther Steiner, who has a lot on his plate at the moment, maintains they are ‘up to date’ with beleaguered sponsor Rich Energy and expresses his continued irritation over his drivers’ clash in Silverstone.

Will the next edition of Netflix’s Drive to Survive tell us more? Amusingly, Steiner reveals he hasn’t watched any of the first series, and that his wife had banned their daughter from viewing them on account of “Daddy using the ‘F-word'”…

Later I quiz both drivers on the incident. Romain Grosjean replies at length, giving us the full benefit of his insight, but Kevin Magnussen is unwilling to comment. “You don’t need to dwell on it for two weeks,” he tells us. Is it any wonder these clashes keep on happening? 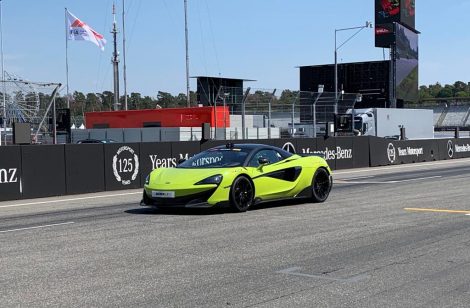 I enjoy a classically German lunch – there are salami, ham, cheese and schnitzel-filled rolls, plus plenty of mustard and salad – then prepare to experience the Hockenheimring first-hand.

I’m due to take a hot lap of the circuit with McLaren’s Lando Norris. Given the punishing heat, it’s a hot lap in every sense of the phrase.

I recall his antics at Silverstone, where he spun into a gravel trap at Becketts while chauffeuring Johnny Herbert. The ex-F1 driver gamely extracted the car with a shovel, but I don’t fancy that in this hear.

“You beach it, you dig it out yourself!’ I warn Norris. Trademark lop-sided smile.

Behind the wheel, McLaren’s latest F1 talent does not disappoint, putting the lurid lime-green McLaren 600LT at various angles to the racing line. It’s always a pleasure to observe high-speed driving from alongside F1 drivers. After we negotiate one bend sideways at some 260kph, Norris casually remarks about having had his “biggest-ever accident at this corner…”

We asked @LandoNorris for his thoughts on returning to Hockenheim this weekend:

"I had my biggest ever crash there so I look forward to going back!

I return to the interview trail. Before Daniel Ricciardo will speak to us his media officer reads a statement that he will refuse to discuss his legal woes on the basis that they are sub judice. When I later attempt to press him on the point he grins “you’re shit-stirrer” which I take – and I am sure is intended – as a back-handed compliment.

Pack up and head for hotel, situated 10kms from the circuit in Schwetzingen. My read-out tells me it’s 40C, and after I unpack I discover that my deodorant stick, stored for the day in the boot of my car but packed in an insulated cooler bag, has melted – fortunately not un-usably so, but still. According to forecasts Friday will be almost as hot again before the thunderstorms arrive.

It’s too hot to even think of food, so I turn in a few hours later, deadbeat from the heat.