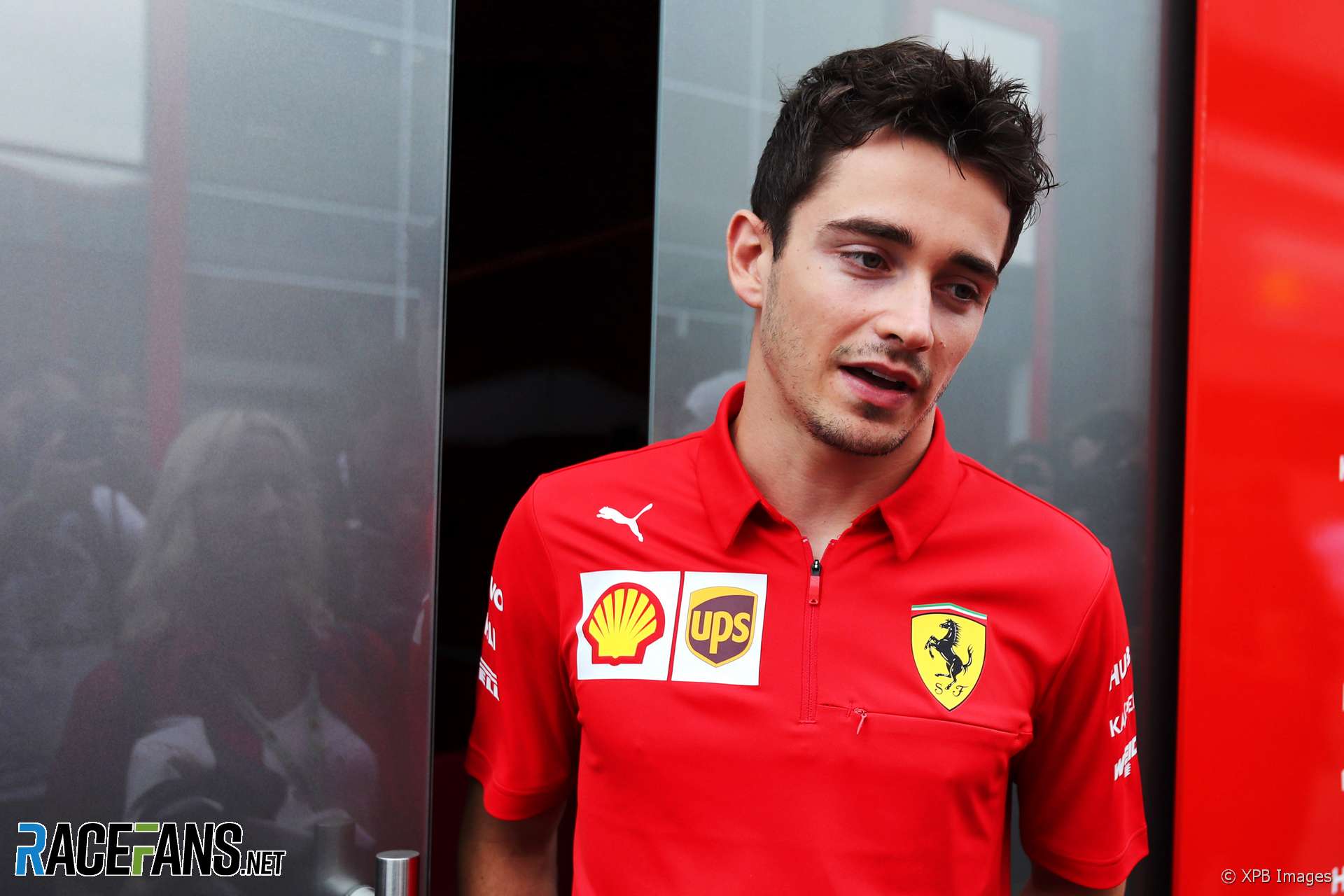 Charles Leclerc was phlegmatic after a fuel system fault cost him a chance to compete for pole position in the German Grand Prix.

The Ferrari driver, who was quickest in final practice ahead of qualifying, was unable to participate in Q3 due to the problem. The team suffered a double setback as Sebastian Vettel failed to set a time in Q1 due to a problem with his turbo air intake.

“I felt great in the car and the car felt great all weekend so it’s a shame it ends up like this,” said Leclerc.

“It’s part of the game sometimes, and of the sport,” he reflected. “It’s true that we’ve had two times problems like this but I’ve also did a lot of mistakes on my side. It compensates.

“But we need to understand the issues to try and not reproduce them. I obviously feel for the team, one car is difficult, two cars is very unlikely and very difficult for the team. So I’m really determined to do a good race tomorrow for all of them.”

Leclerc’s hopes of competing for victory from 10th on the grid could rest on whether the forecast rain arrives during tomorrow’s race. “I hope for the rain for it to put a bit more inconsistency and a bit more of a casino into the race,” he said. “Hopefully it can play a good part for us.”