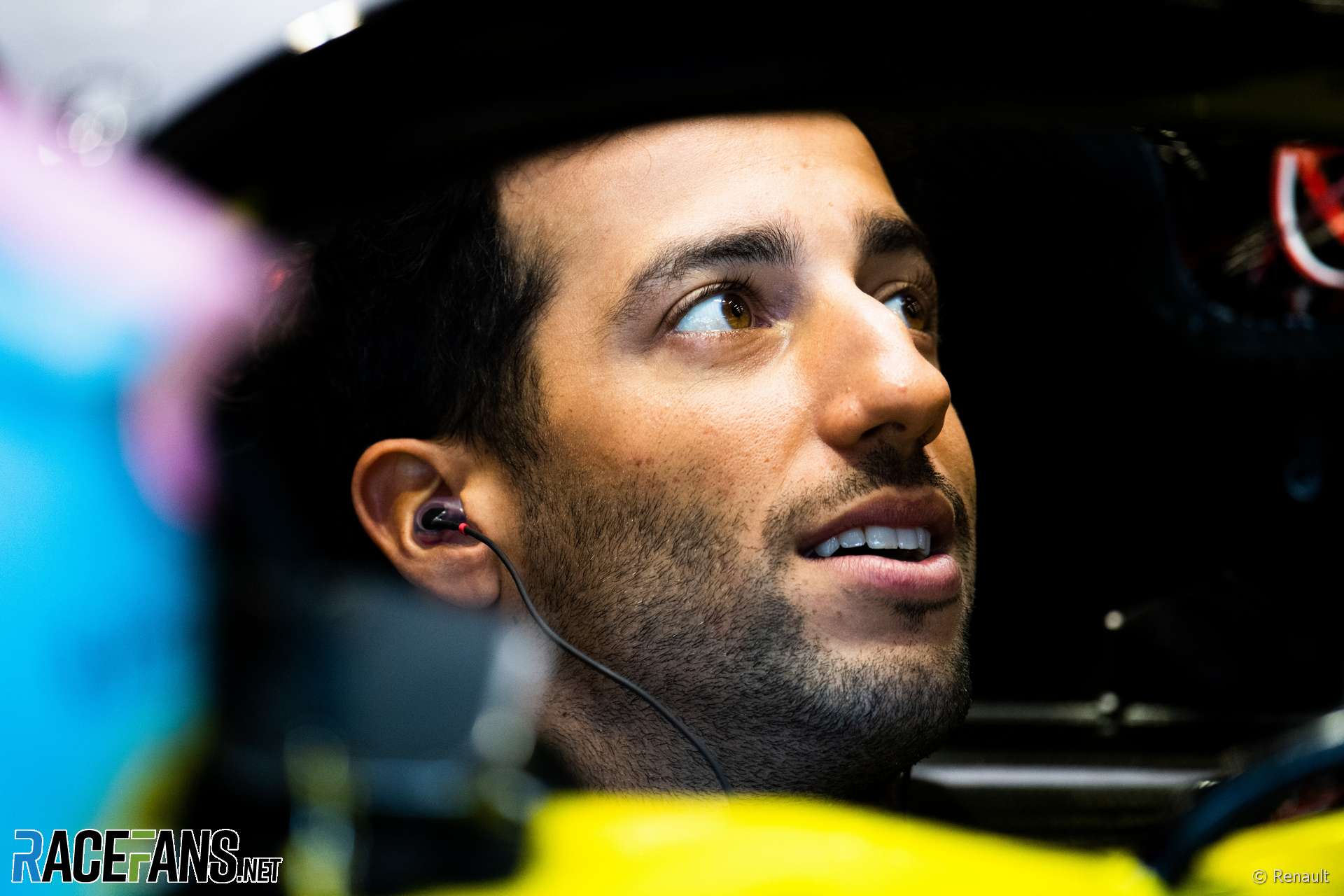 The Renault driver said he was “glad the race is over” after finishing the Belgian Grand Prix in 14th.

“I know that, weirdly enough, the best way we can kind of show our respect was to race today,” said Ricciardo. “But I don’t think any of us actually wanted to be here or wanted to race.

“At least, I’m speaking for myself, but I’m sure I’m not the only one. It was certainly tough to be here and try to put on a brave face for everyone.

“I know a lot of people in the paddock are hurting after yesterday so I think everyone’s relieved it’s done, we can move on from here and hopefully it’s the last time that this happens.”

Ricciardo said he hadn’t been able to put thoughts of Saturday’s crash from his mind during the race.

“Once you get that adrenaline of the competition then you kind of put it towards the back. But to completely remove it today was impossible. It was still there.

“In the heat of competition, strangely enough, you’re able to pay more attention to the competition than what happened yesterday. But to completely remove it, it’s still so fresh.”

Hubert’s family came to the track on Sunday. Ricciardo said he had been inspired by their presence having questioned whether it was right to continue racing.

“It’s our job and it’s our profession and it’s our life but also still just racing cars around in circles. It gets to a point you actually question it and you’re reminded of these things, is it worth it? So I certainly questioned it last night, had a sleep.

“Then, to be honest, seeing some of his family here today that’s what gave me more strength than anything else. How they could be here after [it], taking my hat off to them doesn’t do it justice. I don’t know what to say. I could not imagine being in that position. I felt like they were a lot stronger than any of us today.”

9 comments on “Ricciardo: I don’t think any of us wanted to race after Hubert crash”