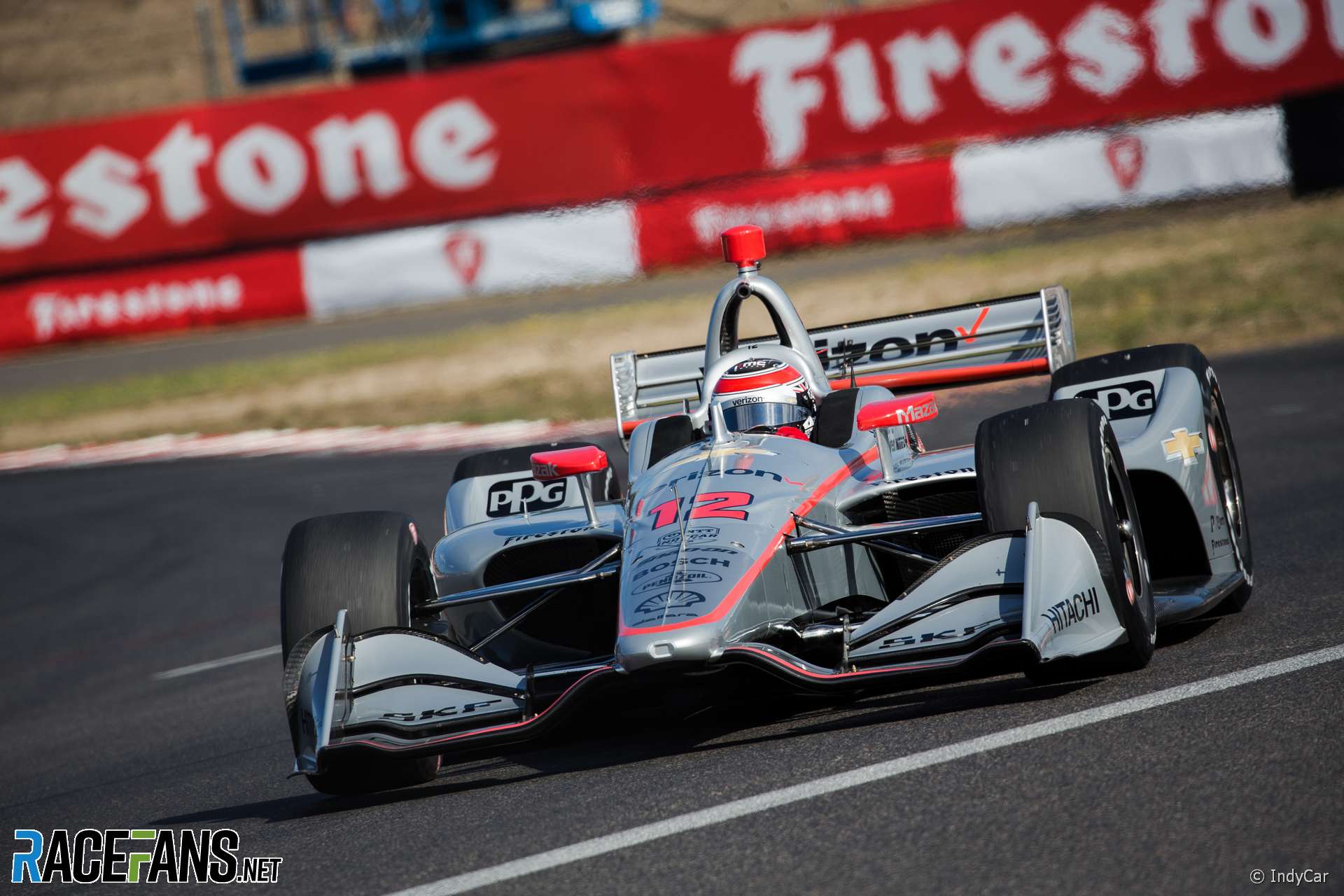 Will Power took his second IndyCar victory in the penultimate race of the season at Portland after Scott Dixon was struck down while leading.

Dixon was leading comfortably when a suspected battery problem on his Ganassi car forced him into the pits.

He had passed pole winner Colton Herta for the lead on lap 37 when the Harding Steinbrenner driver began to suffer heavy tyre degradation at the end of his first stint. Herta was then taken by Power, Alexander Rossi and Felix Rosenqvist in quick succession.

Ganassi got Rosenqvist ahead of Rossi when he pitted, and he took up the charge against Power after Dixon’s demise. A late Safety Car period, triggered when Santino Ferrucci’s Coyne machine came to a stop on the pit straight, brought Rosenqvist back onto Power’s tail for the final five laps. But the Penske driver easily cruised away.

Rossi held his third place ahead of Herta and Josef Newgarden, who extended his championship lead by three points as Rossi moved back ahead of Simon Pagenaud to second in the championship. That leaves Newgarden well placed to clinch a second series title at the double-points finale at Laguna Seca.

Much of the opening 18 laps were run under caution after a series of collisions. Graham Rahal skittled into Zavh Veach at the start, and took Schmidt Peterson duo James Hinchcliffe and Marcus Ericsson’s stand-in Conor Daly out with him.

After the restart Ryan Hunter-Reay defended with surprising vigour from his championship-contending team mate team mate Rossi. Hunter-Reay took his eye off the ball so badly he braked far too late for the first corner and rammed Jack Harvey, who was running third in his return to the championship for Shank.