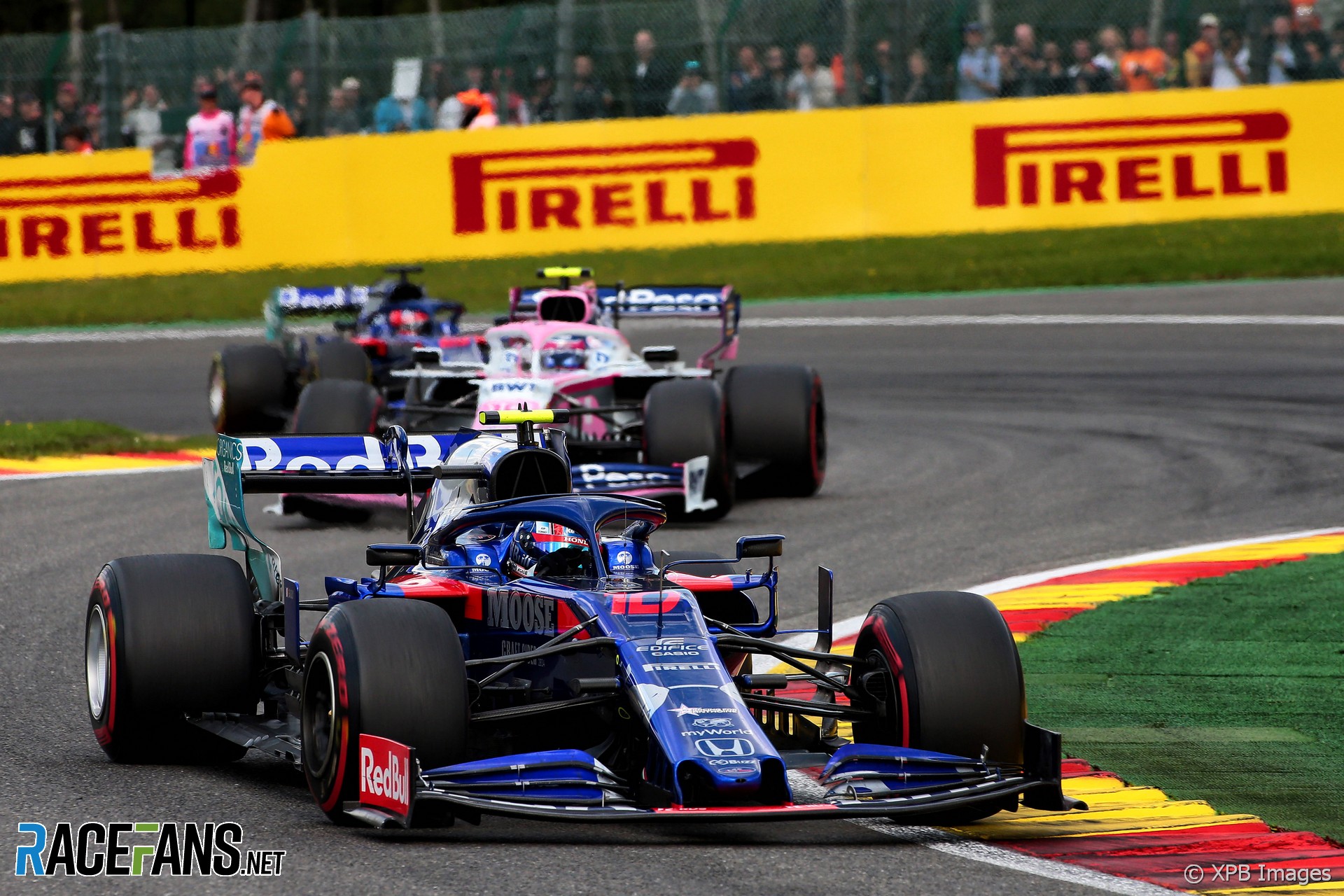 Formula 1 race director Michael Masi is reviving the use of the little-seen black-and-white flag, which he says should be thought of as “the motorsport version of a yellow card”.

Pierre Gasly was shown the flag, referred to as the ‘unsportsmanlike driving’ signal, during last week’s Belgian Grand Prix. Mas had advised drivers they would be shown the signal if they cut the apex at Raidillon three times, and any subsequent infractions would be reported to the stewards.

Gasly was shown the flag for this reason. However Masi also intends to use the flag as a public warning to drivers who are at risk of incurring a penalty for other infractions.

“The black-and-white flag, ‘bad sportsmanship’ flag, is something that hasn’t been used, prior to this, [since] 2010,” he explained. “But one of the discussions that’s been ongoing with the sporting directors is using it.

“One of the reasons I haven’t used it to date was trying to find out off as many of them why it stopped being used, and no one can come up with a valid reason. It’s one of the flags that exist in the code. Every single sporting director and every single driver is supportive of the use of it. It’s effectively the motorsport version of a yellow card.”

Masi said the discussions around reviving its use began before the Canadian Grand Prix, where Sebastian Vettel as controversially penalised for rejoining the track in an unsafe fashion.

The last F1 driver to be shown the flag before Gasly was Lewis Hamilton during the 2010 Malaysian Grand Prix. The stewards warned him for weaving on the straight to disrupt the slipstream of a driver behind.

The flag could be used for “a range of [things]”, said Masi. “Squeezing drivers, moving under brakes, all those types of things. But we see it effectively as motorsport’s version of a yellow car, to put it in football terms.”

The International Sporting Code defines the black and white flag as “a warning to the driver concerned that he has been reported for unsportsmanlike behaviour”, noting it should “be shown only once”. It is displayed motionless and should be “accompanied by a black board with a white number which should be shown to the driver whose car’s number is displayed.”