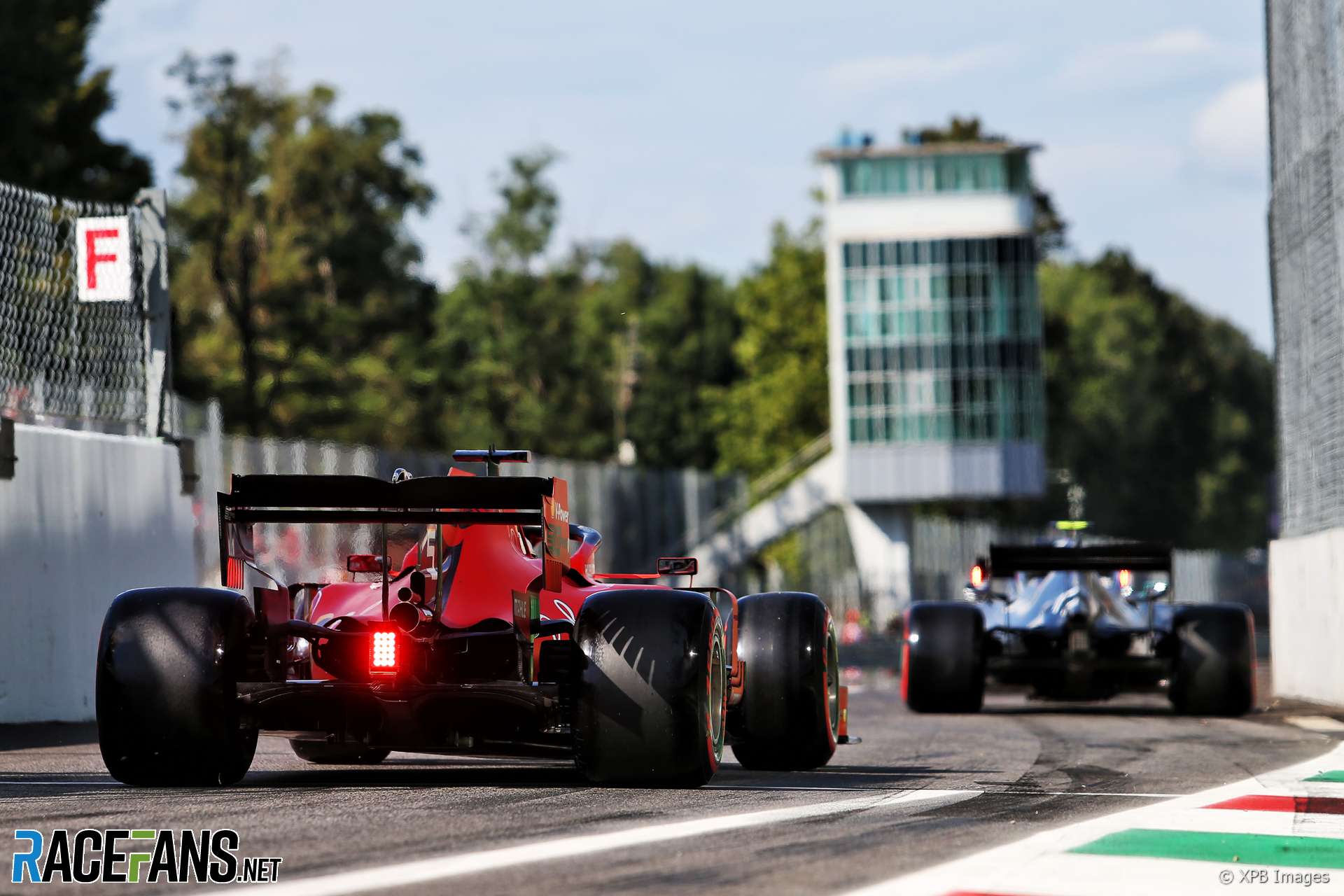 The team radio messages from all nine cars reveals much about what happened.

The key to the situation was the slipstream. Each driver want to run behind another car to boost their top speed on the straight. That meant no one wanted to be the first driver running.

A similar situation unfolded in Baku five months ago. On that occasion Mercedes sent their cars out first, then cleverly had them stop at the pit lane exit, ostensibly to perform ‘practice starts’, but actually duping their rivals into moving ahead.

It seems Renault attempted something similar. As Nico Hulkenberg joined the track, he was told to “remember the plan”, then immediately drove through the first chicane, apparently hoping other cars would pass him.

But the next driver in the queue, Lance Stroll, noticed what Hulkenberg was up to, and backed off. That prompted other drivers to slow down, and soon all of them were at risk of failing to start a time at all.

Another important detail concerned the Ferraris. Charles Leclerc was supposed to run in front of Sebastian Vettel. However Vettel passed Leclerc shortly after they left the pits. After Vettel moved to the front of the queue he dawdled, waiting for Leclerc to pass him, and holding the queue up even more. Ahead of him was Carlos Sainz Jnr, who turned out to be the only driver to get a lap time done.

Meanwhile Lewis Hamilton eyes what the Ferrari drivers were doing and concluded their real motive was to hold up Mercedes and stop them beating Leclerc’s time.

Here’s how the farcical end to qualifying unfolded, as told by the drivers’ team radios, listed in the order of how they left the pits.

Nico Hulkenberg led the field out, then immediately drove across the first corner. His first message seems to indicate this was pre-planned. Despite being told he was at risk of not making it to the line he was passed by several other cars.

Racing Point were well aware when Renault was up to. However they seemed to realise too late how much danger Stroll was in of not making it to the line. Unlike most of the other drivers, Stroll wasn’t getting a regular countdown.

The only driver who made it to the start/finish line in time to set a lap was Carlos Sainz Jnr. However like Hulkenberg and Stroll he was given a reprimand:

Although Valtteri Bottas left the pits near the front of the queue he was almost immediately passed by the Ferraris, and then Alexander Albon too.

Ferrari sent Charles Leclerc out in front of Sebastian Vettel and the pair were supposed to run in that order. However the situation became confused when Vettel passed his team mate at the exit of the Rettifilio.

After passing Stroll and Hulkenberg, Vettel repeatedly asked why Leclerc hadn’t retaken his position in front of him. Leclerc eventually did so when he was advised, but only at the end of the lap. Ironically had Vettel pressed on in Sainz’s wake, he might have been able to set a time.

The remaining drivers left the pits near the end of the queue and lost so much time early on they were never likely to start their laps on time.

Lewis Hamilton suspected the hold-up had been Ferrari’s game plan all along. He also had a near miss with Hulkenberg.

Renault sent one car out first and the other last. A mystified Daniel Ricciardo couldn’t understand why he’d been unable to set a time.