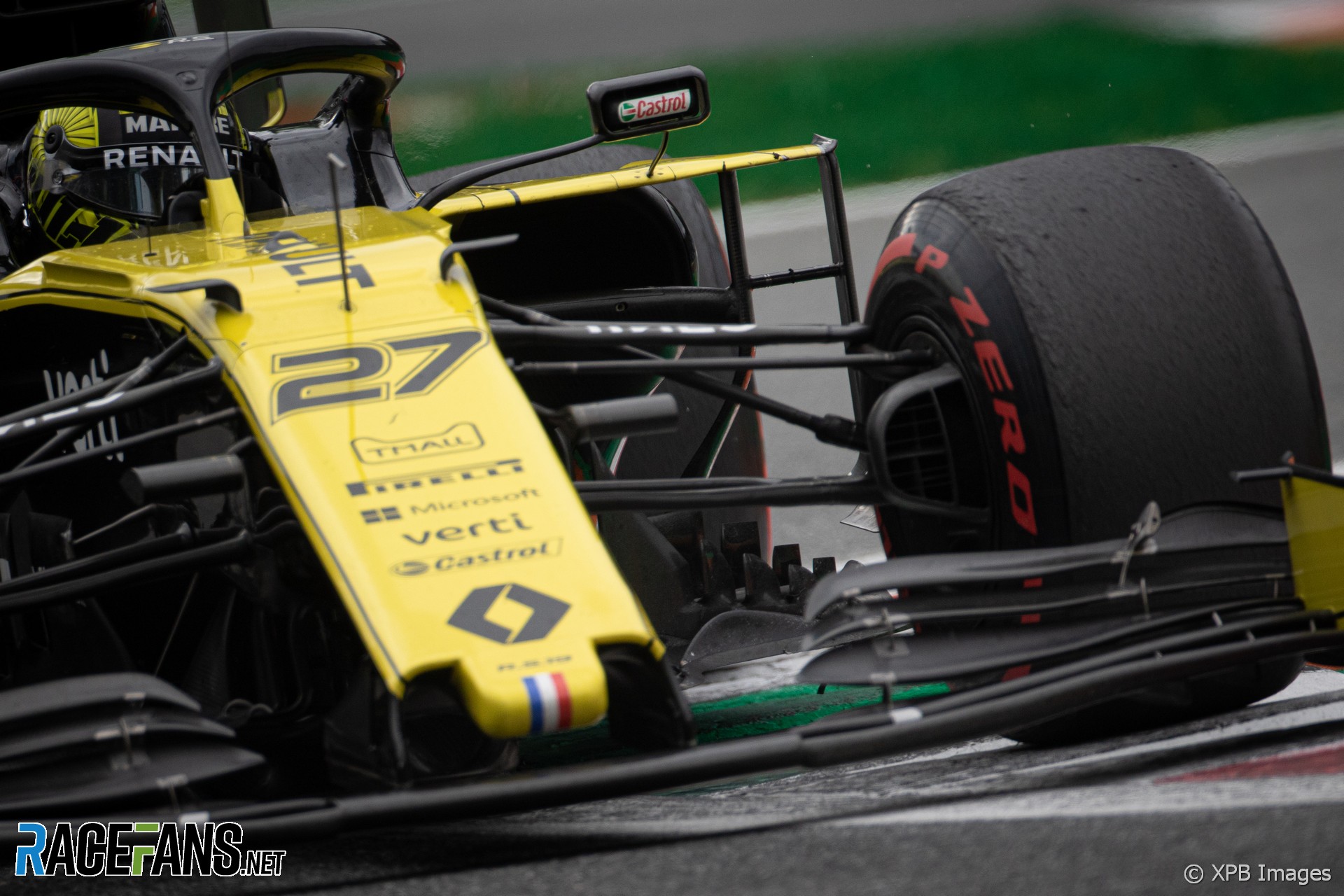 Nico Hulkenberg has avoided a penalty for cutting turn one “without a justifiable reason” during qualifying.

The Renault driver was accused of holding other cars up by cutting the chicane after leaving the pits ahead of his eight rivals at the start of the final runs in Q3.

“The driver stated that he was focussing his attention on the cars that were behind him and that he left it too late to turn the corner so he went straight ahead into the chicane,” the stewards said in a statement.

“The stewards note that the regulation refers to ‘deliberately’ leaving the track and in this case we are unable to determine that the driver deliberately left the track.”

Hulkenberg is also under investigation for driving unnecessarily slowly during the session, as are Lance Stroll and Carlos Sainz Jnr. Sebastian Vettel has also been summoned to answer charges he left the track and gained a lasting advantage when he ran wide at Parabolica.