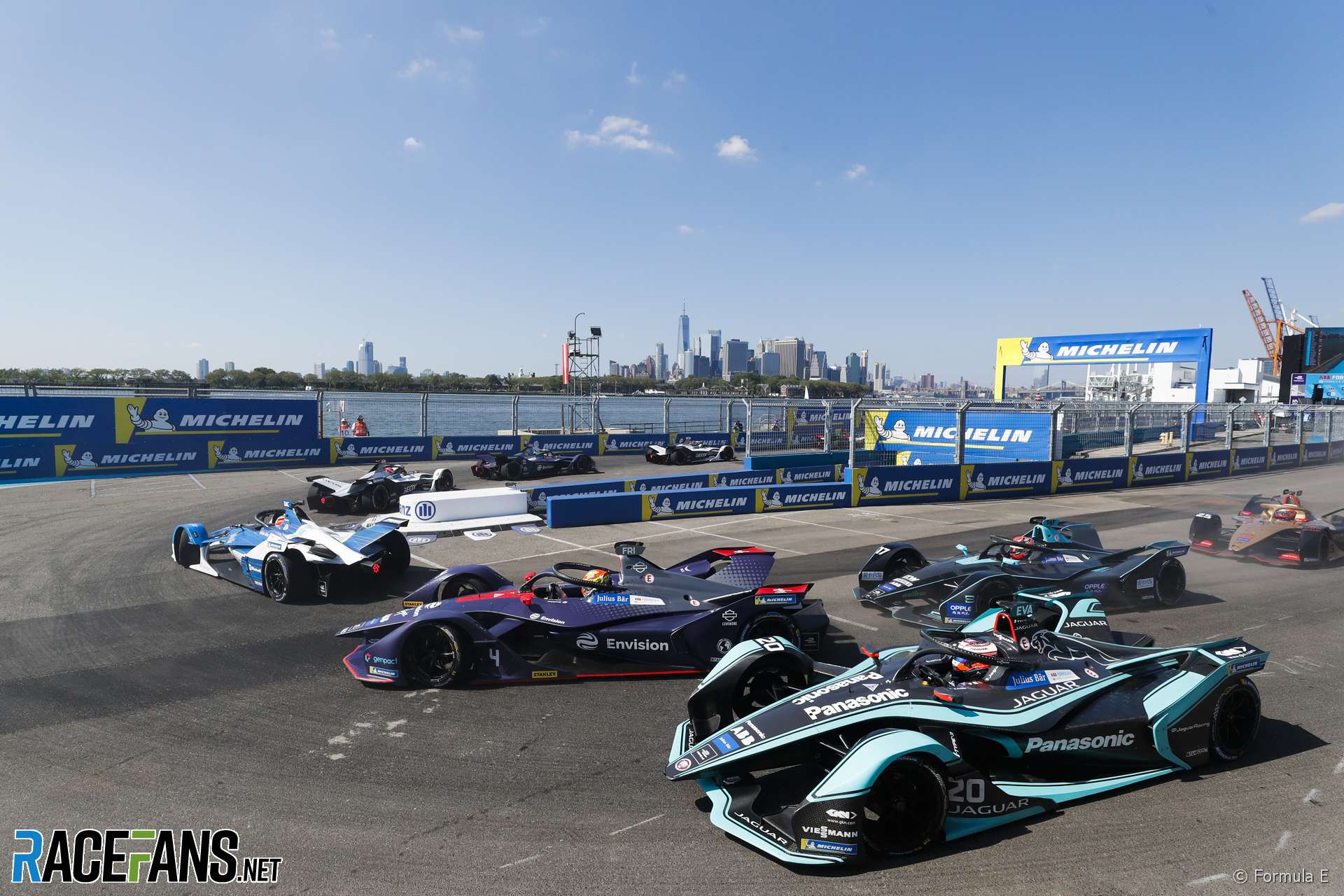 Formula E has released its preliminary financial results following the conclusion of its 2018-19 season, the championships fifth and the first for its second generation chassis.

The electric racing series will boast eight mainstream motor manufacturers – including Mercedes, which launched its EQ Silver Arrows 01 at the Frankfurt Motorshow earlier this week – when the new season begin in Saudi Arabia on November 22nd.

It reported a headline turnover of “over €200m”, a result which places the company in the black for the time since it commenced operations in 2014. The series close to bankruptcy after its inaugural season, with only a cash injection from Liberty Global, ironically as associate of F1’s commercial rights holder Liberty Media, saving the series from early oblivion.

During its 2018/9 season Formula E recorded a 24 per cent year-on-year increase in cumulative TV audience to over €400m, and a combined live audience at events of “400,000 spectators through the turnstiles.”

Speaking to RaceFans in Marrakesh in January series founder Alejandro Agag, now its CEO and chairman, forecast the boost in earnings. “If everything goes like it looks like going, this year we are going to be very close if not over €200m in revenues,” he said. “What we want here is that everybody is profitable. The teams have to be profitable and we have to be profitable.”

In that sense it’s mission accomplished. The results, however, beg the question: how much longer before the teams demand a portion of the revenues? Equally, how long before the teams demand a say in the running of the sport and framing of regulations, as per Formula 1, where the manufacturer teams have led demands for greater shares of the revenues and input into the regulatory and governance processes. When that happened, costs exploded.

At the time Agag said: “What makes sense is that first we recover our investment, then we make some profit from our investment, and then we start the conversation with the teams on how we’re going to do [any] distribution.”

Asked in an exclusive interview during Mercedes EQ launch where his company stood in this regard, team principal Ian James, said “I think we need to look at how Formula E, as that platform develops and how also the business model develops.

“They were a loss-making enterprise for the first few years, the first few seasons. They’ve started to recover now, and I think that one of the things that I really like about Formula E, I have not previously been at the sharp end of motorsport but you hear all these little things about the politics…”

James added that the series provides a platform which that “gives us access to some new target groups, some new markets. It still has the racing element in there, so my hope and from what we see as well is that we still have that engagement with the traditional motorsport fans.

“But the fact that it’s electric, the fact that it takes place in city centres, that open opens up totally new target groups to us as well from a motorsport perspective. That fits in very well with the Mercedes-Benz EQ brand.”

However, one of the dangers Formula E faces is that having eight manufacturers in the championship means ultimately one of their number must place, at best, eighth, and is at risk of being beaten by one or more the independent teams with lesser resources. Is there not a risk that FE will experience an exodus of manufacturers, as hit the premier series between 2006-09?

“We can’t all win,” agrees James. “People will struggle. This sport is hugely complex; [but] I don’t believe you’re ever going to get into a situation where you see the dominance that you see in other series.

“I think it’s healthy for that as a new series, as a start-up because we’ve still got a lot of work to do to generate the interest in that, and the fan base that’s going to be needed to make it sustainable. From our perspective we’re approaching it with a good dose of humility for the first season, but we’re racers at the end of the day.”

A further challenge the series faces is to contain costs while pursuing technical innovation, for in motorsport terms the two are mutually exclusive. Although bodywork, chassis and batteries are controlled, drivetrains enjoy an element of freedom, and James is concerned that restrictions could make the series less attractive to manufacturers seeking to use Formula E as a showcase for their products.

“I’m super-sensitive at the moment that this needs to be something where Mercedes-Benz and [parent] Daimler need to continue to see the value in doing it,” he admits.

“So I think that, yes, the teams, the independent teams maybe have to be slightly more careful but at the same time I see it incumbent on all of us to make sure it doesn’t get out of control.”

That, and not growing revenues and profit sharing, would appear to be Formula E’s biggest challenge as its new season nears.