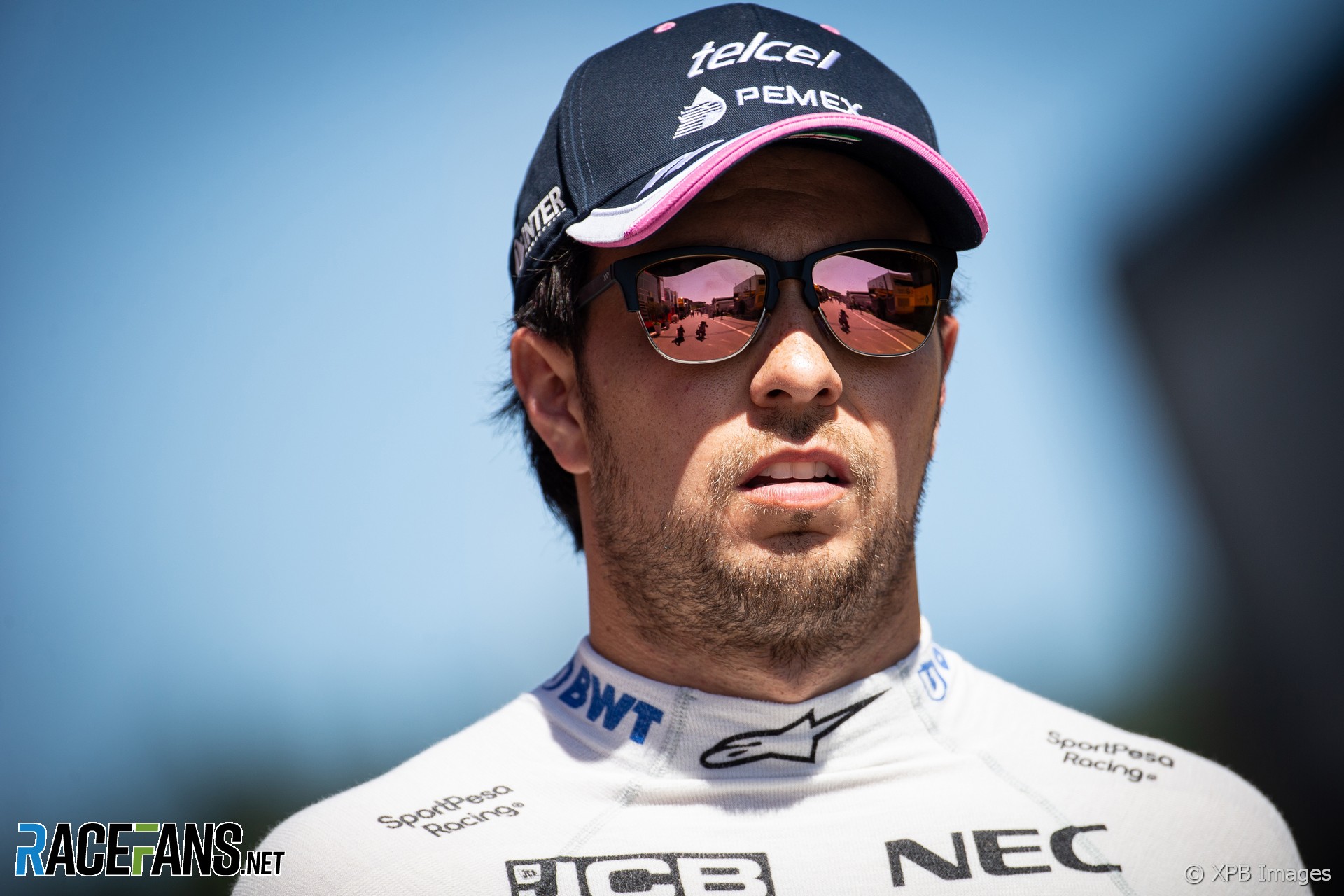 Szafnauer says Perez’s to commit to the team for the long term shows his confidence in their plans for the future:

Sergio knows what our plans are and what we’re trying to do for the future. And for him to say ‘I want to be here for three years’ is a big deal. In years past it was always year by year by year. So that’s an indicator.

I think it’s great. He knows us as well, he knows the team, he knows what we’re trying to do and on a Sunday he’s a great driver.

He did a great job in Spa, very calculated overtaking manoeuvres, doesn’t take too many risks. In all the years I’ve been working with him he’s got a very cool head, knows what he’s doing. I think he’s only lost it once which was in Singapore when he went into one of the Williams, Sirotkin. But apart from that cool head, very good on a Sunday, great overtaking, defends well.

Rival Brazilian Stock Car teams surprised fans by swapping parts of their liveries in last weekend’s race at the Velopark. Ricardo Zonta and Julio Campos exchanged the bonnets on their cars to promote awareness of organ transplantation.

The team behind the Goodwood Festival of Speed are bringing the event to America. The first Festival of Motoring USA will be held at @RoadAtlanta on April 29th – May 2nd 2021. pic.twitter.com/jzH83LwTRK

Ricciardo: 'This season emphasised my love for Formula 1' (BBC)

"Looking at next year, it seems like they want to change the whole aerodynamic philosophy of the car. Instead of focusing on this part of the car, say the middle part, and trying to generate as much downforce in the middle, it's like, no, we need to focus on the front."

Bernie Ecclestone says he sees no reason for a major overhaul of F1's technical rules in 2021, though he would like to bring back naturally aspirated engines.

"Kubica is one of several drivers under consideration to partner George Russell at Williams in 2020 and has also admitted to looking to alternatives outside F1."

"The problem is, I just can't help myself sometimes. My nature is to always go for a higher position. I've had to work on pulling myself back."

"Gernot Bauer, Eurosport’s incoming head of motorsport, puts it bluntly. 'As a broadcaster, I won’t pay a lot of money if every federation has a competing product because it puts so much challenge on us as a broadcaster.'"

"Reigle was until recently the executive vice president of business operations for the Los Angeles Rams NFL team."

Antonio Giovinazzi: "The result in Monza was a big confidence boost and I am looking forward to another good race in Singapore."

"We are working on a number of additions and fixes which are currently making their way through the testing process. Below are just some of the issues that we are looking at addressing in the next couple of patches: Balanced AI pace in the wet; Ability to disable voting in Leagues; Fanatec DD1 wheel base not being recognised on PS4."

"I personally love street circuits. I’d welcome a lot more street circuits on the calendar. I think they’re more exciting and more challenging, as well, because the margin for error is smaller."

I’m glad that silly little detour is going. Hopefully the track will go straight on from turn 16 to 19 with no silly chicanes or water splashes in the way. It will create an excellent overtaking spot at 20 and shorten the lap time considerably.
Nick Wyatt (@nickwyatt)