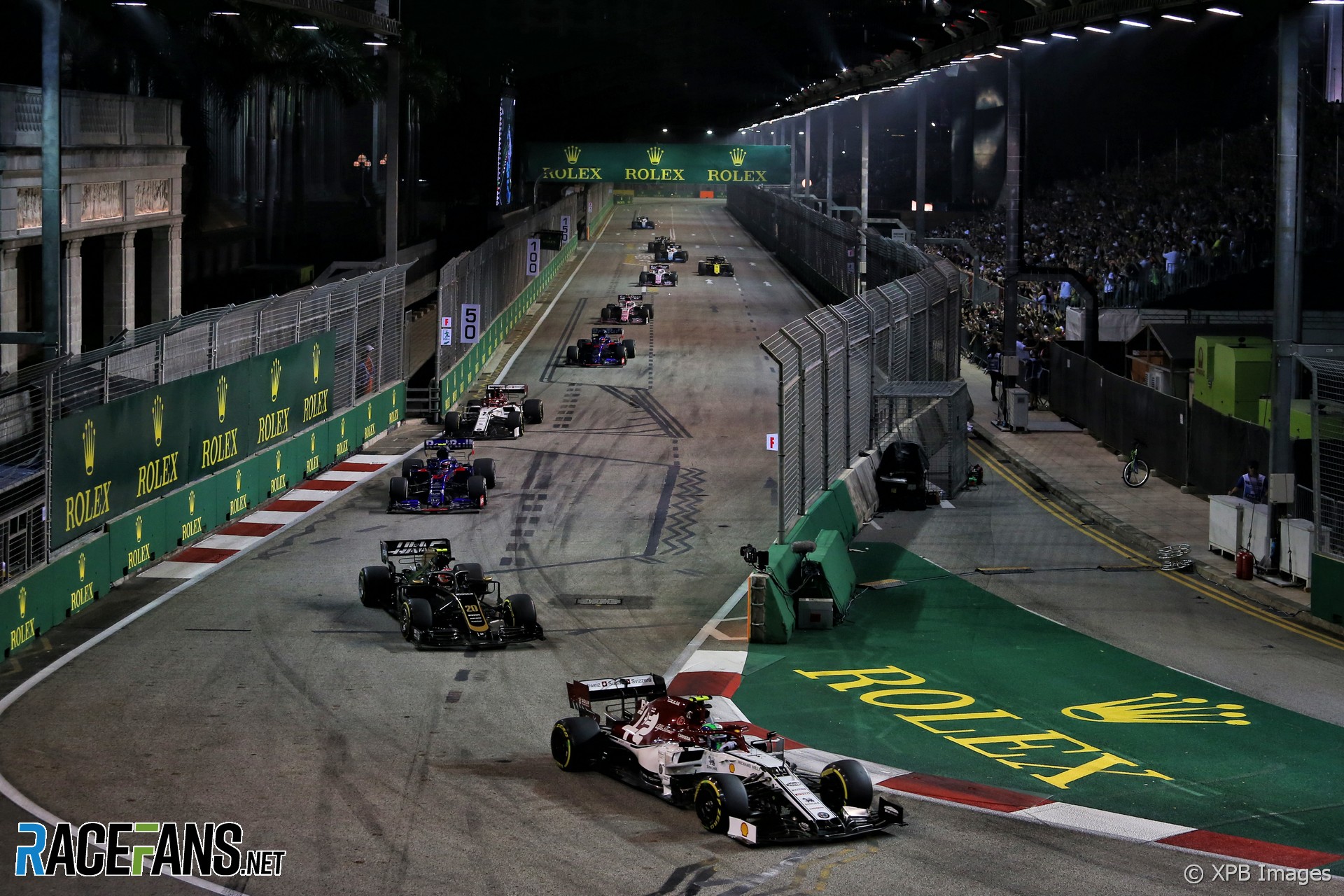 Antonio Giovinazzi has been given a 10-second time penalty for driving too close to a crane during a Safety Car period.

The decision does not affect his 10th place finishing position as he finished 16 seconds ahead of Romain Grosjean.

“The race director had instructed all cars to stay to the right at the incident at Turn 8, because of the crane and marshals working the crash at that location,” noted the stewards. “There was a double waved yellow before the incident.

“While the stewards accepted the explanation of the driver that he felt he was going sufficiently slowly, and while he was driving to his SC delta time, he did however end up driving closer to the crane and marshals than was felt safe by either the marshals on location or the race director. The stewards concur. The driver had been told of the location of the incident and to stay right, but may not have considered that the crane was moving.

“The stewards consider this to be a potentially seriously dangerous situation and a risk to the marshals, and order a ten second penalty.”

The stewards also cleared Giovinazzi’s team mate Kimi Raikkonen and Daniil Kvyat over the collision between the pair at turn one.

“Kvyat explained that he saw that Raikkonen was slowing and harvesting [energy] into turn one,” they noted. “He moved to the inside and attempted to make the pass. He was on soft tyres.

“The stewards accepted his explanation that he felt he could make the corner. Raikkonen explained that he had seen Kvyat earlier, but had not expected him to be so far into the corner when he turned in.”

Browse all 2019 F1 season articles ahead of 11th-placed Romain Grosjean.

20 comments on “Giovinazzi penalised for driving too close to crane”