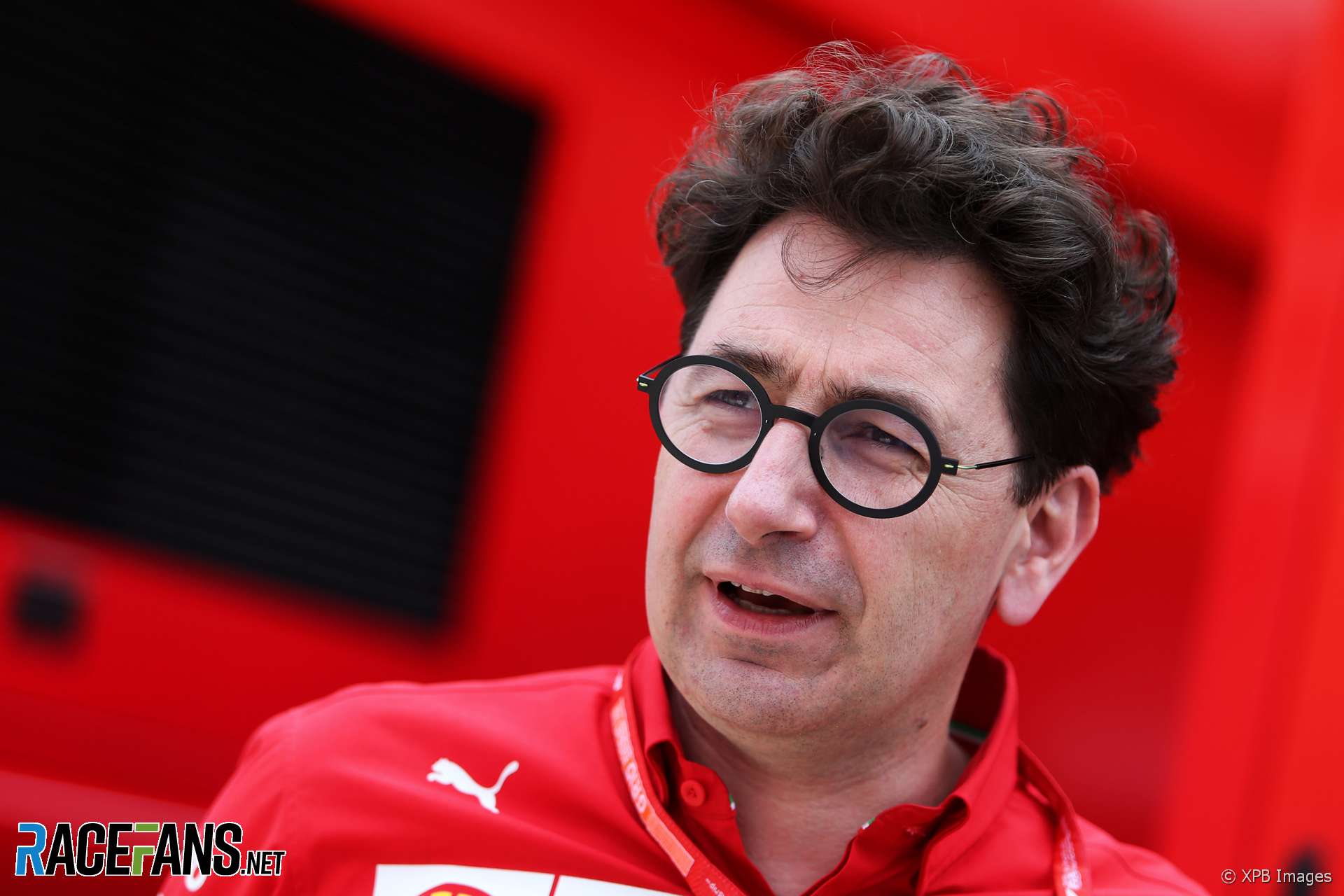 Leclerc expressed surprise after he lost the lead to team mate Sebastian Vettel through the pit stops. After he asked whether the team intended to keep the drivers in the same order, Leclerc was told the decision would be taken later in the race.

The team left the drivers in the same order, after which Leclerc told them he didn’t understand the strategy and wanted to discuss it after the race. The team’s sporting director Laurent Mekies then took over from Leclerc’s race engineer on the radio and repeatedly told him to concentrate on the race and not take any risks trying to overtake Vettel.

Binotto told Channel 4 Leclerc’s messages to the team had been inappropriate. “I think there are some things that should not be said on the radio because at the end it would not have changed our decision, or it will only somehow increase the excitement of the race itself,” he said.

“There are times to say something and times not to say. I think in that respect he knows that he has to learn and the fact that he apologised means he understood.”

Leclerc said after the race the team’s replies led him to believe they were considering giving him the lead of the race back. Binotto did not address why Ferrari did not switch their positions, but insisted they would be prepared to use the same tactics again.

“We discussed but I think the undercut was not there to put Seb in front of Charles but to put Ferrari one and two. If we got any opportunity to do the same I think we’ll still do the same.

“That was the message to Charles which he understood. So certainly we had our discussions, we talked about it, but we are all on the same page.”

Although Vettel was out-qualified by Leclerc again in Russia, Binotto said the four-times champion’s race performances remain his strength.

“Charles is certainly very fast in the quali. Seb is doing [well] in the race, managing the pace, managing the tyres, and as a matter of fact he started third in Singapore and finished first.

“I think again it can be a great race for him, even starting third he can have an opportunity at the start itself making eventually the jump and then having a good race pace and a good race.”