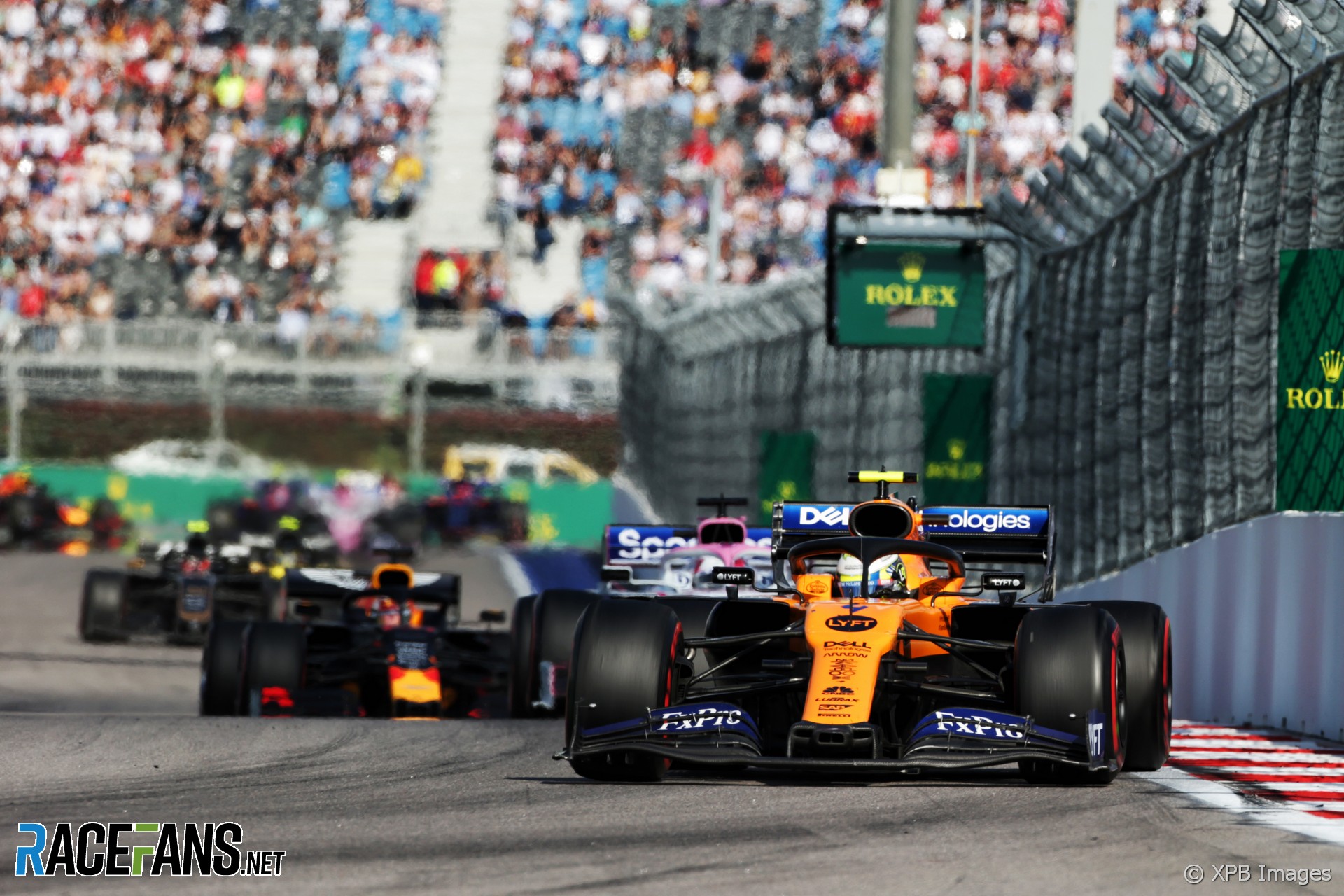 McLaren team principal Andreas Seidl says the caution periods during the Russian Grand Prix cost the team the chance to beat one of the Red Bulls.

Seidl believes Carlos Sainz Jnr and Lando Norris would have finished ahead of Alexander Albon if the Safety Car period hadn’t helped the Red Bull driver to catch up.

“I think without the Safety Cars we were in good shape to do a P5 and six because I think it would have kept Albon far away. And with only [Kevin] Magnussen I think with the pit stops after we have done them, if Magnussen goes in the normal rhythm he goes back as well. So P5 and six was possible without Safety Cars and Virtual Safety Cars.

“But then after all the Safety Cars and Virtual Safety Cars. Carlos couldn’t have done more than P6 because Albon got close and Albon simply has a better, quicker car. So Carlos did well.

“On Lando’s side also with [Sergio] Perez and Magnussen they got just too close with the Safety Cars and then he couldn’t hold them behind. I think they had fresher tyres [by] some laps.”

However Seidl said he was pleased the team extended its lead over Renault in the constructors’ championship.

“It was good obviously scoring 12 points, another 11 points on Renault. It’s the first time we’ve been back above 100 points as a team since 2014.

“Great restarts from both [drivers]. And what was important for us as well, after we had some struggles in previous races, that we had two good pit stops again which was important for the team to build up the confidence again.

“So I’m very happy especially after a difficult Friday that the team here together with the drivers and together with the team back home, pulled together and analysed really in detail what they wanted to do for Saturday, made the right calls and have then a competitive car. I think we clearly had the fourth quickest car again today.”