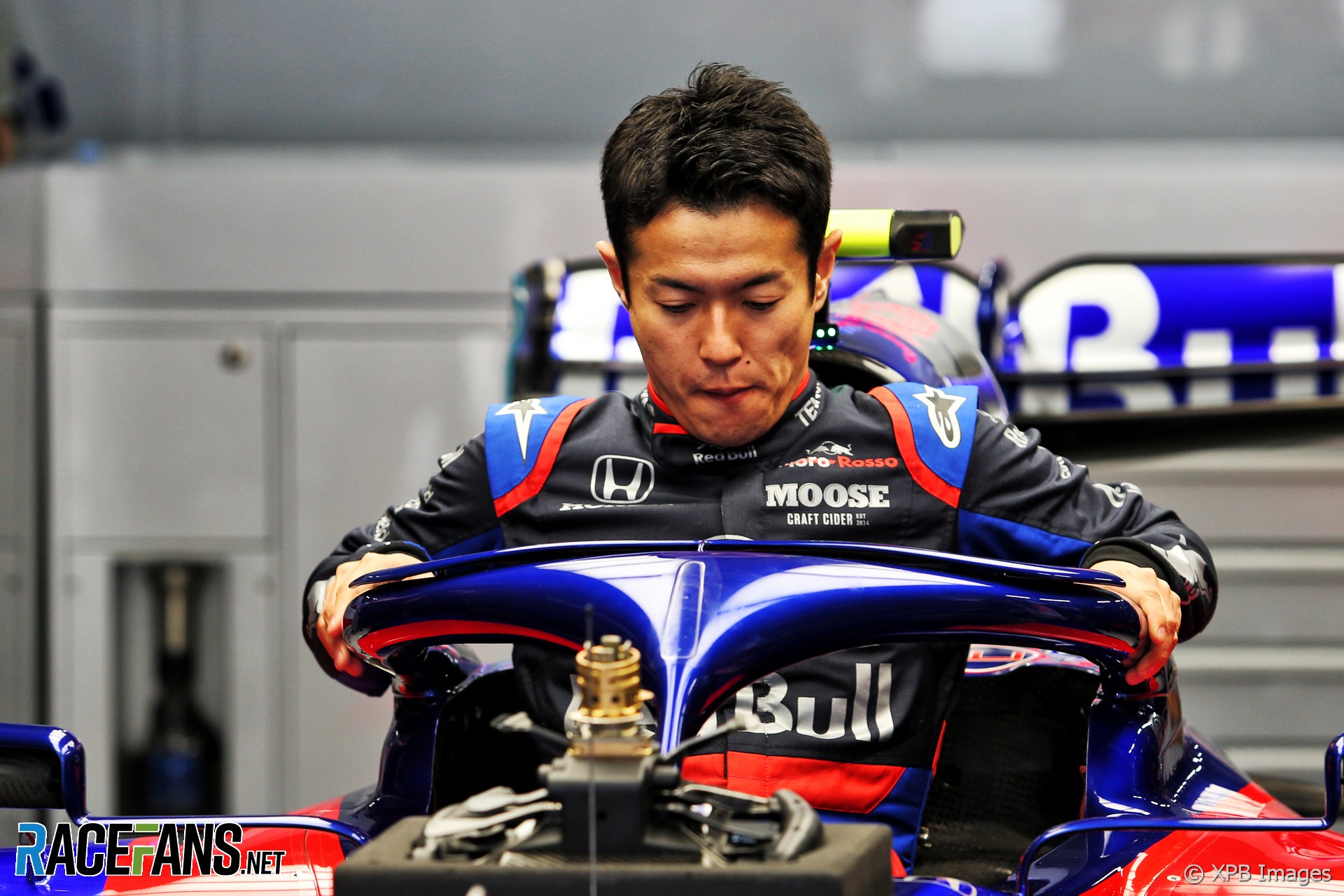 Yamamoto, 31, is the reigning champion in Japan’s Super Formula and Super GT championships. He won the latter jointly with 2009 F1 champion Jenson Button, who described Yamamoto as an F1-grade talent.

In his first F1 run for Toro Rosso today Yamamoto lapped Suzuka in 1’32.018. This was within a tenth of a second of regular driver Daniil Kvyat’s best time, though Kvyat ran on medium tyres at the end of the session while Yamamoto was on softs.

“I don’t know the exact ins and outs of their run plans,” Horner told Sky, “but you’d have to say it’s pretty usual that they run a standard setting across the two cars. So he’s done a pretty decent job there.”

Yamamoto has extensive track experience at Suzuka, where he has won five Super Formula races en route to his two championship victories since 2013.

“He’s done a very good job for his first session here in a Formula 1 car,” Horner added, “I think he acquitted himself very well.

“It’s a circuit he knows extremely well, he’s had a very successful career racing over here with Jenson in the GTs. So he doesn’t fit the criteria at the moment but he’s certainly worth giving a run and have a look at today.”

Pierre Gasly, who raced against Yamamoto in Super Formula and relinquished his car to him this morning, said he rated Yamamoto highly.

“He actually I apologised to be in my car! There is no big deal about it, it was already planned at the beginning of the year.

“I said just enjoy every single lap because I know Naoki, he’s a really good guy, really fast, really talented. He knows Suzuka more than anyone else I think on the planet.

“It’s a dream to drive this kind of car so I just said enjoy every single lap you have out on track. I gave him a few tips because for sure compared to Super Formula tyres, car behaviour is different. He’s been in this sim and there were a couple of things he found really different to the Super Formula.”