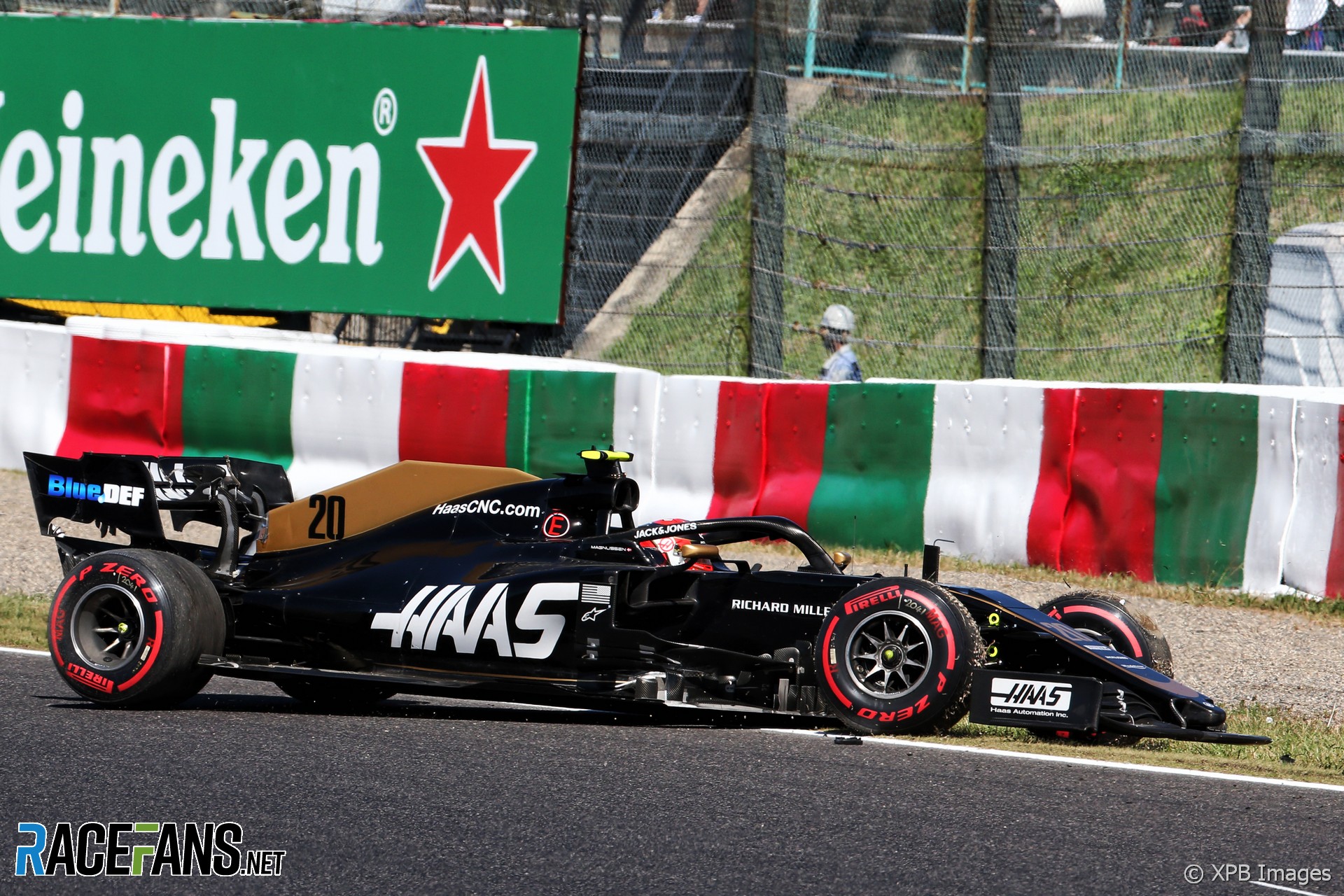 Kevin Magnussen described his crash in qualifying as “embarrassing” and said it spoiled his chance of scoring a better result in the Japanese Grand Prix.

The Haas driver said he was caught out by a gust of wind at the start of his first run in Q1 and spun into a barrier, leaving him 19th on the grid.

“I went on power and I had full throttle,” Magnussen explained, “and then suddenly I got wheelspin and spun around which was unfortunate and quite embarrassing really, but shit happens.”

He finished the race in 17th place with only the two Williams drivers behind him.

Magnussen believes the car the potential for a better result this weekend.

“If we had hooked everything up, if I started up where I should have and got as good a start as I did get then I would have been in a much better position,” he said. “Then probably with a better pit stop and strategy I could have scored points. So it’s frustrating.”