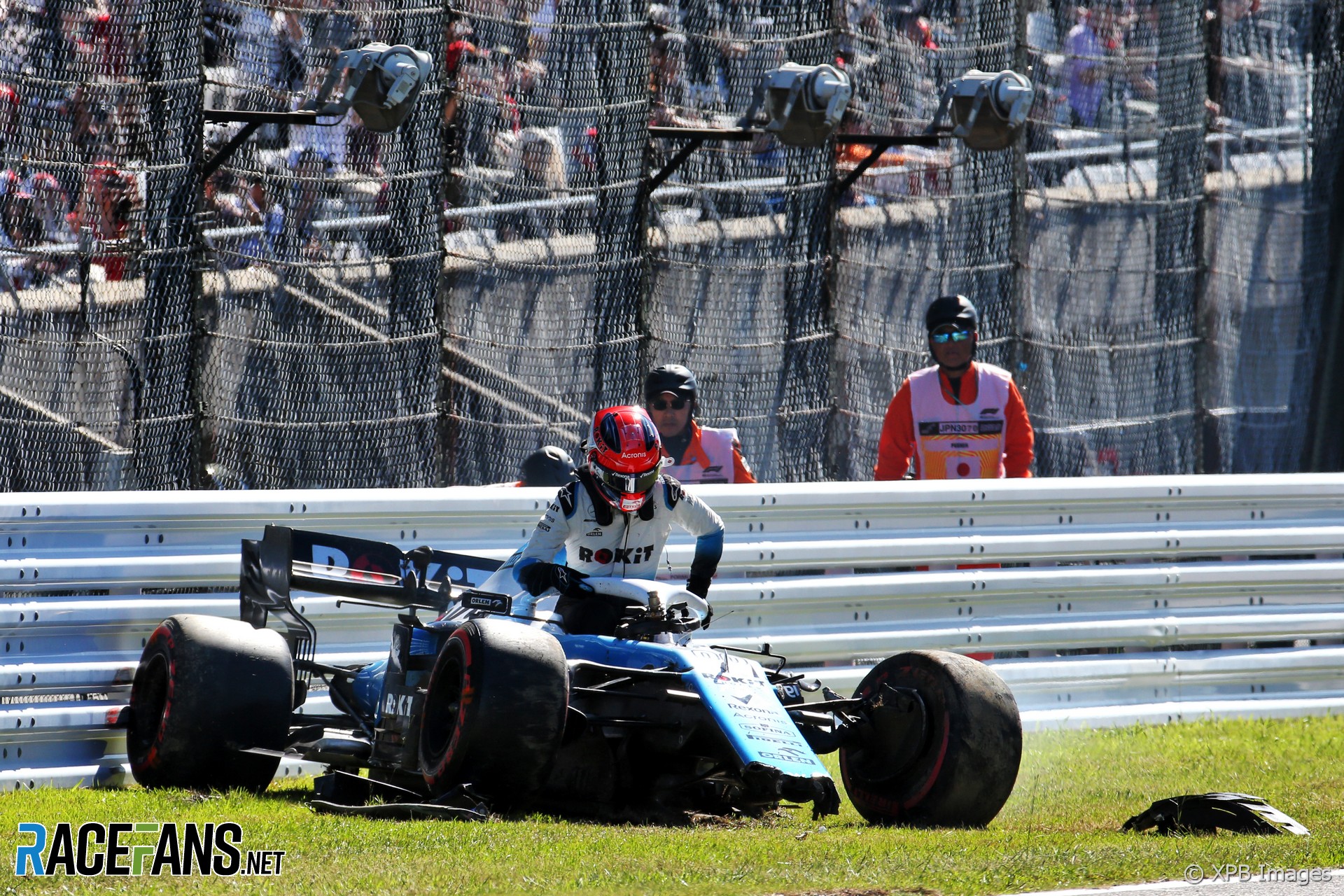 The decision not to race a new specification front wing on Robert Kubica’s car at Suzuka was vindicated by his crash in qualifying, says the team’s deputy principal Claire Williams.

Kubica criticised the decision to switch him back to an old-specification front wing after he used the new version in practice. That older wing was then destroyed when Kubica crashed at the beginning of his first lap in qualifying.

“I think what happened in qualifying proved that we probably made the right decision because we did not want to jeopardise that front wing,” said Williams.

“It was a very clear decision. That front wing was never supposed to be raced anyway on Sunday. That wasn’t the intention. It was going to that event in order to evaluate it, it was its first outing, the factory had done an extraordinary job just to get it to that race because of the attrition that we’d had prior to that.

“It was a test item for Friday running only. It obviously proved to be a pretty strong component. But because we’ve got a lot of evaluation work to do on it to understand why it’s as strong as it is we didn’t want to take the risk particularly on a weekend where the weather wasn’t ideal.

“We chose not to run it and as I said, it proved to be the right decision because otherwise we would now be down a brand new front wing that the put a huge amount of work into in order to get it to that event and we’ve still got a lot of work to do to evaluate it which was the plan coming here, and for Austin as well. And we would have jeopardised that if we put it on the car.”

Kubica indicated some team members at the track wanted to run the piece but were overruled. “I wasn’t here that weekend,” said Williams, “so I don’t know what conversations went on behind the scenes in engineering. Prior to going into the weekend the plan was not to run that front wing.”

“At the end of the day, the decision on something like that would always stop with me whether I’m there or not regardless of any conversations that might happen at the track,” she added.

“The decision, as I said, was the right one. I don’t think that it’s right or necessary even to go into the ins and outs of who said what over a race weekend, it just sounds like we’re airing our dirty laundry in public and I’ve got no intention of wanting to go down that road.

“We made the right choice for the team over that weekend based on what we’ve got to achieve over the coming weeks and months to make sure that we make sure that next year’s car is the best that it can be.”

Williams said she understood Kubica’s frustration at not being able to race a part which could have made the car quicker.

“I probably wasn’t wholly surprised [by his reaction]. I’m sure for Robert it was frustrating for him.

“That front wing was worth quite a lot of performance and as a racing driver he’s going to want to have the best car that he can have on a Sunday.

“But again, when you think about the global perspective, you’ve got to take all of those considerations and what’s right for the team as a whole, not just one element.”