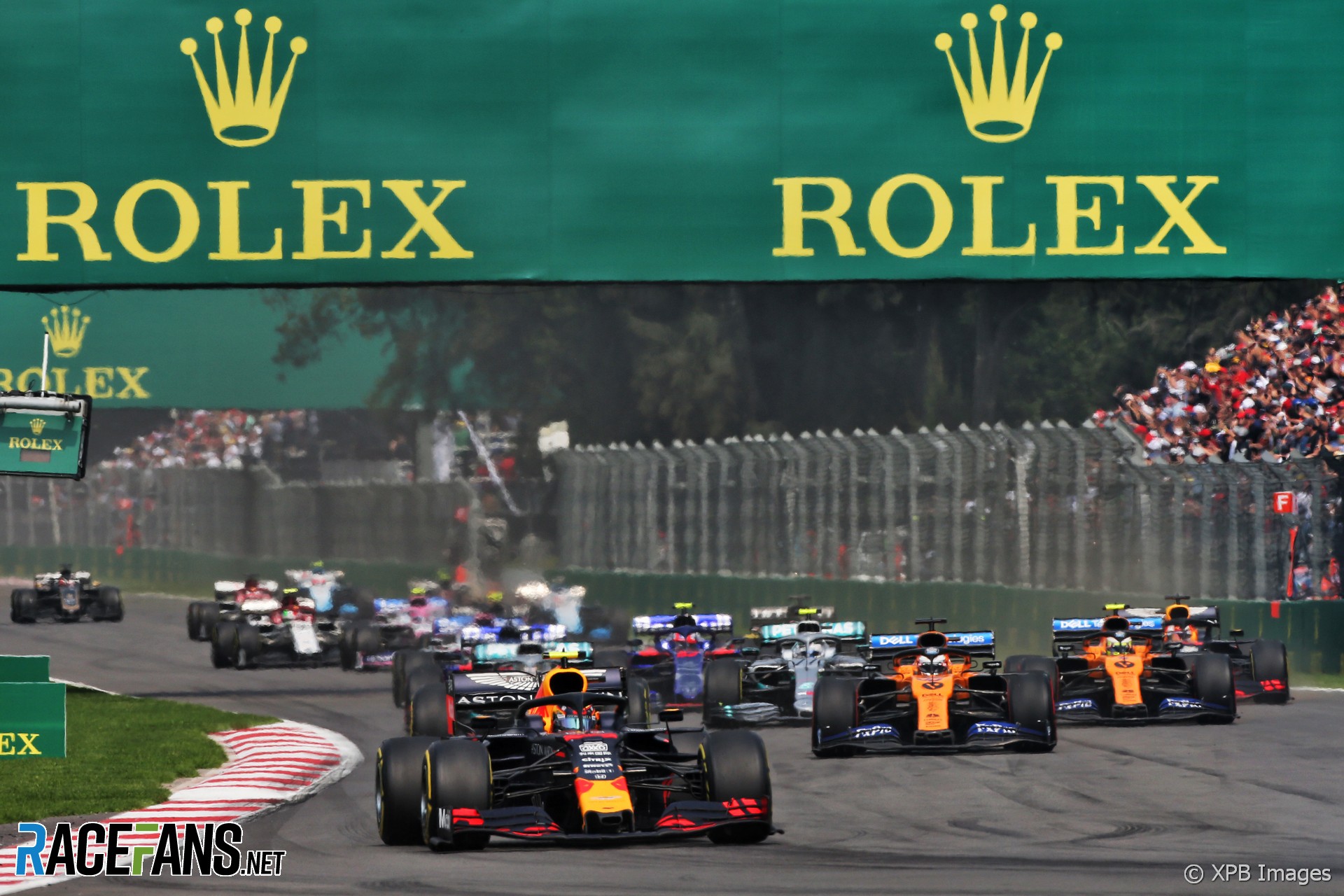 Alexander Albon believed he had a chance for his first podium finish in the Mexican Grand Prix today.

The Red Bull driver dropped out of third place after he committed to a two-stop strategy at his first pit stop, and ended the race in fifth.

Asked whether he thought during the race he could finish on the rostrum today Albon said, “Yeah, the first 15 laps!”

“Then we did the two-stop, obviously. I’m not sure if we could have done one-stop. I think we will have to have a better look at it.

“In some bits of the race our race pace was quite good on used tyres. And then, saying that, I think we’ll have to have a better look at the factory and see if we could’ve done it.”

Having been the first of the front-running drivers to pit, Albon lost time behind Carlos Sainz Jnr’s McLaren, which allowed the Mercedes drivers to get ahead of him.

“The real problem was every time I did a stop I’d come out in traffic [and] fight,” he said. “I lost a lot of time with Carlos.”

Albon admitted he was surprised how much of a fight Sainz put up. “I was a bit confused because I didn’t think I was racing Carlos,” he said. “And I don’t think we were. But he defended well. I lost like six seconds or something stupid. So that was a bit of a shame.”

8 comments on “Albon thought he had chance for first podium”