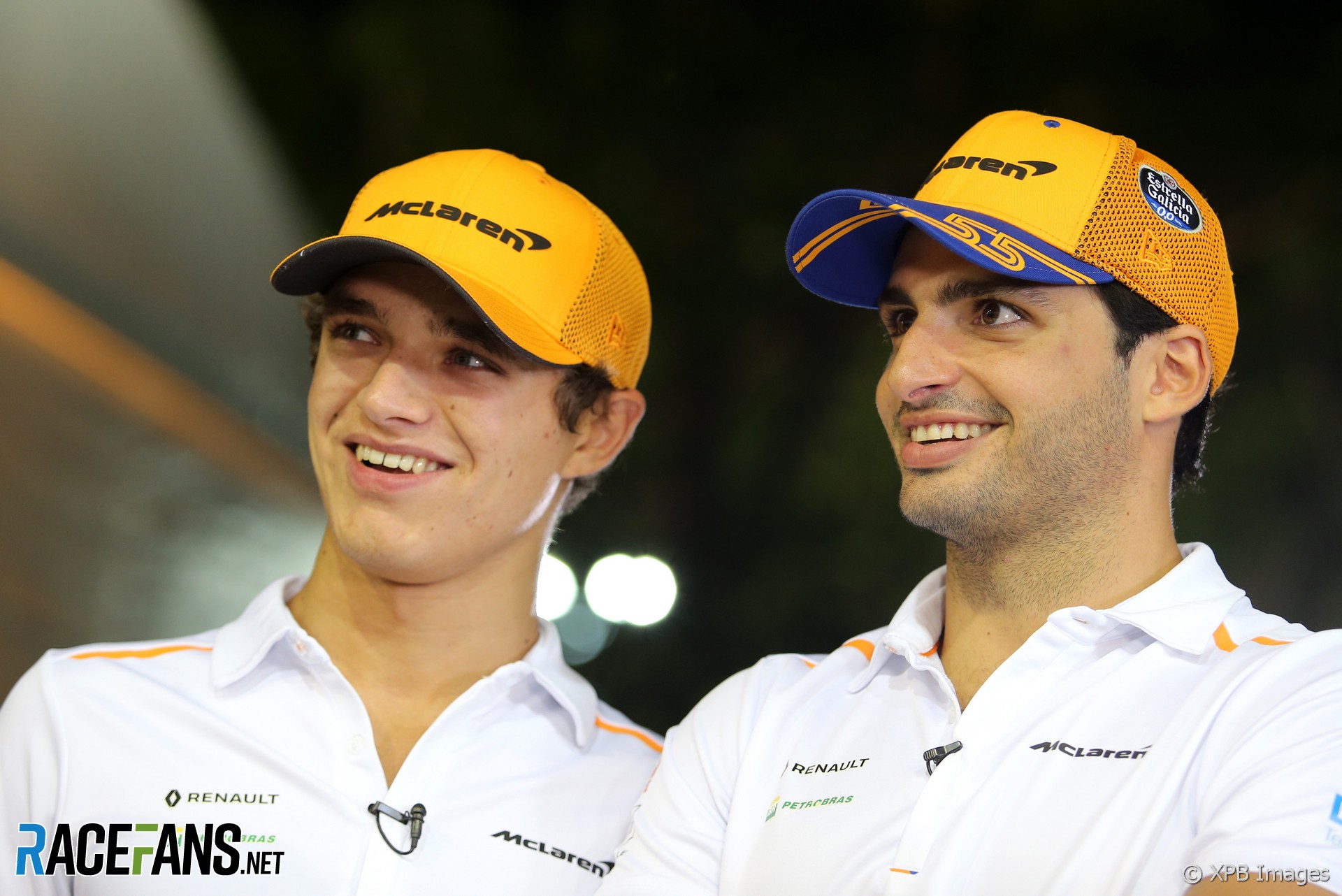 McLaren drivers Carlos Sainz Jnr and Lando Norris are very close in performance despite the gap between them in the championship, says team principal Andreas Seidl.

With two races left to go, Sainz has nearly double the points of his rookie team mate. But Seidl said the pair, who will continue to drive for McLaren in the 2020 F1 season, are very closely matched in terms of performance.

“When we do the analysis of Lando and Carlos, for what they have done both so far this season for qualifying and for race pace, they’re both within a tenth [of a second],” he said. “So they both do a great job.

“Lando was simply unlucky now in a lot of races with technical issues. Or issues like he had in Suzuka with simply being unlucky with the brake duct being blocked and lost a lot of points due to that.”

Norris was running sixth at Suzuka when he picked up debris in his brake duct from Charles Leclerc’s damaged Ferrari, which forced him to make an early pit stop.

At the same time Norris came under attack from Alexander Albon. The pair made contact as Albon passed him at the chicane, and Norris went off the circuit.

Following the race Norris initially said his rival’s move had been fair, but changed his mind after reviewing video of the incident.

“As soon as I watched it back then it looked very different to how it felt,” said Norris. “He came from a very long way back. The angle he came into that corner was very acute for how he was going to make it into the corner. He ended up with two wheels on the Astro[turf] and there was contact.

“I was a bit annoyed with what was happening, the situation I was in with the brakes and everything. I wasn’t as annoyed maybe as what I should have been with what he did. If that happened again, I think I’d have a different opinion from what I said post-race in Japan.”