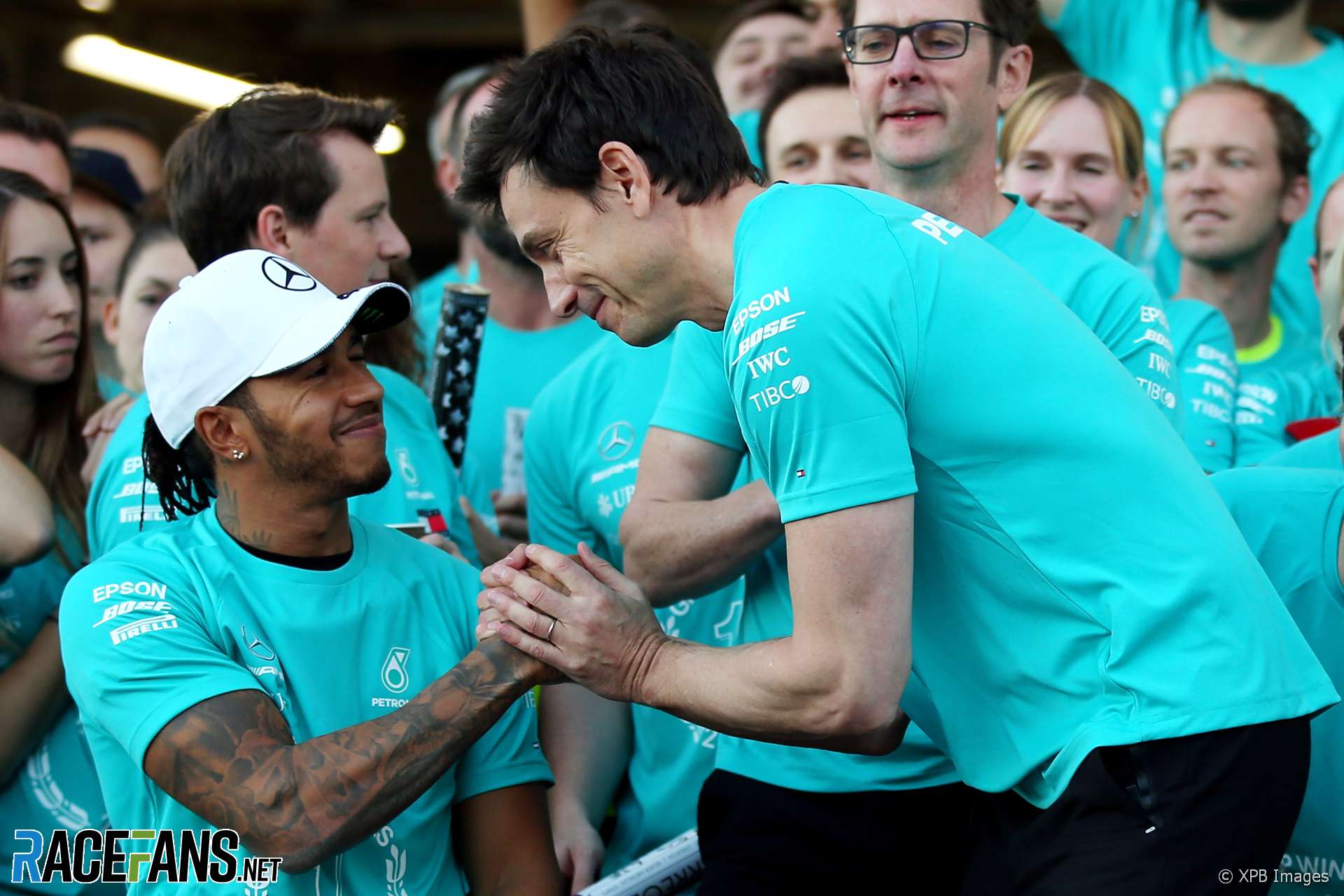 Lewis Hamilton says his decision whether to continue with Mercedes beyond the end of the 2020 F1 season will be influenced by whether team principal Toto Wolff remains in his role.

Hamilton and Wolff’s contracts with the team expire at the end of next year. As RaceFans revealed in May, Wolff is a potential target for Liberty Media, who may wish to place him in the CEO role currently held by joint chairman and CEO Chase Carey.

Wolff did not attend the last round of the championship in Brazil, which was the first race he has missed since 2013. Hamilton is concerned how Mercedes would fare if Wolff left for good.

“It’s a difficult one because I’m always supportive of everyone within my team,” he said. “I know that being stuck in a position for too long can also not always be positive.

“So I always want people to constantly spread their wings and do what is best for their careers. I don’t know what that is for him. He will know.

“But I also know that the as a figurehead of a business, you’ve got to have the right people in place. He is and has been the right person, he has been the perfect match. So naturally I don’t want him to leave, particularly if I’m staying in the sport. But again, ultimately, that’s going to be his choice.

“If you look at some places, what has been built will continue for a period of time. But then a new person that comes in will then start doing things their way and, most likely, more often or not, could go the wrong way.

“But again, this team is not one person. It’s a huge group of people. And they’re not going to be leaving, in general, so they will still be able to do the job they do. That is important for me.”

Hamilton added Wolff’s decision will play a role in determining his own future at the team. “I’m waiting also to see where he is, where his head is at.

“The sport could also be in a good place with someone like him running it. But I don’t know if that’s more of a fun experience as opposed to in a team and winning. But again, that’s down to him.”