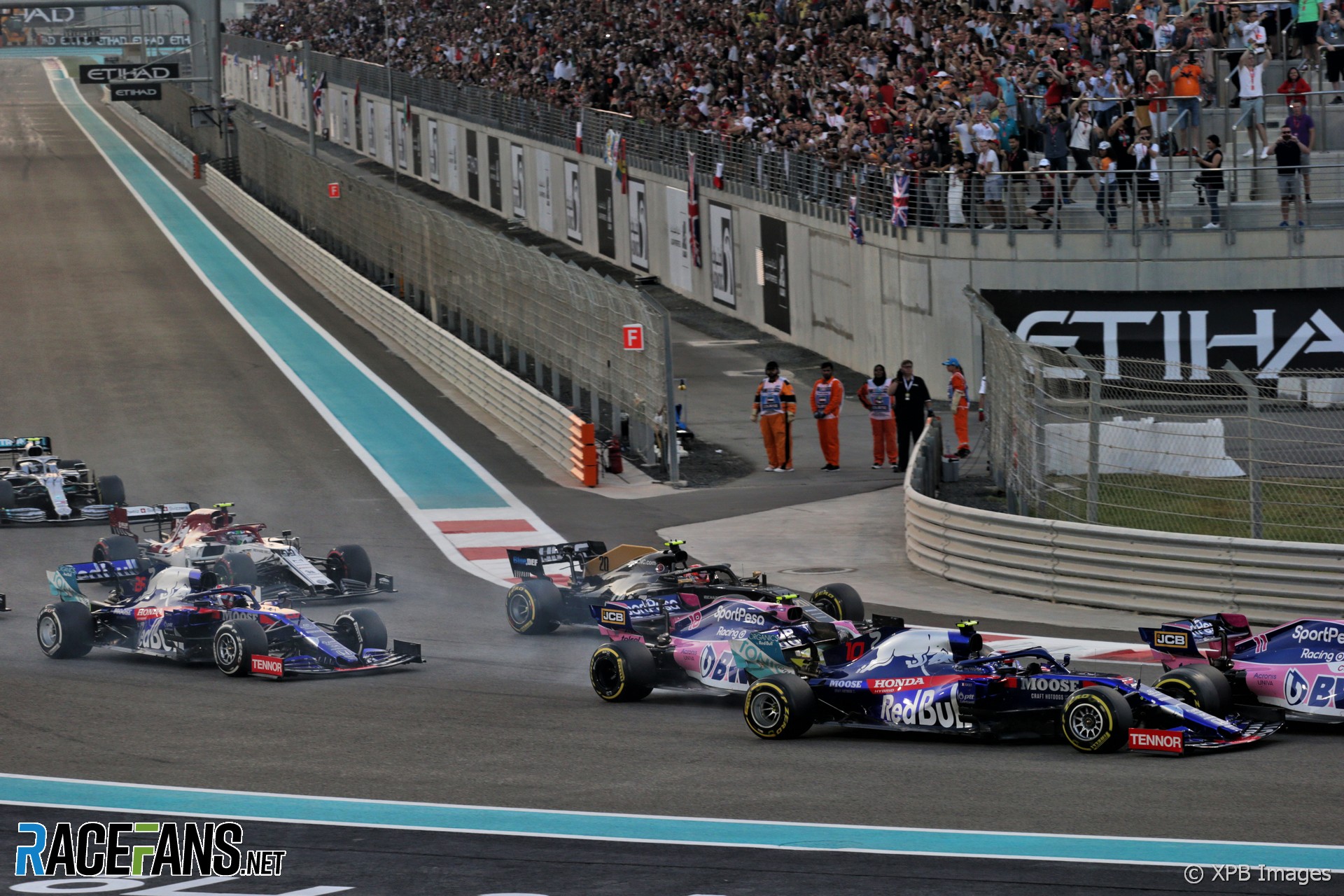 Pierre Gasly said his first-lap contact with Lance Stroll cost him the chance to stop Carlos Sainz Jnr beating him to sixth in the championship.

Gasly and Sainz went into the final race tied on points. Gasly tangled with Stroll on the first lap and was never in contention for the top 10.

Sainz began the final lap out of the points in 11th. But the McLaren driver overtook Nico Hulkenberg at turn 11 to claim tenth and take the final point which moved him ahead of Gasly in the final standings.

As soon as he crossed the finishing line, Gasly asked for an update on the finishing positions of Sainz as well as Albon, who also could have taken fifth place.

“Are you kidding me?” Gasly answered. “We should have been right there if not for fucking Stroll, it’s always the same story with him.”

Speaking to RaceFans after the race Gasly said: “I’m just pissed off because I didn’t take the fight to Carlos and we clearly had the car and the pace to do it.

“We had a good advantage starting in P11 on the grid, Daniil [Kvyat] was two places behind and he finished ninth. I wasn’t really looking at Alex but more Carlos to finish ahead of him. Today we had the opportunity and from what I could see so far Lance just ruined everything.”