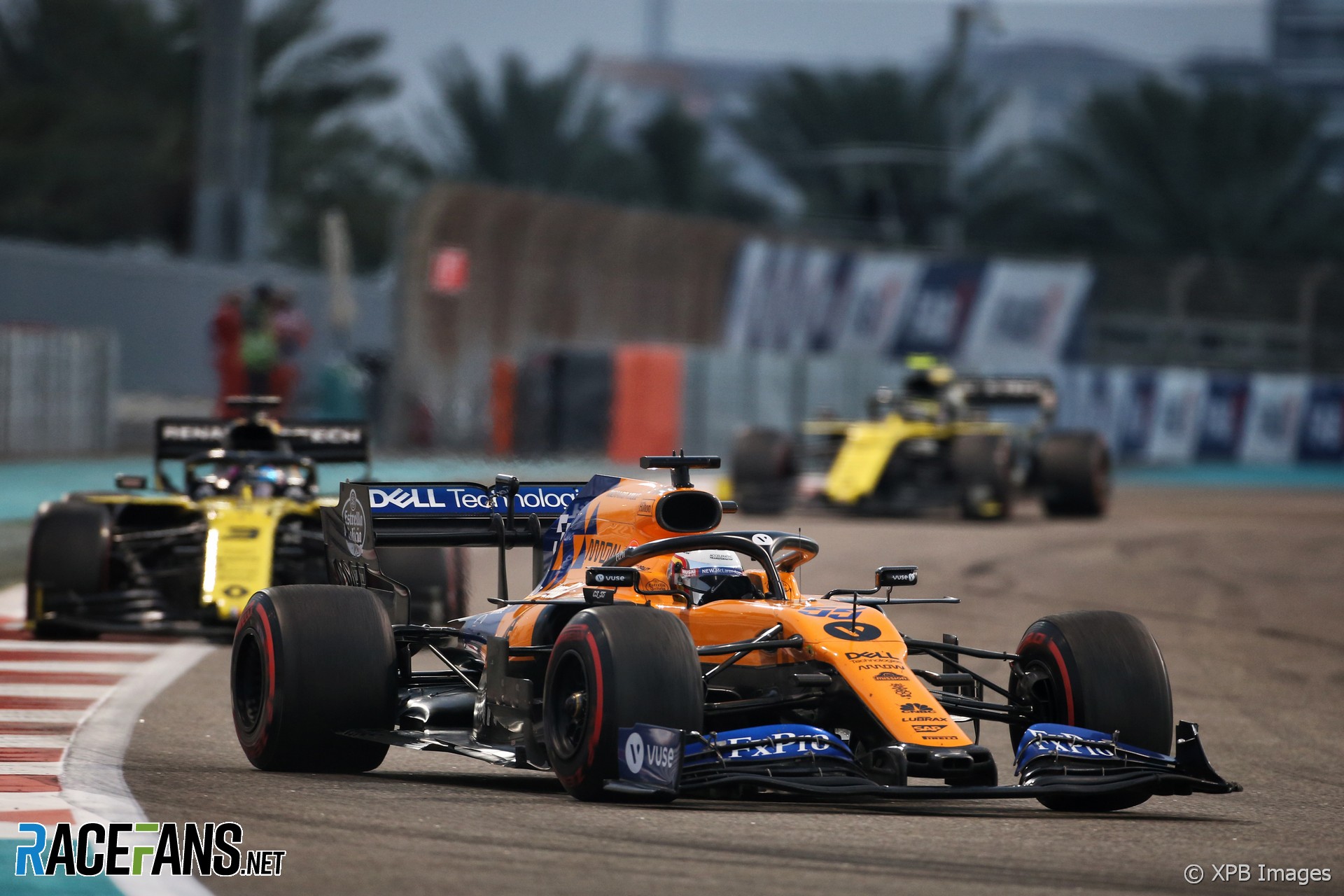 The McLaren driver’s lunge down the inside of the Renault at turn 11 meant he finished tenth and claimed the point which moved him ahead of Pierre Gasly into sixth in the championship. It means Sainz is the first driver from outside Mercedes, Ferrari and Red Bull to finish inside the championship top six since 2015.

“I’m not going to talk too much about it,”he said, “but I think everyone has been talking about this sixth place midfield battle for the whole weekend. And then the fight was down to the last lap and in one of the last corners and still they don’t show it on TV.

“So it’s obviously strange that everyone hypes this sixth place battle, but in the end no one shows it on TV.”

He said his move was the last chance he had to pass Hulkenberg before the end of the race.

“I just got close enough to Nico to throw a move into turn nine and decided to pull back out of it and try in 11. But I didn’t get the run out of 10 that I wanted.

“So it meant I arrived too late and bit far behind. I saw a gap in the inside, but it was really small. [I thought] if it worked with Perez, then we have to try to make it work with Nico and I throw the move and made it stick.

[icon2019autocoursempu]”It’s crazy that at the end of the championship we’re fighting in the last lap in the last overtaking opportunity of the track.”

Sainz spent much of the race stuck behind his team mate Lando Norris, which eventually prompted him to make a second pit stop for fresh tyres.

“There was no DRS at the beginning, we couldn’t go through traffic, it just compromised our whole race. And, the whole race behind Lando, behind Renault, with the dirty air, [it was] very difficult to manage the tyres.

“At the end, I was going to get past by Daniil [Kvyat] and by [Sergio] Perez. And I said our only chance is by getting Nico at the end pitting for a medium. We did it.”