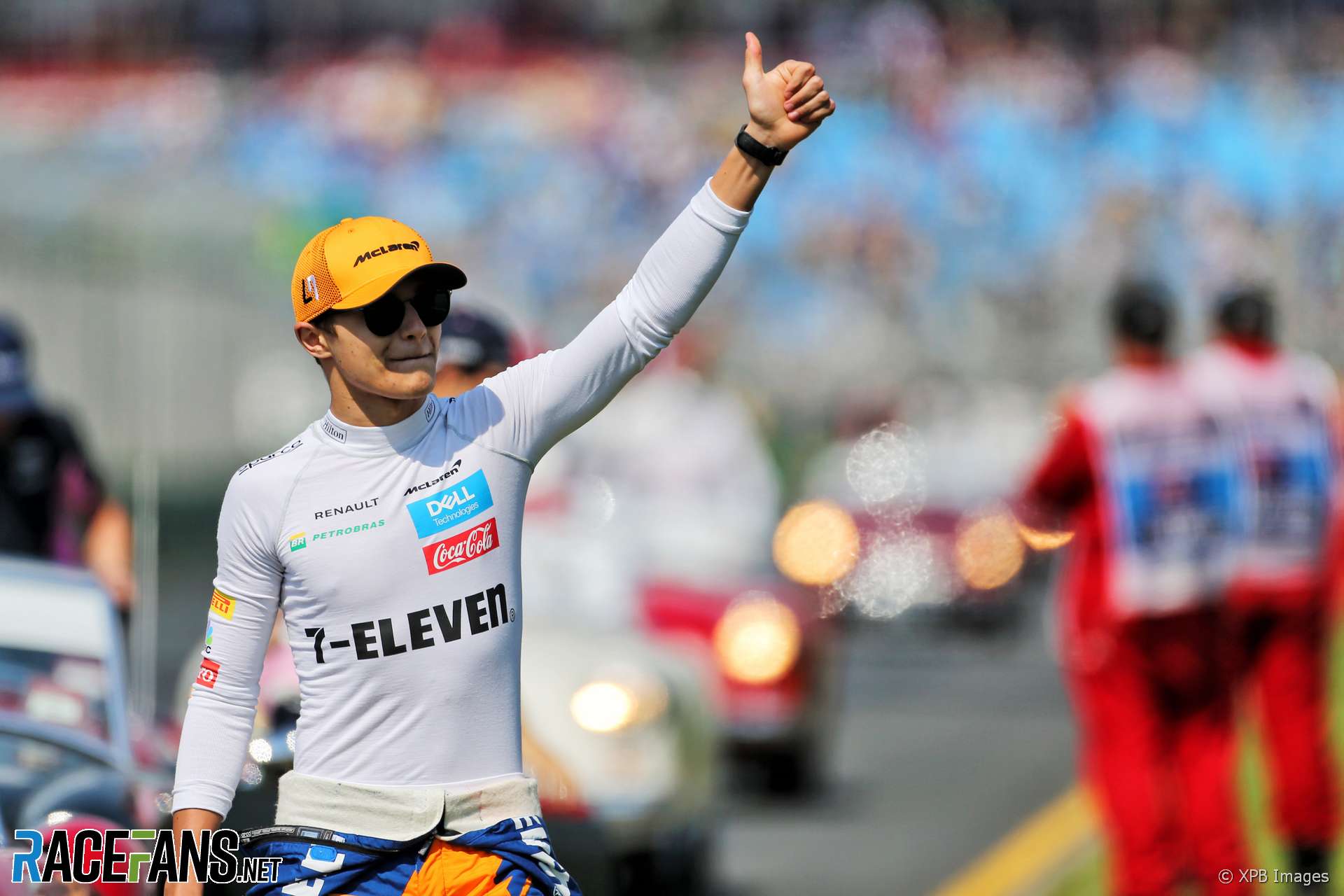 In the round-up: Lando Norris says the opportunity to do more testing wouldn’t have meant he was better prepared for his F1 debut.

Norris did a series of tests and practice sessions for McLaren during 2017 and 2018, before making his race debut for them this year:

I think even if I did another year of testing, I would have been the same.

The pressure, and racing people, it’s all very different to just testing. Sometimes I was fast in testing and I’d be just as quick as Fernando [Alonso] or just as quick as Stoffel [Vandoorne] and that gave me a bit of confidence. But it didn’t mean anything, it didn’t mean I would be going into Australia and be able to nail qualifying and then nail the race. It’s completely different.

That’s why another year of testing wouldn’t have changed how I thought about any of that.

And that’s our last laps of 2019! 🙌 pic.twitter.com/LcMiiqnAQM

"Let's keep it open for the future, maybe Formula 1 in 2021. 2021 is the reason why I keep open possibilities because maybe things mix a little bit with the new rules."

"Daly will race at the road and street course events, finalising the line-up of the number 20 alongside team owner and oval driver Ed Carpenter."

"The contract for holding the Russian round of the Formula 1 World Championship was signed in 2010, long before the events investigated by Wada, and runs until 2025."

"Everything is very critical. The cars will hit the ground shortly before homologation and the first race. It's all very tight, very risky schedule."

"Channel 4 stated that they would only consider proposals from parties with “extensive experience of production in the motor sport arena."

"Addressed an issue where the game would crash for some users while booting the game."

Is Alexander Albon really that much better than his Red Bull predecessor?

I really don’t buy into the hype so far around Albon. I’m yet to see a single performance in the Red Bull that I’ve been overly impressed with. In fact, his only real stand-out performance this year was Germany in my opinion, where he was one of the best in the field. He’s been more aggressive and decisive than Gasly, but has still achieved only the bare minimum (to finish in the top six at almost every race).

I think he’s an exciting prospect and I’m looking forward to watching him next year after a year of experience. I still expect him to fall short against Verstappen, but perhaps that’s all Red Bull needs. Even Ricciardo was struggling massively towards the end of his time there.
Ben Needham (@ben-n)