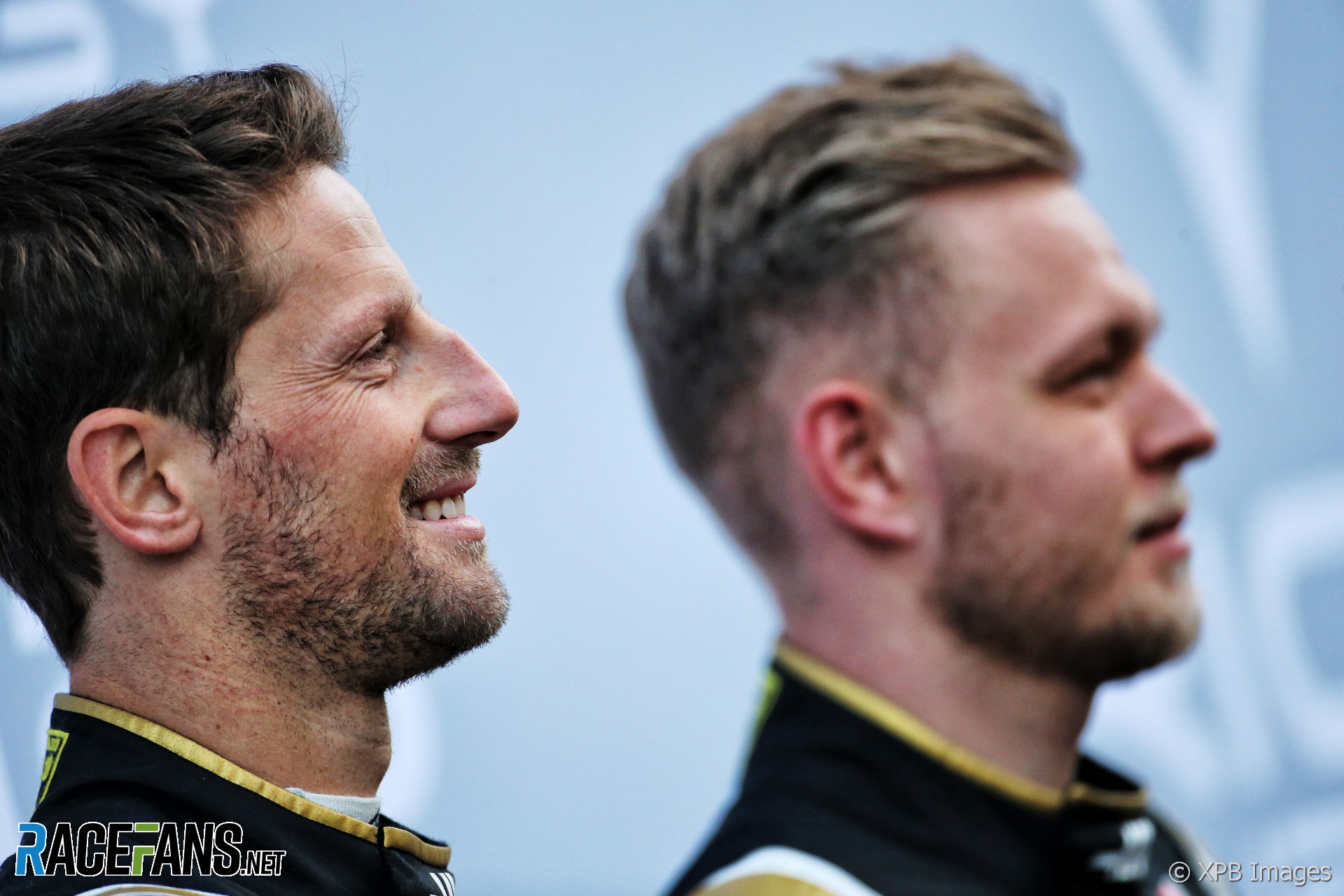 Haas drivers Romain Grosjean and Kevin Magnussen spent much of 2019 wondering what the VF-19 was going to do next.

It was a capricious beast, prone to sudden swings in performance at the slightest variation in temperature. The drivers became depressingly used to shaking down a quick car on Friday, often qualifying reasonably well, then being devoured by their midfield rivals on race day.

They didn’t help matters early in the season by tangling with each other on track. Tensions rose ahead of the summer break as the pair clashed in Spain, though both continued to take points. It got worse in Britain, where Haas wanted to conducted a race-long comparison of two difference aerodynamic configurations, but the pair hit each other at the start, putting both out.

Incredibly, they tangled again at the next weekend as well, though both made it home in the points for what turned out to be the second and final time of the year. An infuriated team principal Guenther Steiner suggested the collisions would affect the team’s choice of drivers for next year, but Magnussen and Grosjean were ultimately retained.

The gap between the pair of them in qualifying fluctuated as they experimented with different car configurations. Magnussen came out ahead, but his average margin over Grosjean was less than a tenth of a second. The striking detail is that the car often had the pace to reach Q3 – both drivers got there nine times – yet neither driver has the points score to reflect that kind of performance.

In the races it was often a case of damage limitation for both drivers. Magnussen did this more effectively, scoring more than twice as many points as Grosjean.

But it’s only fair to point out Grosjean suffered more from reliability problems than his team mate. This was the case from the start of the season.

The Albert Park circuit was one of the best venues for this year’s Haas. Magnussen duly finished ‘best of the rest’ with what turned out to be the team’s highest finish of the season.

[icon2019autocoursempu]Grosjean was on course to take a decent haul of points as well until a failed pit stop forced him to retire. This was the first of a series of occasions on which Grosjean, though no fault of his own, lost points to his team mate.

However he often didn’t make life easy for himself. Grosjean has been criticised for making overly aggressive starts in the past, but this year’s were if anything too timid. He lost more places on lap one than any other driver, in stark contrast to Magnussen, who made a solid net gain on lap one over the season. Sometimes Grosjean even struggled to keep a Williams behind at the start, and in Singapore he went out through a needless tangle with George Russell later in the race.

After a frustrating season both drivers will be hoping for a more stable platform from Haas in 2020. In Grosjean’s case, a change in luck is especially deserved, particularly as he needs to assert himself against Magnussen, who has now out-scored him for two years in a row.

Romain Grosjean vs Kevin Magnussen: Who finished ahead at each round

Times based on the last qualifying round at each race weekend in which both drivers set a time. Negative indicates Romain Grosjean was faster, positive means Kevin Magnussen was faster. Magnussen’s unrepresentative Canadian GP lap time was discounted