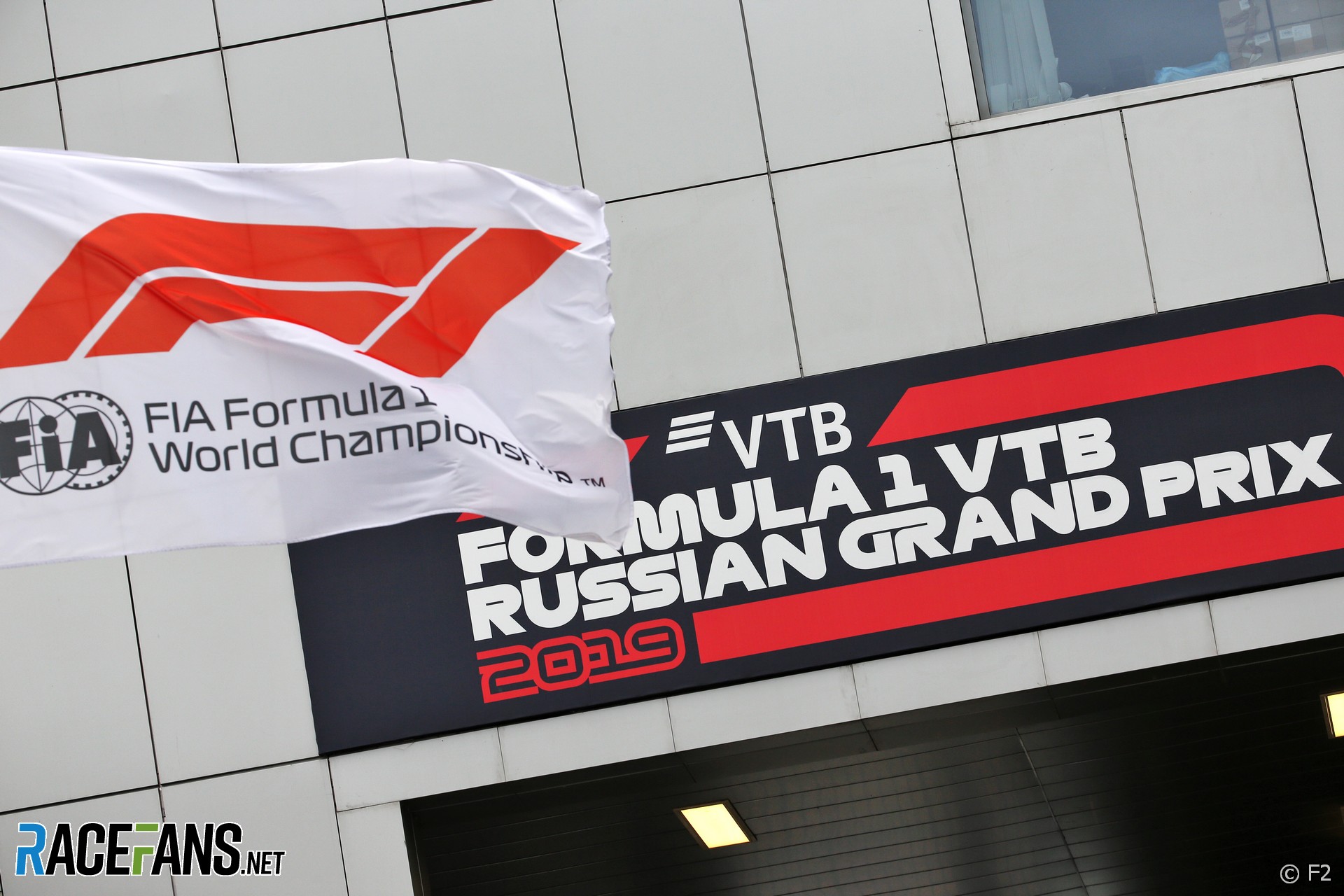 World Anti-Doping Action’s decision to suspend Russia from all types of ‘major events’, such as the Tokyo 2020 Olympics and Paralympics and the FIFA 2022 World Cup in Qatar, is the latest move in the long-running dispute over Russia’s state-sponsored doping programme.

The story began, of course, in Sochi, now home to Russia’s Formula 1 race. The site hosted the Winter Olympics in 2014 and was also the base for the drugging programme, where urine sample bottles from doping athletes were carefully substituted for clean specimens. The building where these ‘B samples’ were swapped is a short walk from turn two.

The news immediately prompted concerns September’s Russian Grand Prix could be cancelled, or that Russian F1 drivers such as Daniil Kvyat and Sergey Sirotkin or their Formula 2 compatriots Robert Shwarzman and Nikita Mazepin might be banned from participation in international events.

After all, the sport’s regulator, the FIA, was recognized by the International Olympic Committee in 2012, having two years earlier signed up to WADA’s World Anti-Doping Code. The FIA’s stance on substance misuse is more stringent even than WADA’s. Beta blockers (optional under WADA) and consumption of alcohol during events (not on WADA prohibited list) are banned under Appendix A of the International Sporting Code.

However, it does not automatically follow that either the race or participation by said drivers in international competition are at immediate risk – if at all – for, as is the way in matters such as these, an appeal channel remains open to the Russian authorities, and is likely to be pursued as indicated by president Vladimir Putin.

“We have all the reasons to file an appeal to CAS (the Court of Arbitration for Sport)” he told Russian news agency TASS. “There are other considerations as well, but it is important that this issue is analysed by specialists, lawyers who would talk with our partners having this knowledge.”

Asked to comment about the ramifications of the WADA ruling, an FIA spokesperson told RaceFans the FIA is “conscious of RUSADA’s right to dispute this decision under WADA’s compliance code, the FIA in cooperation with its [commercial rights holder] shall continue to closely follow all material developments in this matter while taking into account any possible legal and practical consequences which these may have.”

Therein lies the rub: While the FIA is a WADA signatory, F1 commercial rights holder Liberty Media is not, and the race promoter reached an agreement with them, not the FIA. Given that the contract is said to be worth $50 million annually, the FIA needs to consider all ‘legal consequences’, particularly as RUSADA is likely to appeal – a process that could drag on for many years.

The race contract was signed in 2010, pre-dating the WADA investigation, while the anti-doping agency’s code states a signatory “must withdraw that right and re-assign the event to another country, unless it is legally or practically impossible to do so”.

Thus the promoter has a double backstop, for no alternate country could host the ‘Russian Grand Prix’, plus it would be illegal to nullify a pre-existing contract. Finally, the WADA code speaks of ‘a major event’, yet does not define the term – so it could ultimately boil down to semantics, particularly as St Petersburg is a host city for the Euro 2020 football championship, and is seemingly unaffected on that basis.

[icon2019autocoursempu]So far so good for Russian Grand Prix, certainly in the short to medium term, but what about the drivers? Will Toro Rosso need to scurry about for a replacement for Kvyat in 2020?

Again, highly unlikely: Not only would the governing body leave itself open to legal action were it to withdraw the licenses of Russian drivers during any appeal process, there are absolutely no suggestions that any Russian drivers have or are using banned substances.

Indeed, provision is made by WADA for participation in international events by individual athletes provided they are not implicated in the scandal which led to the sanctions in the first place. Under the circumstances it would unthinkable for the governing body to withhold the licenses of Russian drivers who are not in any way involved.

Any wonder, then, that a spokesperson for Russian Grand Prix promoter Rosgonki said in a statement: “We are confident that the Formula 1 Russian Grand Prix will be held in 2020 and in the following years, and invite everyone to Sochi. The ticket sales are in full swing.”

28 comments on “Analysis: Why Russia’s worldwide sporting ban is unlikely to affect F1”