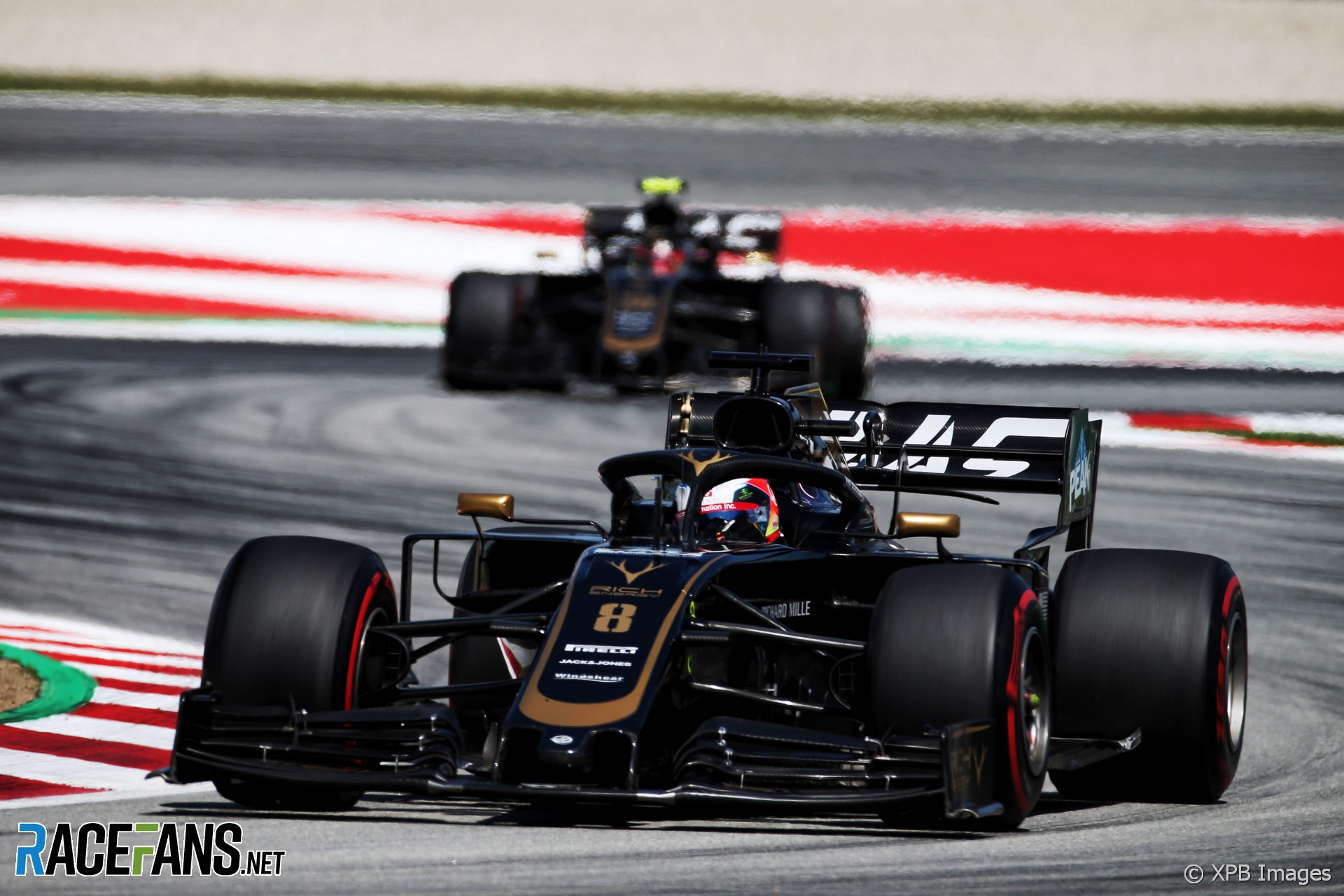 Romain Grosjean’s season was devoid of any notable highlights. This wasn’t entirely his fault, but he also didn’t manage to make the difference when the cards fell in his favour.

Car problems halted Grosjean on four occasions – more times than any other driver. In Melbourne, where team mate Kevin Magnussen finished ‘best of the rest’, Grosjean’s points chance disappeared when a wheel problem after his pit stop forced him to stop – just as it did in 2018.

Grosjean’s first points finish didn’t come until Spain. Here again Magnussen bagged ‘best of the rest’, this time after a muscular pass on Grosjean at the restart. But the real significance of that weekend was the appearance of an aerodynamic upgrade which sent Haas into a development cul-de-sac for the rest of the season.

While the team persevered with its new package, Grosjean remained dissatisfied with his car’s handling. His one-lap pace, usually a strength, didn’t materialise until the team let him run the old package again, by which point he was 7-2 down against Magnussen on Saturdays.

Grosjean was happier once the team reverted to its Melbourne-specification aerodynamics. He delivered his best result of the season in Germany, taking seventh place. This was aided by the Alfa Romeo penalties and came despite his third clash of the season with Magnussen, the pair having retired due to contact at Silverstone.

By the time the teams returned after the summer break it was clear Haas weren’t going to get on top of their technical problems before 2020. Gradually the team came around to Grosjean’s insistence that its Spanish Grand Prix upgrade package simply hadn’t worked, and they stuck with the Melbourne-spec VF-19 until the end of the year.

Grosjean’s performance went through peaks and troughs along with the car. When it performed well, he found his way into Q3 on several occasions. But this was usually a precursor to the car being unable to keep its tyres in the correct temperature window, which was usually accompanied by Grosjean declaring the car “undriveable” on the radio, and a subsequent descent out of the points place.

When the car was bad, it was particularly bad for Grosjean. Monza was a disaster; Singapore started badly, then he tangled with George Russell;in Mexico he struggled even to beat his Williams rival. In Austin he was pleased with the car in first practice, then crashed in the second session, and never clicked with the car again after that.

At Yas Marina the team experimented with another floor change and a different set-up on Friday, which Grosjean was immediately pleased with. Then Bottas crashed into him, wrecking the only example of the new floor the team had. He rounded off a season to forget with a lowly 15th place.

The team’s various problems made it hard to assess how much better Grosjean should have done. Even so, it’s hard to imagine his VF-19 was good for no more than just three points finishes all season, two of which were for 10th place.

What’s your verdict on Romain Grosjean’s 2019 season? Which drivers do you feel he performed better or worse than? Have your say in the comments.