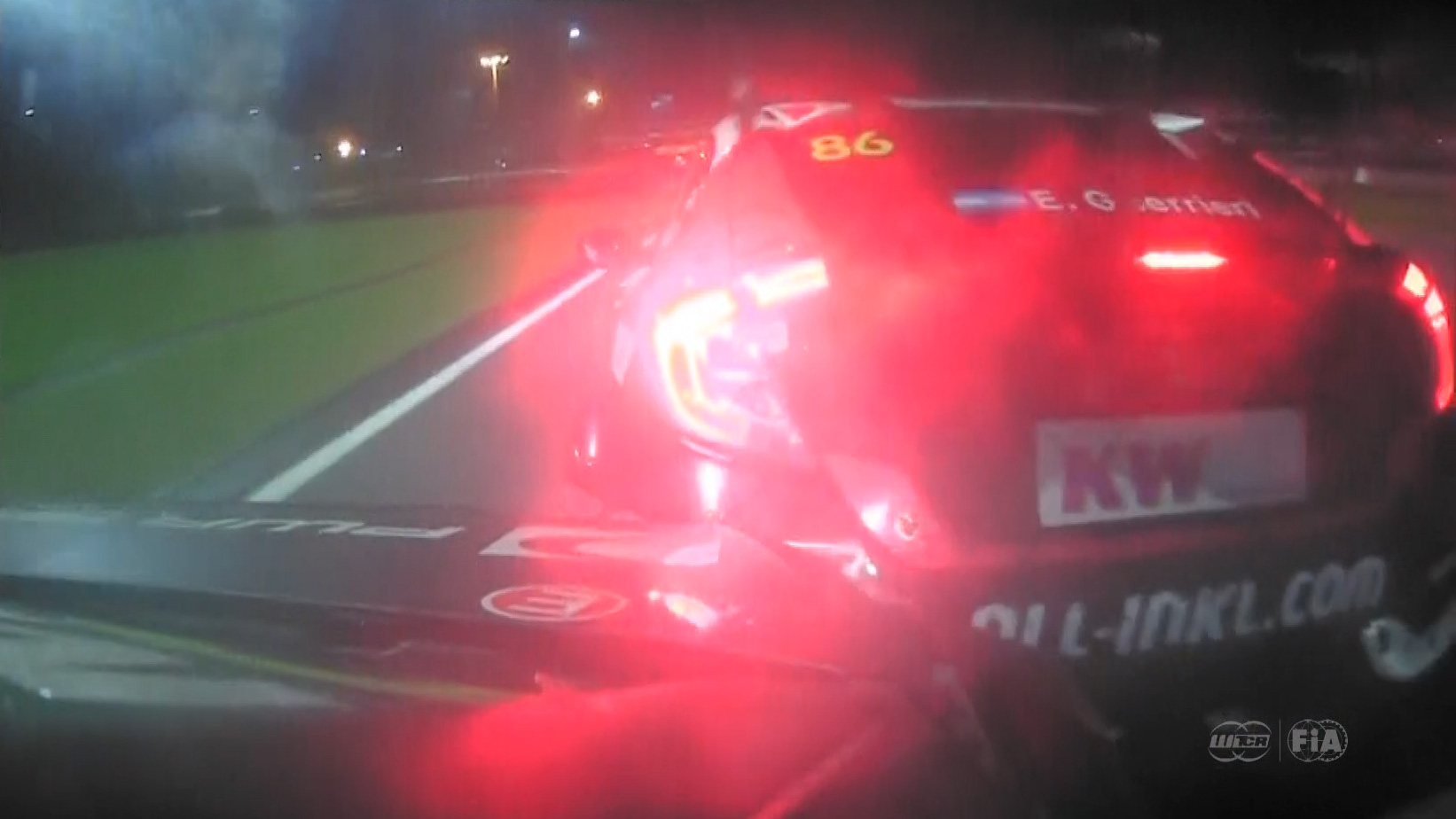 In the round-up: Honda says its WTCR championship contender Esteban Guerrieri was “robbed” of the title after being hit from behind in the season finale at the Sepang International Circuit.

[icon2019autocoursempu]Esteban Guerrieri was on course to snatch the World Touring Car Cup title from Norbert Michelisz despite having trailled his rival by 26 points with two races to go.

Victory for Michelisz in the first of three races at Sepang, three places ahead of Guerrieri, put the Hyundai driver on course for the title. At the start of race two Yvan Muller’s title hopes ended when he was his by Nicky Catsburg, who was disqualified from the finale as a result. Catsburg’s car caught fire, the red flag was thrown, and when the race resumed over an hour later Guerrieri won to set up a final-round title-decider.

Guerrieri took the lead in race three and, with Michelisz occupying fourth place, was on course to take the title. But following a Safety Car restart on lap five he was knocked sideways by Mikel Azcona, skidding off-track and collecting wet grass in his air intakes, forcing him to pit. That delivered the cup to Michelisz.

Guerrieri congratulated Michelisz on his title but made his views on the Azcona collision clear. “Azcona hit me in the back and threw me on the grass and I had a radiator full of grass, so I had to pit to take it out,” he said.

Azcona, who was given a 30-second time penalty for the collision, said the contact was not intentional. “I’m really sorry for Esteban, what’s happened, I didn’t want this finish, for sure.

“At the same time he was battling for the championship I had [Johan] Kristoffersson behind me, so I had to battle for my rookie championship. It’s my first year and I don’t want to lose. I didn’t want this situation, it wasn’t on purpose, I didn’t crash into him on purpose. I do not like this situation, I am sorry Esteban and I cannot say anything more.”

THE BEST SEASON FINALE EVER?

Six times, the virtual title went back and forth between Norbert Michelisz and Esteban Guerrieri in the last race of the WTCR season in Sepang! 😱Norbi prevailed, but could it be THE BEST SEASON FINALE EVER? ✨ Watch it and be the judge… 👇🏻

#MondayMotivation with the team that started @FIAFormulaE back in Hollywood doing a demo, trying to get the cities to join the championship. pic.twitter.com/BYFEevolKU

Lewis Hamilton was voted top driver ahead of Max Verstappen in a poll which all the drivers bar Hamilton, Valtteri Bottas, Sebastian Vettel, Charles Leclerc and Kimi Raikkonen participated in.

"We confirm that we are having conversations about him with Red Bull and Helmut Marko. We have quite a good offer, but this is not only Honda's decision or the team's decision, we have to speak to Naoki himself as well of course."

"You have the attack mode and you gain power, so why not implement a car to have 170 kW instead of 200 kW for two minutes as a penalty. That actually could be a cool penalty to implement in Formula E, very easy. We don’t have to do the same as every other motorsport, we are a completely different sport to Formula 1 today."

Hamilton wants to prove himself against new F1 generation (BBC)

"There are a lot of young drivers now. I am the second oldest driver now in F1 and (the target is) to continue to find new levels, new heights and raise the bar."

"ByKolles have announced that their intention is to race a car and make a road car in parallel. So there will be a road car from that brand."

Bernie Ecclestone: "Given all the security at the house, I'm assuming it was an inside job. It's an awful thing to happen just after she had left the house to go to Lapland."

Would Lewis Hamilton really try to ‘do a Schumacher’ at Ferrari?

I can kind of see the logic of Hamilton going to Ferrari if he can take the core of the Mercedes team with him to do what Schumacher and Brawn et. al. achieved. He must see that is the only way to create a team that achieves again.

But I really don’t see it as all that likely that it will happen.
@Bascb