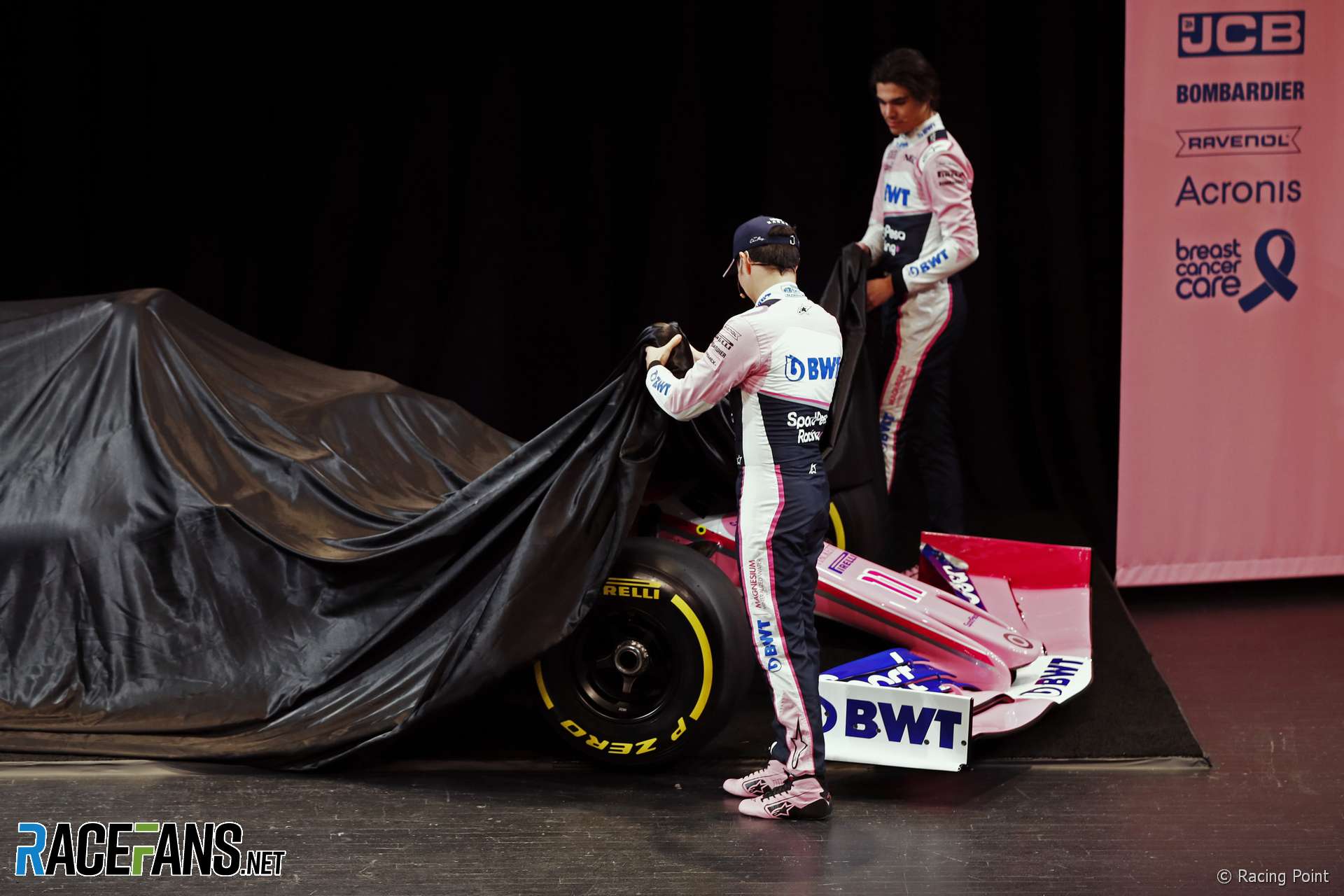 In the round-up: Racing Point is the latest team to confirm its launch plans for the 2020 F1 season.

Racing Point will hold "the official launch of our 2020 campaign" in Austria, home to the headquarters of major sponsor BWT, on February 17th. (The team hasn't said it will present its 2020 car.)

I'm extremely happy to announce that you will now have the opportunity to support me in my own grandstand on different Grand Prix. I will announce later today the first 2 races where there will be a CL grandstand 🙂 pic.twitter.com/90rN6iTVh6

Mega day with the boys 🏎💨🇮🇹

Argentina's new sports minister says he would like to bring F1 back to the country within a few years.

"Kimball, who ran a partial season of seven races in 2019, returns as a full-time driver in the 17-race NTT IndyCar Series this year."

"Red Bull Junior driver Jonny Edgar is to race with Van Amersfoort Racing in both the Italian and German ADAC Formula 4 championships in 2020 in his second season in cars."

"F1 fans’ excitement levels are already mounting ahead of the start of the 2020 season – and to whet your appetite even more, Season 2 of Netflix’s stunning Formula 1: Drive to Survive launches on Netflix from February 28."

Hughes has found himself 'at home at HWA' (Formula 3)

"Of course the truckies returned – again – and, crucially, with the MP4/4 this time. In came this red and white rocketship. It was so sleek, and low to the ground. It just looked the b*llocks."

@Geemac responds to @DieterRenclen’s article on the teams which entered F1 in 2010:

They were enticed in by a formula that changed before they even got off the ground – the new teams were doomed before the 2010 season even started unfortunately. It’s a massive shame they are gone because the battle at the back of the grid is as important as the one at the front.

In addition, the smaller teams are great proving grounds for drivers, engineers and mechanics. These opportunities are lost to a generation of young talent now. HRT let Ricciardo get used to the F1 circus in relative anonymity. Today’s leading engineers began their careers with smaller teams back in the day (such as James Allison at Larrousse, Aldo Costa at Minardi or Adrian Newey at Leyton House).

And to top that off, who doesn’t love a giant-killing story like Jules Bianchi scoring points for Manor at the most famous race of the year.
@Geemac