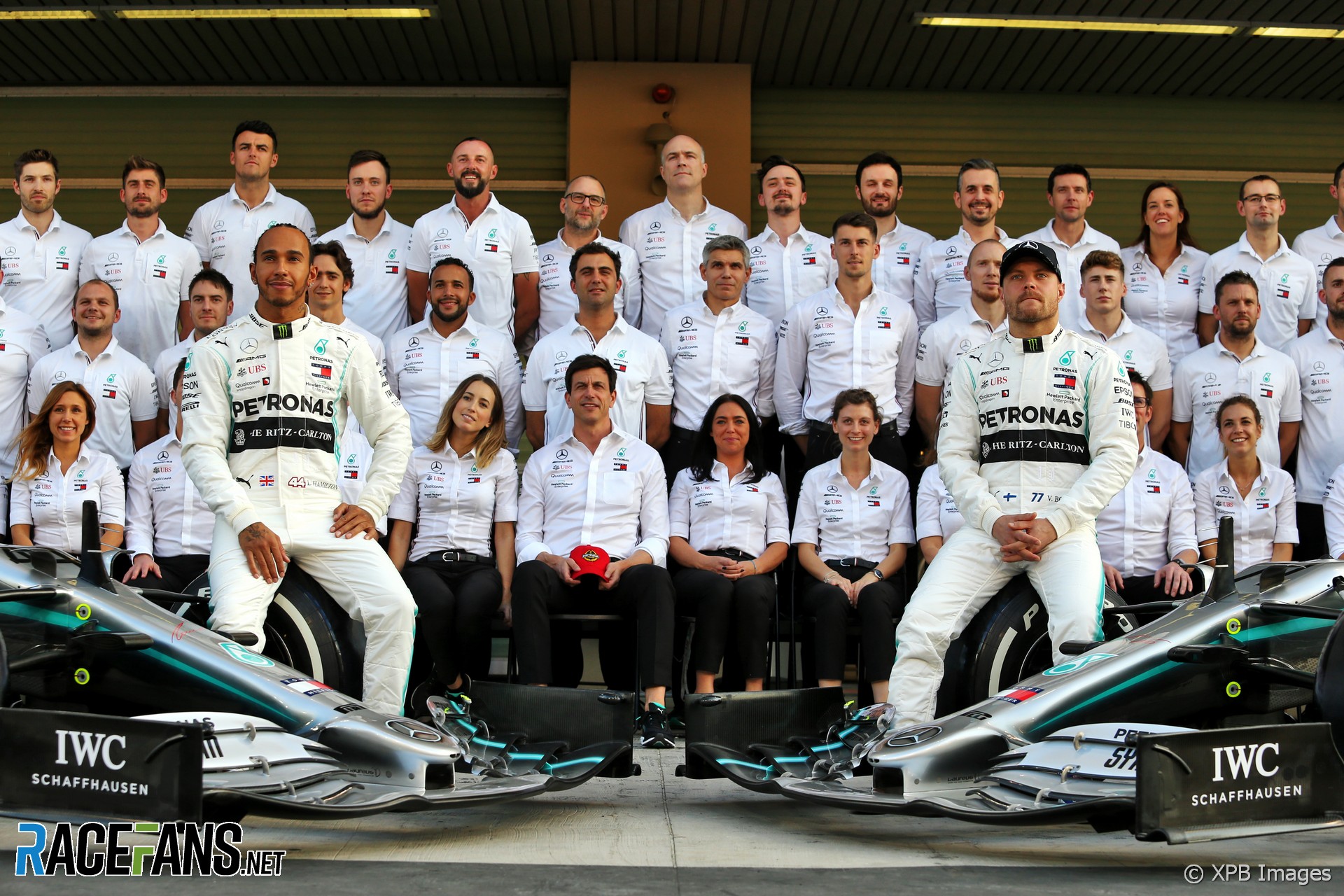 In the round-up: Mercedes say their participation in Formula 1 has paid off after extending their dominant championship streak last year.

Ola Källenius, chairman of the board of management of Daimler AG and head of Mercedes-Benz Cars, told the official FIA magazine Auto their participation in F1 has “more than paid off”:

We have won the world championship six times in a row. That is unique and has more than paid off in terms of marketing. So it has to be seen as a very worthwhile investment.

As RaceFans reported last week, Mercedes is considering whether to continue its participation in Formula 1 beyond the end of this season. It has previously announced a shortfall in profits and plans to cut staff numbers by 10,000. It is due to present its full year results for 2019 next week and hold a board meeting, which we originally reported would take place on February 12th, and is now understood to be scheduled for the 14th.

The team has also announced a new “multi-year partnership” with AMD. The technology company’s logos will appear on the sides of the W11, which will be launched next week.

As the old saying goes… ‘If you don’t have setbacks, you’re not trying hard enough!’ 👊

Andy’s got an update from the Team over at Brixworth 👇 pic.twitter.com/DtGrXxKynL

[Official Statement] All Chinese staffs of the NIO 333 Formula E team celebrated the traditional Chinese New Year’s holiday in China after the Santiago E-Prix. All team members remained at home in Shanghai over the extended holiday in response to the government’s advice facing the Coronavirus outbreak · · All the staffs are well and healthy, currently preparing the next round of Mexico City E-Prix · · In a responsible manner toward the championship and personnels involved in Formula E, Chinese driver Ma Qinghua arrived in Mexico City on the 2nd of February to ensure a 14-day quarantine period prior to the race · · We look forward to welcoming Sanya E-Prix back to the 2019-2020 ABB FIA Formula E Championship's calendar once the situation is improved and we hope to support China in this critical fight by a strong performance on track. #NIO333FE

Sneaking a peek. But embargoed so can't tell you about it for a few days…#F1 #drivetosurvive pic.twitter.com/Nha45IRMIR

"Fernandes, one of the aviation industry’s best-known faces, on Monday stepped aside as chief executive of Asia’s biggest budget airline for at least two months, as authorities investigate allegations that Airbus paid a bribe of $50 million through sponsorship of the Caterham F1 team to win orders from AirAsia."

Champion Sebastien Bourdais and Rookie Dalton Kellett Set To Run Partial Seasons in the No. 14 Chevrolet in 2020 (Foyt)

"The crew of the second car will be composed of Nathanael Berthon and Louis Delétraz, official Rebellion Racing drivers, and the third-time Le Mans winner Romain Dumas. The car will get the number three."

"Prema Powerteam is ready to welcome Sebastian Montoya for the 2020 Formula 4 season. The 14-year-old Colombian will make his debut in single-seater competition and will enter a program consisting of the full Italian F4 championship and selected races of the German ADAC-promoted Championship."

"His father Anthony told me back then, 13 years ago, that a final hurrah at Ferrari was in their plans, somewhere at the end of the rainbow."

Engineering students at the University of Bolton and the National Centre for Motorsport Engineering are scanning and preparing a 1981 Ensign N180B which will be run in the 2020 Masters Historic Formula 1 championship. Former F1 racer Johnny Herbert is due to drive the car.

@PSynrg reckons we should call the ‘shark fin’ on some racing cars a ‘dorsal fin’ instead – who agrees?

Why did this ever get used as a definition? If anything, it looks more like a swordfish (e.g sailfish). A shark’s dorsal fin (always implied) does not extend down its back.

Sorry, winds me up. Change it now!