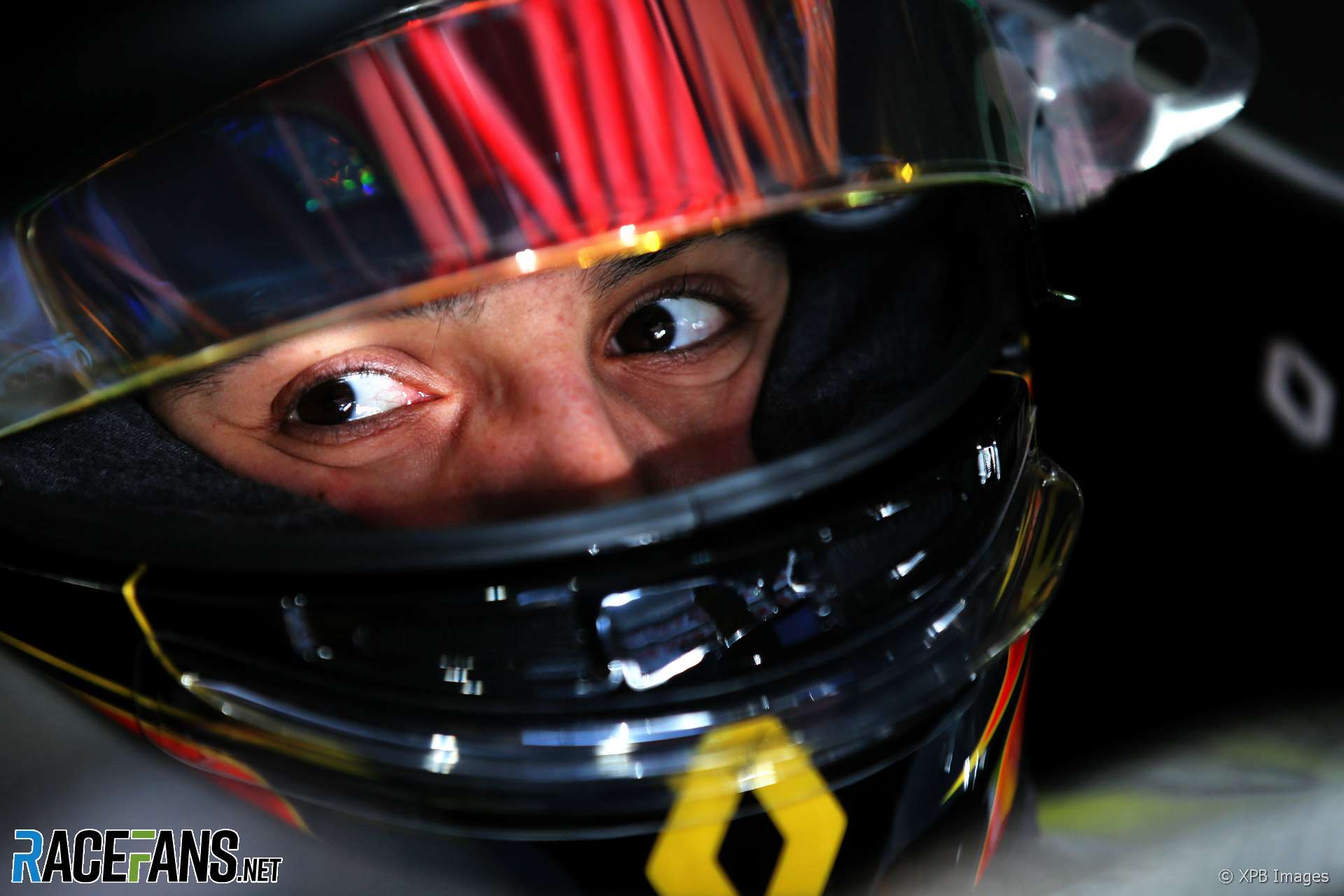 Esteban Ocon expects lap time records to tumble during the 2020 F1 season after completing his first half-day of testing in Renault’s new car.

Speaking to media including RaceFans during the lunch break at Circuit de Catalunya, Ocon said his first impression of the new RS20 was very positive but “hard to compare” with the Mercedes he tested last year.

“The cars are just evolving year by year. But the amount of grip I feel now I think I’ve never felt before.”

“It’s impressive those new cars because I have to say I’ve never went that fast in some corners before,” he added. “So it feels good.

“It’s definitely exciting because that’s just going to go faster and faster. So we’re going to probably break all the records, I reckon, this year, lap time.”

[smr2020test]Ocon admitted he is still getting used to pushing the car to its absolute limit on his return to competition in F1.

“It’s not true that I’m just not leaning on it yet,” he said. “I’m driving, I’m trying to get the rust off of me also.

“It’s been it’s been some time since I properly [drove] a car, which means with somebody next to me and having references, et cetera. So I’m just trying to get back up to speed. And it’s important to have decent lap times to be able to feel how the car reacts in the race condition or in the practice conditions.”

13 comments on “‘We’re going to break all the lap records this year’, predicts Ocon after first test”