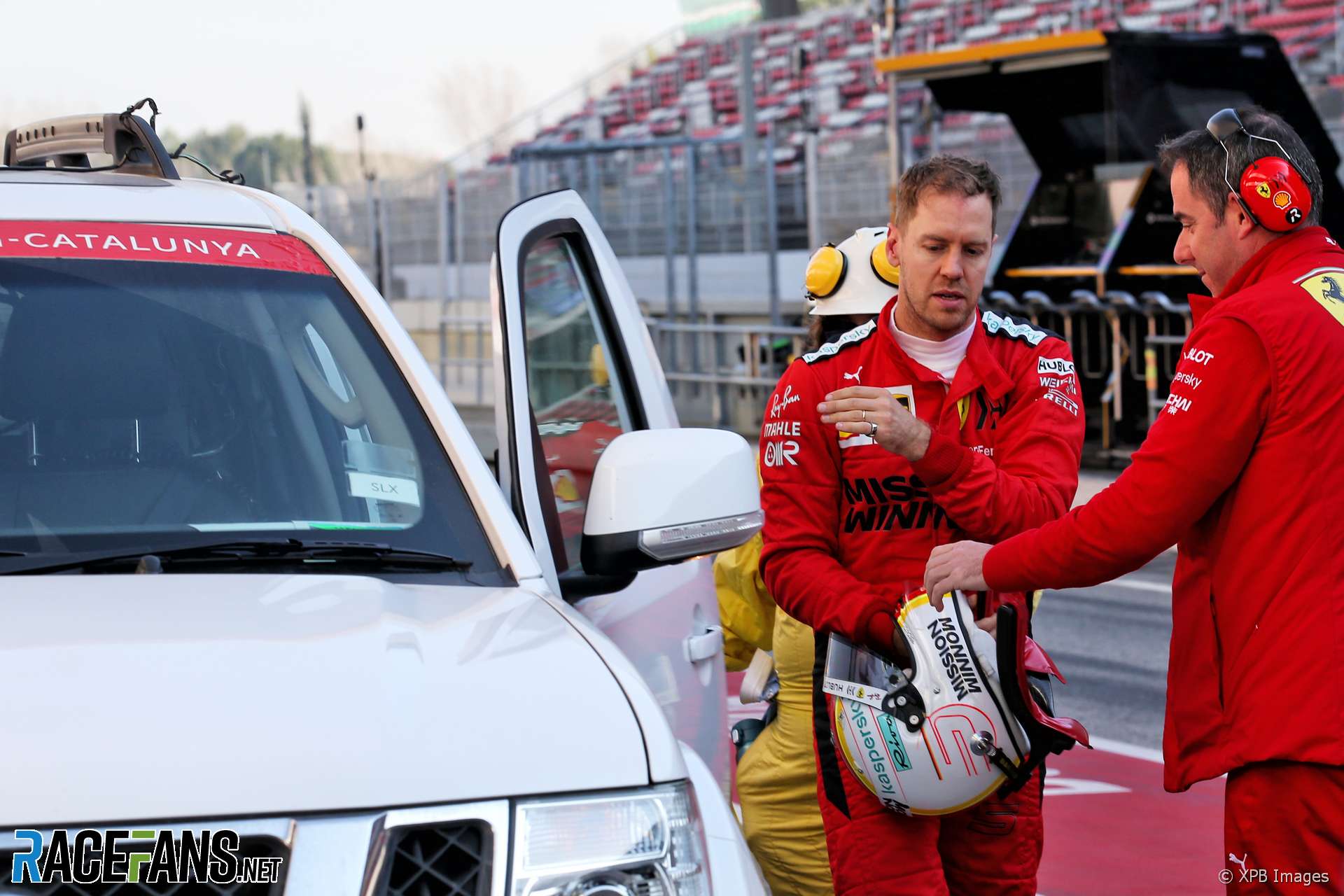 Ferrari has discovered the reason for its power unit failure during last week’s test at the Circuit de Catalunya, which it says is “not a cause for concern”.

[f1tv2020testa]Sebastian Vettel came to a stop on the third day of the test, at which point the team had covered around 1,300 kilometres. Team principal Mattia Binotto admitted at the time it was “very early” to have a failure “if you consider the overall mileage so far”.

The power unit was returned to the team’s base at Maranello for inspection, during which the team discovered the failure was caused by a problem in the lubrication system.

“The unit which had the problem last Friday has been stripped and checked in Maranello,” said the team in a statement. “The fault was traced to a non-structural problem with the lubrication system. It’s not a cause for concern and work to correct it is already underway.”

Vettel is due to get back behind the wheel of the car on Thursday morning before handing over to team mate Charles Leclerc in the afternoon. On Thursday Vettel will be back in the cockpit, and Leclerc will conclude the team’s test on Friday.

Ferrari said they will “start working on performance” during the upcoming test “while carrying out qualifying and race simulations” on their new car.

18 comments on “Ferrari reveals cause of Vettel’s engine failure”