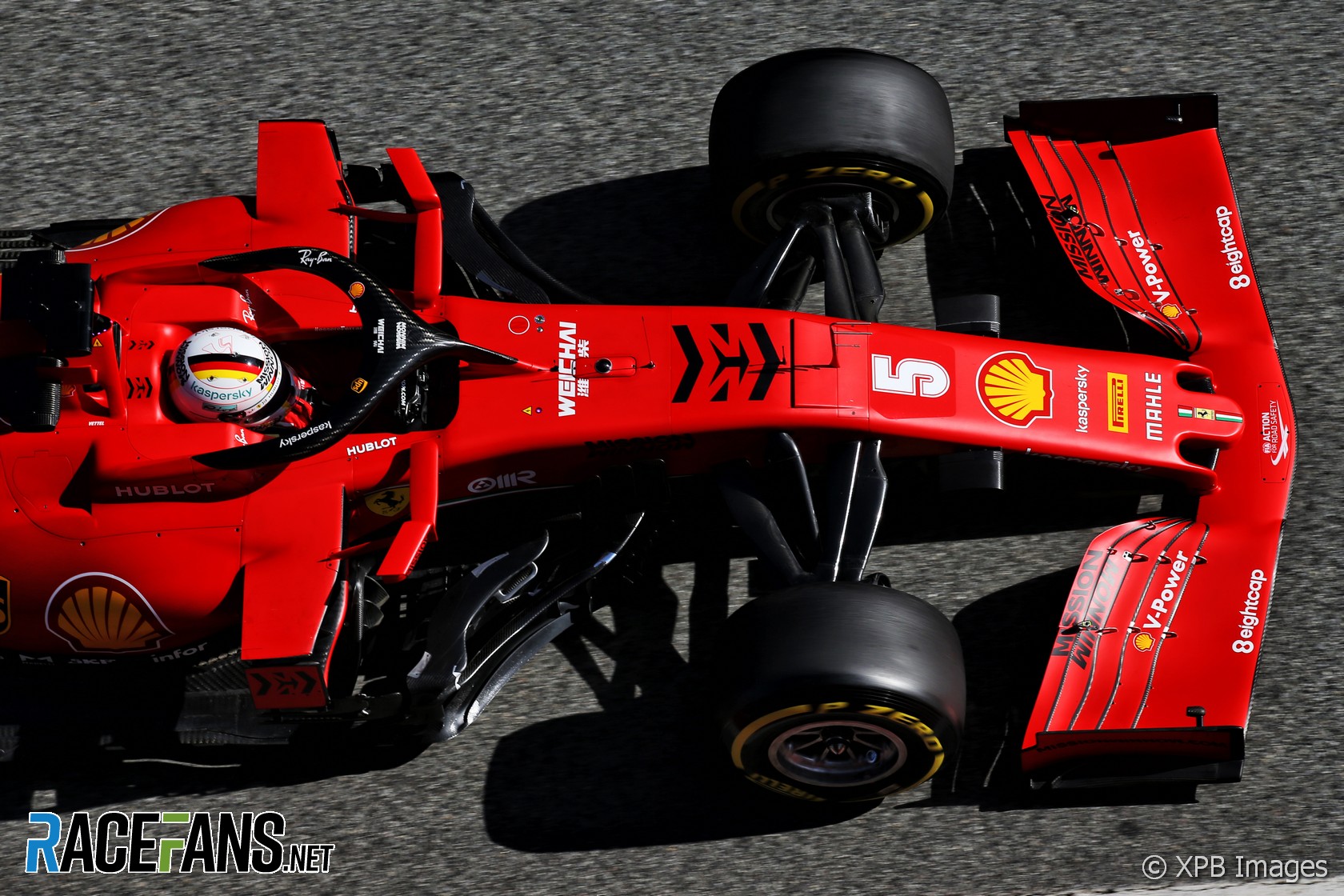 Ferrari team principal Mattia Binotto says the team isn’t quick enough to head the F1 field despite improving its lap time by more than a second and leading the fifth day of testing.

“I think we are anticipating on the last days that we are not sufficiently fast, we believe,” Binotto told Sky. “Looking as well at the race simulations we are not in the fastest.

Sebastian Vettel completed his pre-season testing for the team today. Charles Leclerc will take over the for final day tomorrow.

“The season will be very long so let’s complete the test, let’s see tomorrow as well with Charles, let’s start to better understand the car and certainly address what is necessary to do,” said Binotto.

Binotto denied the team expects to be significantly quicker at the first race of the year in Melbourne. “Honestly I don’t think so,” he said.

“We know what we are doing and we know if we’ve got margin or not. If you look at the race simulation pace, it’s true that today Hamilton had an issue but if you have a look at the initial stint the speed he’s got is quite impressive.”

Racing Points new RP20, which is closely modelled on last year’s Mercedes, could start the season as a threat to Ferrari, Binotto added.

“They are certainly very close,” he said. “I think it’s not surprising if you look at the shape of the car.

“Certainly they are a threat but I am convinced as well that Ferrari as a team is strong enough to develop the car from now onward and to make sure that in the future we will be strong enough not to be threatened.”

[smr2020test]However Binotto echoed the view of his drivers that the SF1000’s cornering performance is “faster in cornering and slower in the straights” compared to last year. “So I think we have got what we expect.

“Is that sufficient to be the fastest? Overall not. So it means that the overall speed of the car is not sufficient to simply be competitive enough and challenge for victory from the start of the season.”

“We did a lot of testing as per plan,” he added, “we had just an issue on the engine last week which was a detail, a small issue. I think we did the mileage we were expecting. Today we did the entire programme.

“Hopefully we conclude tomorrow positively on that. So I think testing related, yes, we did what we are hoping to do. But now we need to move forward.”

16 comments on “Ferrari: Racing Point could be a “threat” at start of season”