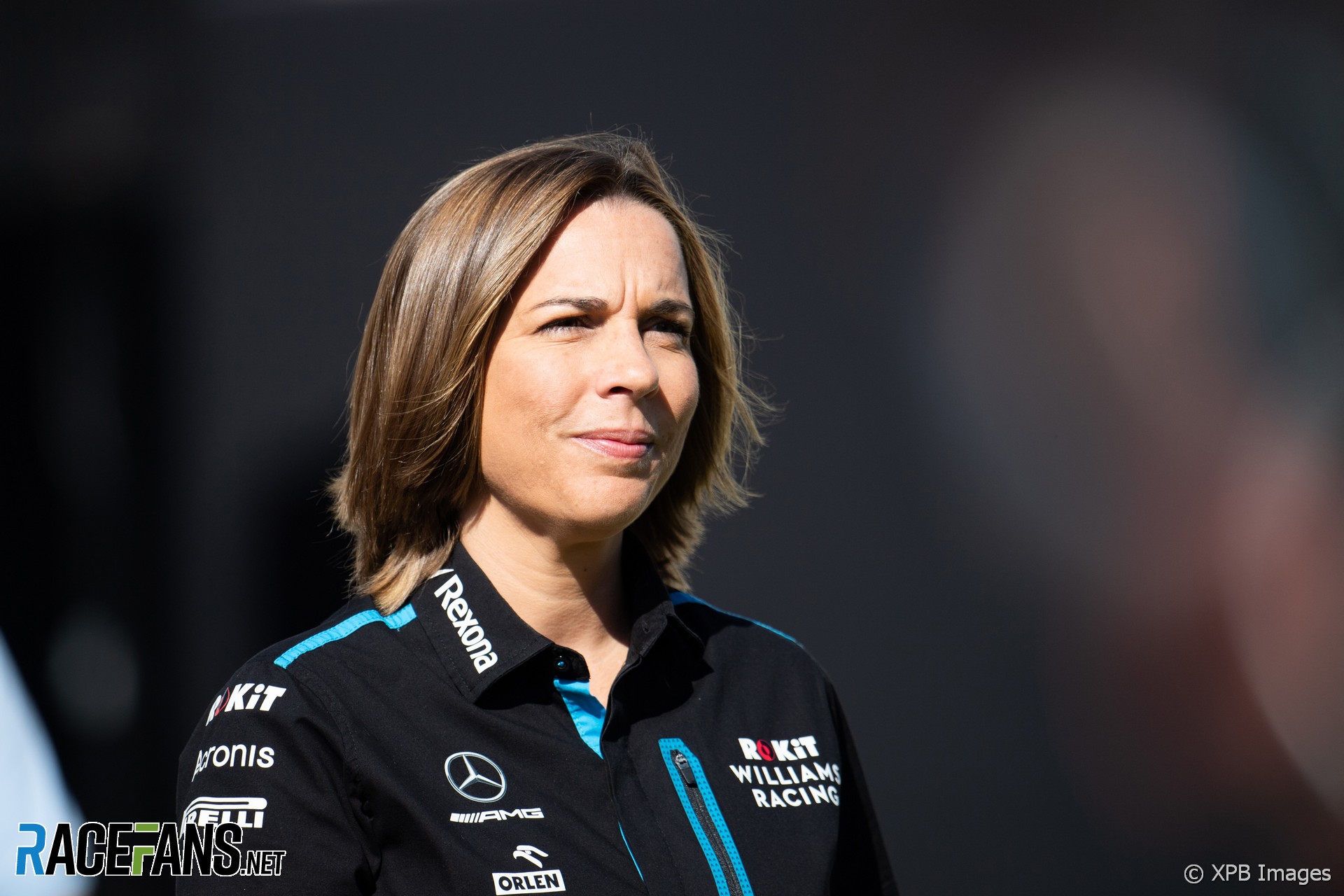 Williams deputy team principal Claire Williams wants to secure new funding for her team – potentially through a sale – within the next four months.

The team confirmed last week a sale is among the options it is considering to secure its future after sinking to the bottom of F1’s constructors’ championship.

Williams said the team “haven’t put a time frame on this process but we want to complete it within the next three to four months.

“We like to do things fast in Formula 1, don’t we?” she added. “We feel that we can achieve it in that time frame. But we are fully funded throughout the remainder of this year to continue racing as and when we can go back to the circuit.”

The team restructured its technical operation following the departure of former chief technical officer Paddy Lowe at the beginning of last season. Williams said further investment is needed throughout the team to ensure it can remain competitive.

“We’ve invested in this team mostly from a personnel perspective over the past two years,” she said. “But there are lots of things. Formula 1 teams, you give them money to spend and they’ll spend it straight away. We give it to engineers and they spend it even faster and they want even more.

“So [we need] investment in order to ensure that we can compete successfully. That obviously means investing in infrastructure.

“I don’t necessarily believe that we need to invest in personnel at a senior level, I think we’ve got that. Whether we need more people in the ranks below, that will be a question that we will look at.

“We have plans, I don’t want to go into detail on them, but that’s what investment will be used for.”

What cuts will teams have to make in response to the pandemic and the lower budget caps for 2021 and beyond? Read Dieter Rencken’s analysis in his new RacingLines column later today on RaceFans