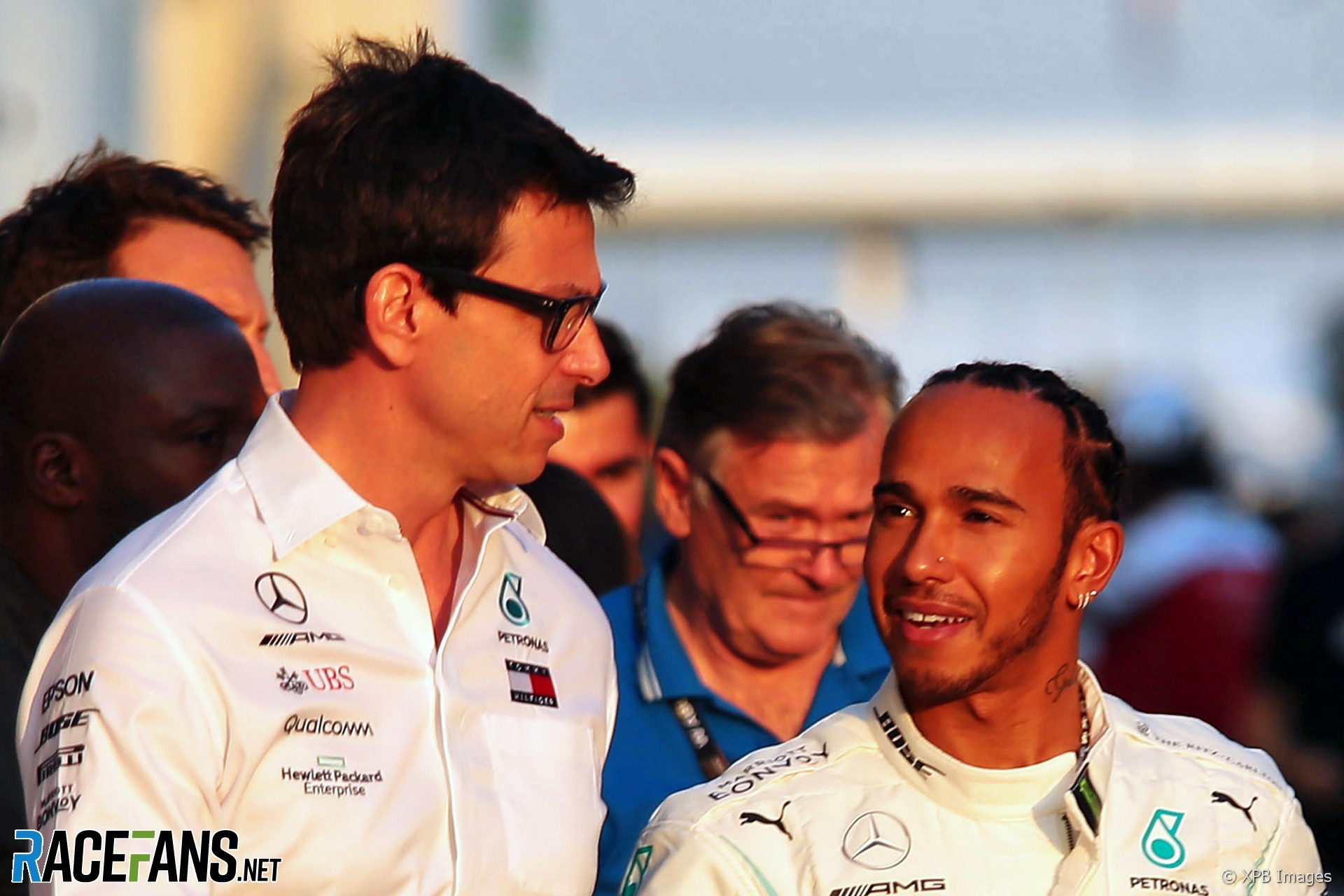 “We know that Lewis is always a strong supporter of any minorities,” said Wolff in a media conference yesterday. “And to be honest, I have learnt a lot from him as well.

“He asked me the question once: ‘Have you ever had the active thought that you are white?’ And I said, ‘No, actually, I’ve never thought about it’. And he said, ‘Well, I need to think about [race] every day because I’m being made aware [of it].

“I think, therefore, it’s very difficult for us to comprehend how difficult it is and therefore I am happy and supportive that he has come out vocally. He’s one of the ambassadors of this sport and I think it’s good.”

After the death of George Floyd prompted an outcry in America and beyond over racial discrimination, Hamilton used social media to tell his rival F1 drivers not to stay silent. Many of them responded.

Wolff said Hamilton was right to voice his support for the cause and urge others to do the same.

“I think we, all of us, have the power to make a change. And sometimes it needs events like the ones that happened a few days ago in the US to trigger a massive wave of support for any minority. And I think it’s good that Lewis as a sports superstar is the one up front with it in a sport that is very much dominated by white males.

“We as a team, we encourage diversity and we choose our people purely on performance and don’t look at any culture, religion or skin colour. And I think all of us can make a difference. Every single one of us must be part of a movement to stop these kind of things happening.”

“The grassroots of motor racing, the early years of go-karting, need to become much more affordable than they are today,” he said.

“To pay £100,000 for a 12-year-old to race in a proper championship, that’s simply unimaginable for most families out there. I think we need to work on a scheme that we have a large number of kids that can actually try go-karting, that can try competing in proper kit and then eventually they will make their way into Formula 1.

“Somebody like Lewis Hamilton that was given the opportunity into a go-kart will always find his way or her way into Formula 1 because the talent is sheer extraordinary. But I’m with you, every single category needs to come down in cost.”