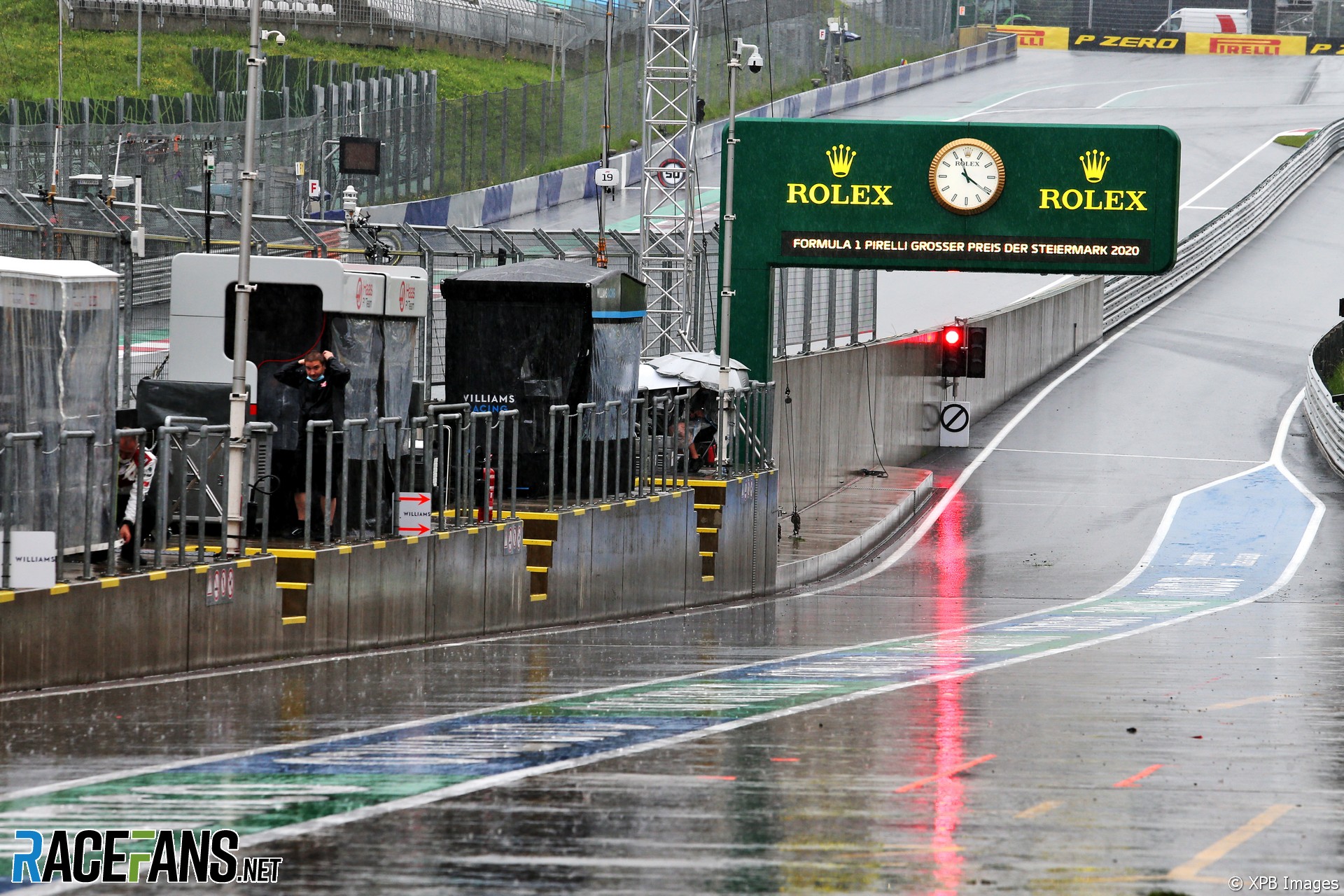 Qualifying for the Styrian Grand Prix may go ahead today despite heavy rain but is likely to be delayed to tomorrow morning, Formula 1’s motorsport director Ross Brawn has said.

Heavy rain arrived at the Red Bull Ring this morning which forced the Formula 3 race to be cut short and led Formula 1 to cancel its final practice session.

“Austria is always a challenging circuit weather-wise,” Brawn told the official F1 website. “We’ve been here before with this sort of conditions.”

The track is holding its second Formula 1 race in as many weekends following the reorganisation of the calendar due to the pandemic. “We’re just so pleased to be here, even if the weather is lousy,” said Brawn.

“This is a big front coming through and moving slowly but predictably so there’s a chance maybe at the end of today we’ll get some running. But certainly tomorrow looks fine.”

If qualifying is postponed until tomorrow it will mean the cancellation of at least two support races, said Brawn.

“We’ve got a schedule [for] tomorrow which means we only lose the Formula 2 sprint race and one of the Porsche races. So we think tomorrow we can fit everything in so there’ll be qualifying in the morning.

“If we can’t do that then, as you know, the FP2 times become relevant. But I hope we don’t need to do that and I think we’ll have qualifying in the morning.”