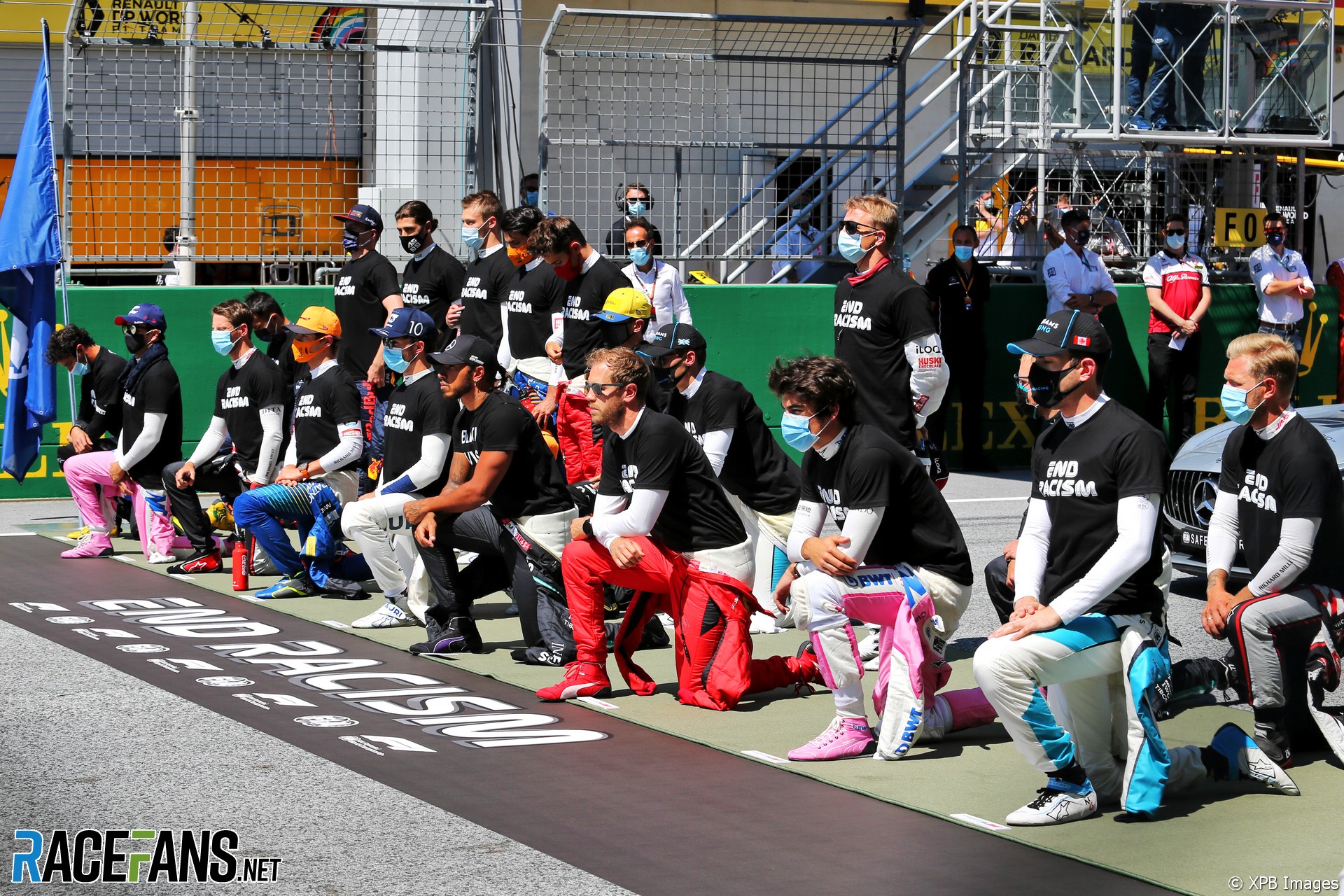 The FIA has issued plans for an official pre-race ‘End Racism Recognition’ following criticism over how the ceremony was conducted at the previous race in Hungary.

Among the guidelines, the FIA has stated drivers can “choose their gesture of support”, which may include taking a knee, as many have previously done.

An ‘end racism’ banner will be placed across the circuit and drivers will be given an audible signal to proceed to it shortly after 13:52 local time before the start of the race. While this happens, video of “driver pledges” will be shown on the international television feed.

This will be followed by an announcement at the circuit that “Formula 1 and the FIA will take this moment, in recognition of the importance of equality and equal opportunity for all.” Drivers will then be invited to make a gesture of support.

This will be followed by a further announcement: “Thank you for this statement of support to end racism in the world.”

This will be followed by the national anthem ceremony and, at this weekend’s race, a flyover of Spitfire aircraft signalling thanks to Britain’s National Health Service.

In a note to drivers, FIA F1 race director Michael Masi said: “I hope the above is clear and provides some clarity and reassurance to the drivers.

“The FIA, F1 and F1 teams communication directors will continue to manage the media expectations on how this gesture will be marked, and that each driver is united in the call to end racism and will choose their own gesture at the determined time to mark this.”