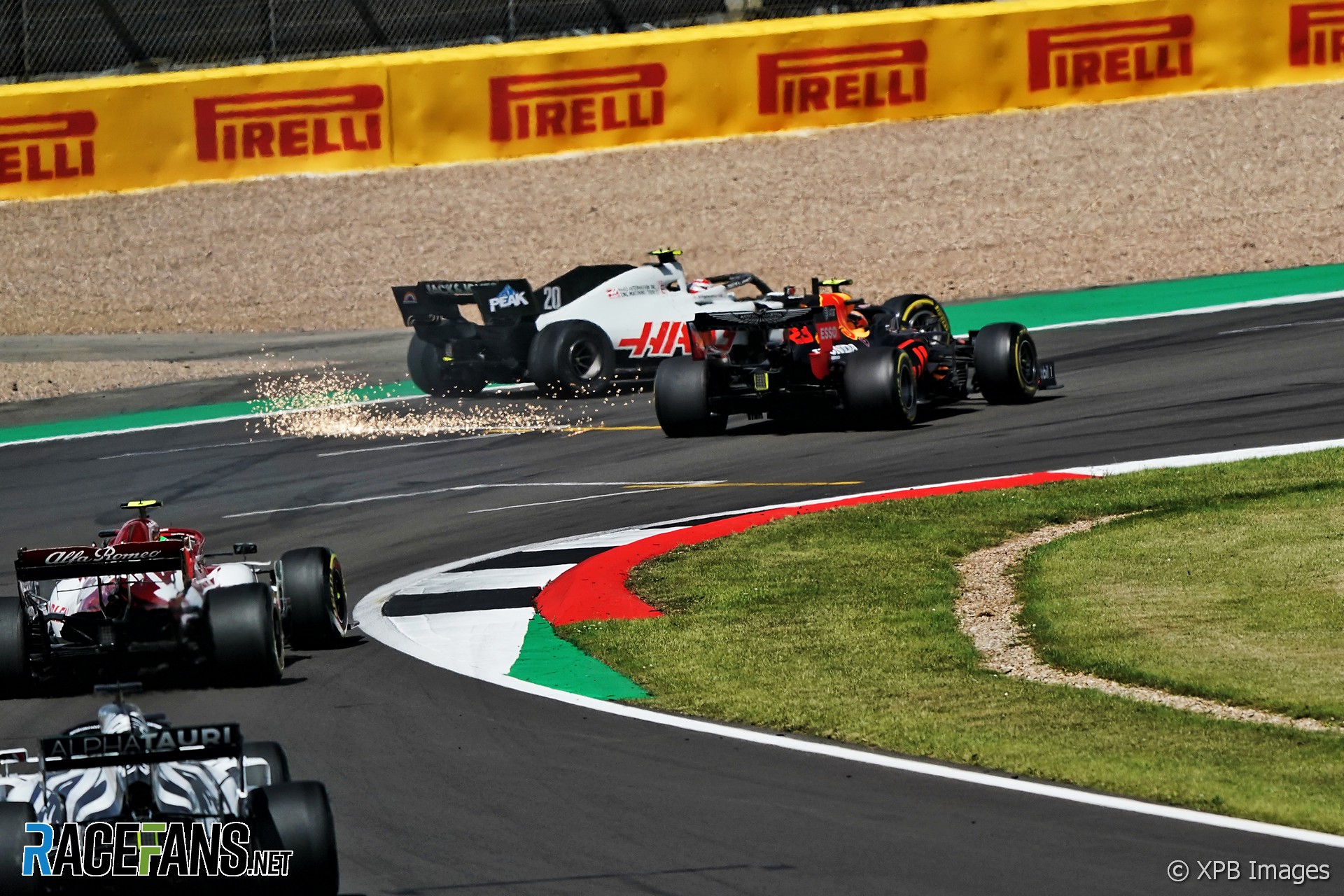 Alexander Albon says the responsibility for his first lap collision with Kevin Magnussen was “50-50” between the two drivers.

However the stewards ruled Albon “was predominantly at fault” incident at Club corner which put Magnussen out of the race and handed the Red Bull driver a five-second time penalty.

“The penalty, it was 50-50 to me,” said Albon. “Kevin went off the track and the way he came on, there was a space there initially.

“At that point I realised he doesn’t see me or the gap’s closing very quickly. I tried to get away from it but at that closing speed it was just too much.”

The contact left Albon with some damage on his car, but he was able to recover to finish eighth.

“We had the damage, which was a shame. But the pace throughout the race wasn’t too bad. Just obviously we had to do a lot this weekend. So eighth, it’s not what I want, but it’s damage limitation.”

Red Bull team principal Christian Horner also took his driver’s side over the collision and praised his recovery driver into the points.

“For me that was a racing incident. If you look at it from the beginning, Kevin made a mistake, he got out wide, Alex put his nose in there and then he sort of backed out of it a little bit. It was one of those things. I wasn’t too surprised with the penalty, it could have gone either way.

“But I thought his recovery from there was excellent. We’ve seen it on numerous occasions, his a ability to come back through the field, and his pace in the race was very good.

“We just need to have a straightforward, boring weekend for him. But I thought today, once again, he’s driven a very strong grand prix.”

42 comments on “Albon disagrees with stewards’ decision on Magnussen incident”