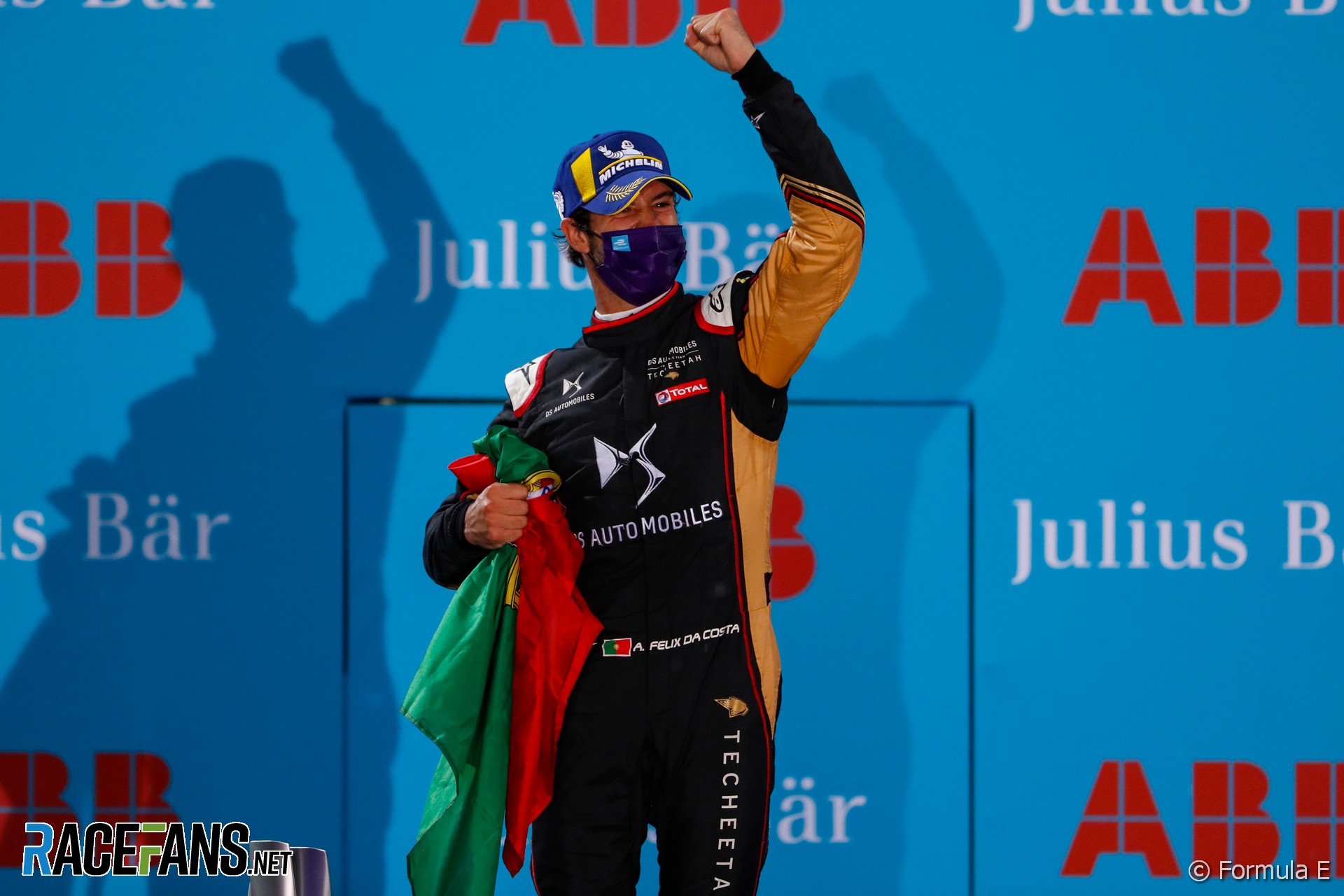 Vergne’s success in the fourth race around the Templehof circuit also confirms Techeetah as this year’s teams’ champions.

Da Costa came to the Berlin finale with a narrow 11-point lead, after the top of the standings had changed hands every race before the Covid-19 shutdown. Five months later, he was able to put together a near-perfect first double header in Berlin, taking a combined 58 points while his nearest rivals scored nothing and allowing him to pull out a huge lead.

Although several drivers were still in slim mathematical contention by the fourth race, Da Costa went into today’s race poised to wrap up the title.

The day started well for Techeetah, with a front-row lockout in qualifying threatened only by what looked like very strong pace from Nissan EDams’ Sebastien Buemi and Oliver Rowland. They almost matched the Techeetahs in qualifying – something no team had been able to do in Berlin until today – and were only just pushed back to their own second-row lockout in Super Pole.

Vergne and Da Costa got away well and despite an attempt by Rowland, managed to hold on to first and second during the half-a-lap of racing or so managed from lights out. Yesterday’s winner Max Guenther was caught at the first corner and barged by other cars under braking, left stranded on track and bringing out a Safety Car period.

The Techeetahs once again managed to make decent headway on the restart. However, the skies above Tempelhof decided to throw their own surprise into the works. Rain – often-speculated but seldom actually appearing in Formula E – arrived with 30 minutes left in the race. It made the already-tricky surface of Tempelhof’s old, rough runway concrete a potential skating rink on the racing line, with rubber which had provided grip in the dry turning slippery to Formula E’s all-weather tyres.

Vergne and Da Costa made tactical use of the Attack Mode zone, swapping the lead while keeping their rivals behind. With seven minutes to go Vergne regained the lead. He reached the line with a decent amount of energy to spare, putting any post-race wrangles beyond doubt on Techeetah’s big day.

Da Costa scored his first championship success since his 2009 Formula Renault 2.0 title, while DS Techeetah have extended their record as the only Formula E team to win three drivers’ titles. Their back-to-back teams’ title puts them just one championship behind Renault EDams domination of the championship’s first three, arguably less competitive, seasons.

The fight for second and third place in the standings remains open, with Jean-Eric Vergne on 73 points in second place.

The Formula E season will conclude with two more races on a different variant of the Tempelhof circuit, with more corners and curves added, on Wednesday and Thursday.