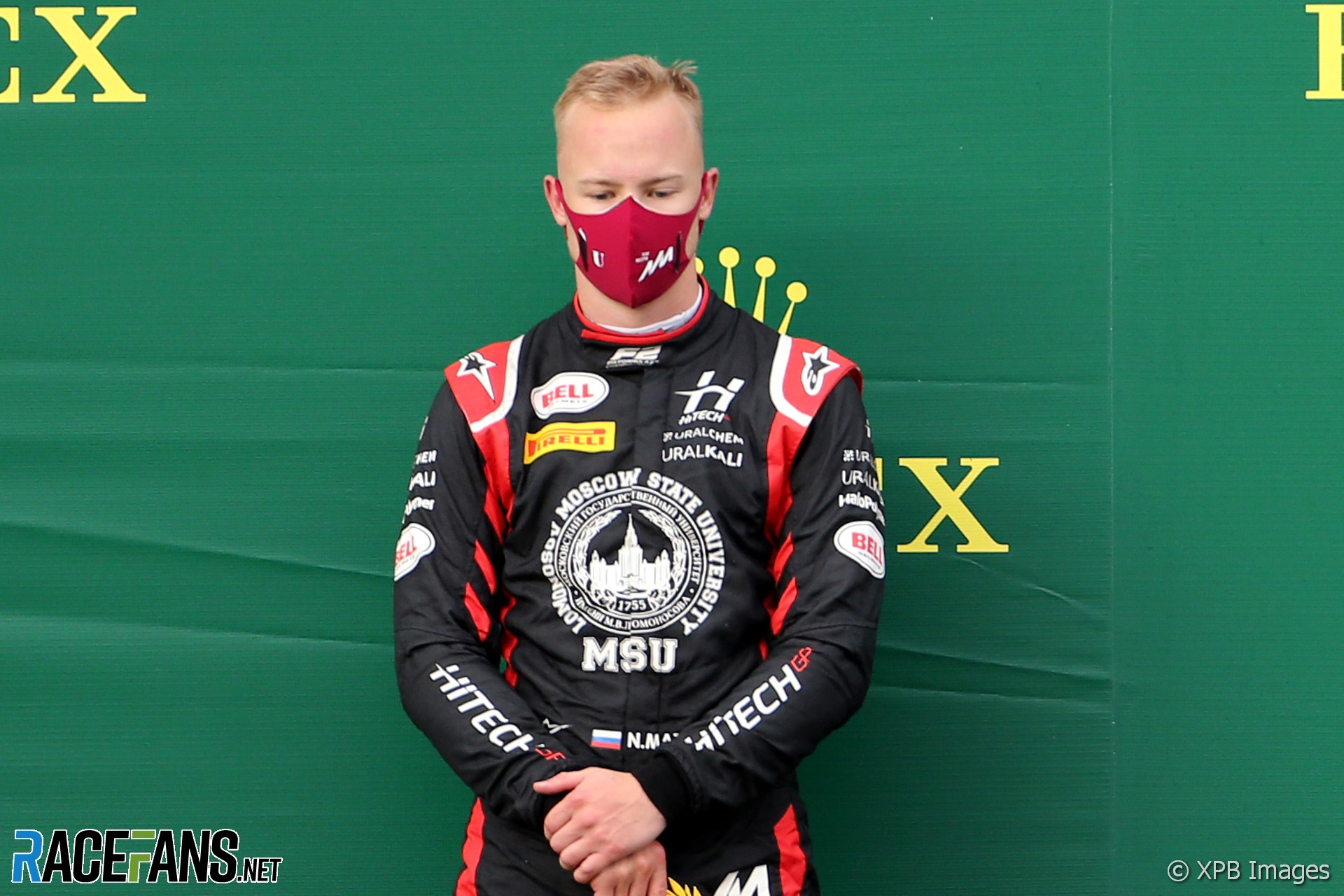 The stewards ruled Mazepin drove too quickly in the parc ferme area after the race, striking the second place marker board. The board fell to the ground close to Yuki Tsunoda, who took victory from his rival after Mazepin was given a five-second time penalty for forcing Tsunoda off the track.

As Mazepin’s penalty is suspended it will not be applied unless he commits a further transgression.

Mazepin was also investigated over his departure from the pits following his mandatory stop during the race. The stewards noted he “allegedly drove a car in a manner which could be deemed potentially dangerous to other drivers or any other person” by driving “close to Trident team personnel”. He was given a reprimand for the incident.

The MP drivers, who collided at Blanchimont during the race, were also penalised. Nobuharu Matsushita was held responsible for causing his race-ending collision with Felipe Drugovich, and given a three-place grid drop for Sunday’s sprint race.

Drugovich was disqualified from the race for a separate incident. He was found to have made his mandatory pit stop on the final lap, in violation of the rules. Both drivers will start tomorrow’s race from the last row of the grid.

Marcus Armstrong was given a five-second time penalty for leaving the track at the final corner and gaining an advantage by overtaking Jack Aitken. Armstrong’s penalty drops him from 13th place to 15th, promoting Aitken and Marino Sato.