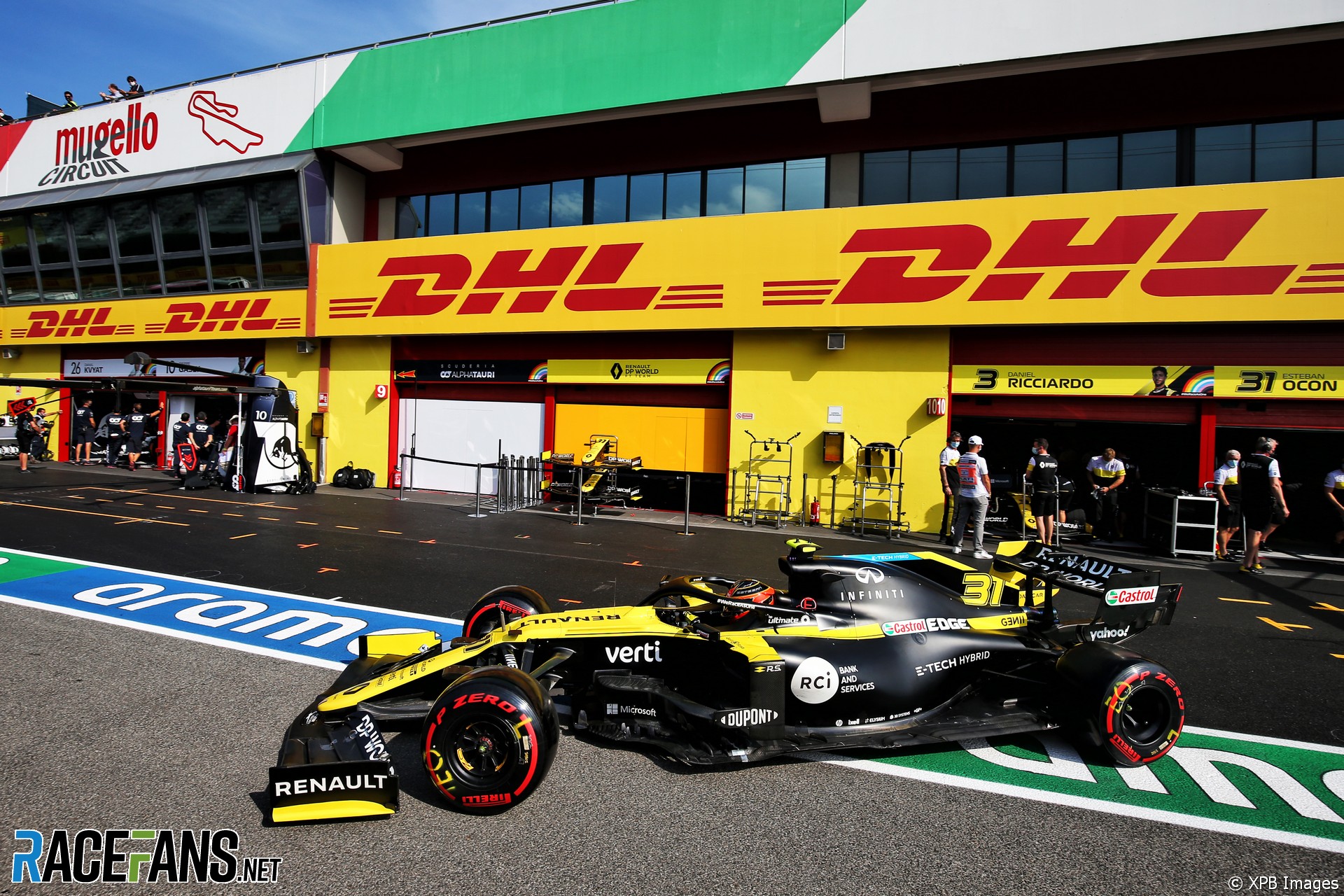 Mugello’s high speed corners and abrasive track surface are giving the tyres a pounding. But will it be enough to force teams to do more than the single mandatory pit stop on Sunday?

That was Pirelli’s expectation before practice on Friday. “In our preliminary simulations, we were expecting the strategy [to be] two stops,” said its head of motorsport and Formula 1 Mario Isola. “It is probably not too far from the truth.”

But a familiar phenomenon is expected on this unfamiliar circuit. A two-stop strategy may be theoretically quicker, but only if you can run in clear air. As overtaking is expected to be more difficult at this circuit than typical layouts, teams therefore have a strong incentive to treat the tyres very gently and coax them home on a one-stop strategy.

“This circuit is quite narrow and overtaking opportunities are very limited,” said Isola. “Just at the end of the straight we have only one DRS zone.

“So I believe that teams will try to plan a strategy on one stop and try to push on longer stints because otherwise they lose too much time on an additional pit stop.”

It’s not a foregone conclusion that this will happen. Teams have limited data on Mugello and weren’t able to build up a full picture on Friday as second practice was disrupted by two red flags.

With 15 medium-to-high speed corners, more than half of which are taken at over 200kph, the front tyres are taking the hardest hit and will give the first sign of trouble.

Teams will find it harder to make one-stop strategies work if they have to start the race on soft tyres. The soft tyre offers a performance gain of nine tenths of a second per lap, according to Pirelli, which is above their original predictions.

Based on the second practice times, and assuming the likes of McLaren and Racing Point have some performance in hand, the front runners may not find it as easy to pass through Q2 on medium tyres as they have at other tracks.

The comparison to Silverstone will inevitably prompt questions over how Mercedes will perform on their tyres. They encountered problems with their rubber in both races at the Northamptonshire track, whether it was blistering (70th Anniversary Grand Prix) or late-race failures (British Grand Prix).

Pirelli played down the prospects of such problems occuring in the race. “We didn’t experience any graining, any blistering, anything else, just a bit of abrasion,” said Isola. “That, again, is expected in the afternoon.

“In some cases, a little bit of porosity is visible. So probably during the race if we have a bit of blistering, it’s not a big surprise. We know that blistering at certain levels is not affecting the performance of the tyre. So I believe that the blistering can be manageable.”

Buthow much more grip will be found as the rubber level builds up remains unknown, and therefore so does the cars’ ultimate performance levels. Therefore the possibility remains Mugello’s first F1 race won’t run exactly to the usual 2020 form.