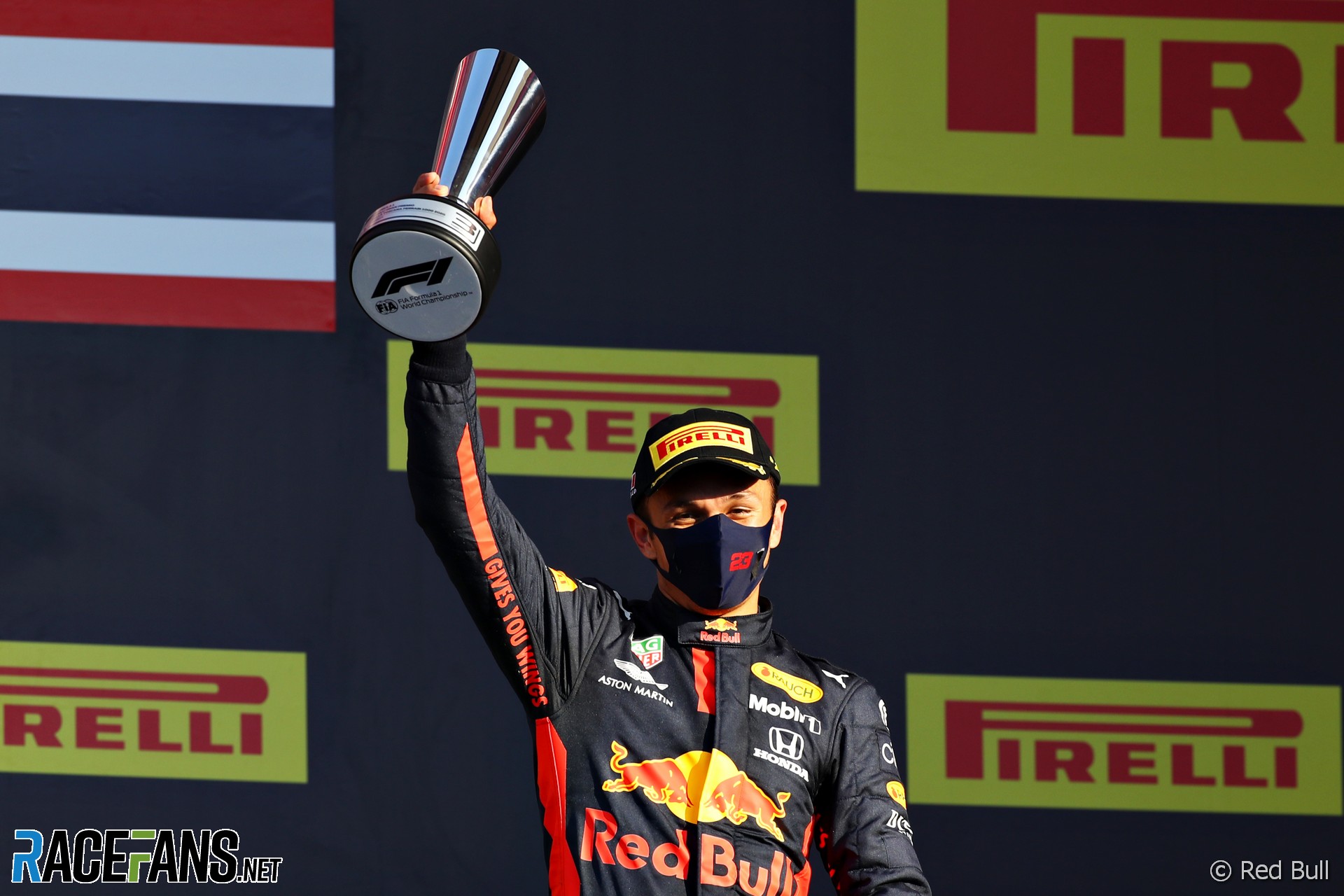 Red Bull intend to keep Alexander Albon in their line-up for 2021, according to team principal Christian Horner, if he continues to make progress following his breakthrough result in Mugello.

Albon claimed his first podium finish in the Tuscan Grand Prix, passing Daniel Ricciardo to take third place in the closing stages of the race.

Following the race Albon told his team “thanks for sticking with me” as he drove back to the pits. There has been speculation over his future at the team as he has struggled to match the pace of team mate Max Verstappen.

But speaking in today’s FIA press conference, Horner insisted media pressure was the only reason Albon feared his place might be in doubt. “He only feels vulnerable because you guys keep telling him every week we should put somebody else in the car,” he said.

“It was really good for him to get that result. He came close in Brazil last year, he could have won the race at the opening race in Austria and obviously got turned out of that race.

“To get that first podium he had to do it the hard way. Daniel’s one of the hardest racers on the track and to pass him around the outside of turn one as he did I think was a great performance from him.”

Albon is already “walking a bit taller” following his Mugello result, said Horner. “I think the confidence it will give him, hopefully he will build on that.

“He has got the full support of all the team. I think the team’s doing a good job with him, I thin his race engineer is extracting more from him and I think that confidence is growing.”

Red Bull will confirm “before Christmas” who will drive for them next year, said Horner.

“All the drivers are under contract to Red Bull on multiple years. There are trigger points at different times in their contract, but it’ll certainly be later into the autumn.

“Our intention is to retain Alex. He’s doing a good job. He just needs to build on the kind of performances he put in at Mugello and continue that development.”

Horner also dismissed speculation Max Verstappen could exploit an exit clause in his contract to leave the team at the end of 2020.

“Obviously the contract between the driver and the team is always going to be confidential and there will always be speculation regarding it,” said Horner. “But I’m 100% certain that Max Verstappen will be in a Red Bull Racing car next year.”