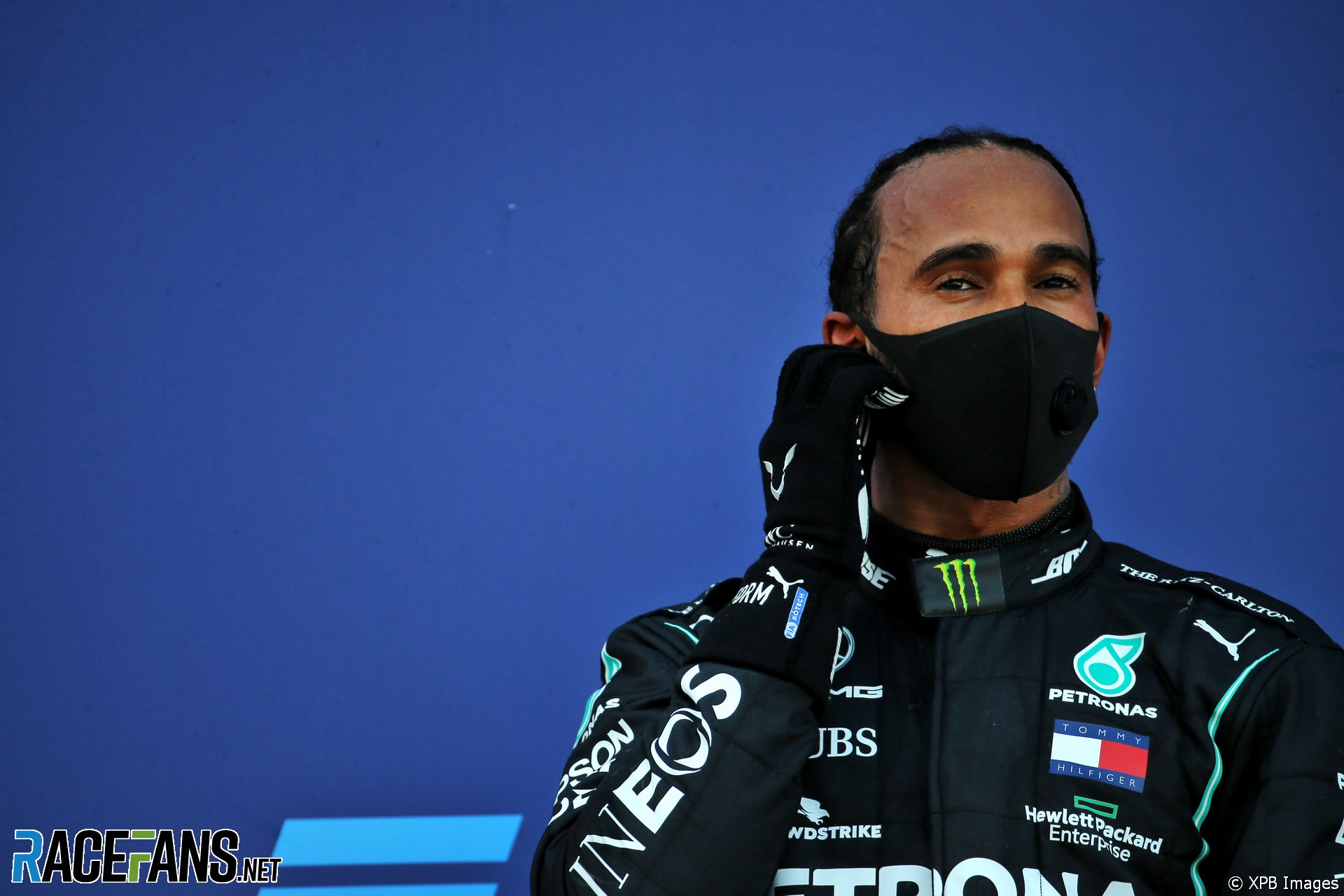 Lewis Hamilton says he will study the regulations carefully following his double penalty in Sochi to ensure the stewards can’t “create rules” to give him a one-race ban.

The Mercedes driver picked up two penalty points in today’s Russian Grand Prix, putting him on a total of 10 for the current 12-month period. If he receives two more in the next three races he will be automatically banned from the next round.

“It’s ridiculous the points that are being given [to] people this year in general,” said Hamilton after the race.

Hamilton incurred his latest penalty points for performing two practice starts outside of the permitted area.

“From a driver’s point of view, if you put someone else in danger, you crash into somebody, of course you should be getting penalty points. I did not harm anybody, I did not put anyone in harm’s way.

“So ultimately it’s a ridiculous rule, but it is what it is. I’ll just make sure I’m squeaky clean moving forwards. Don’t give them an excuse for anything.”

He is concerned he could fall foul of grey areas in the regulations and intends to do everything he can to minimise the possibility of picking up any more penalty points in the coming races.

“I guess we’ll go through the rule book and pick out areas where they can create rules, areas where penalties have never been given before, and we will try and figure out all the ones that they have and try to make sure that we cover ourselves on the ones that we are aware of.

“Like I said today, I don’t think anyone’s had the penalty for [this] before so we’ll just work hard. I’ve gone through seasons before without penalties so I just have to make sure I give them no reason, not even a sniff to be able to do something.”