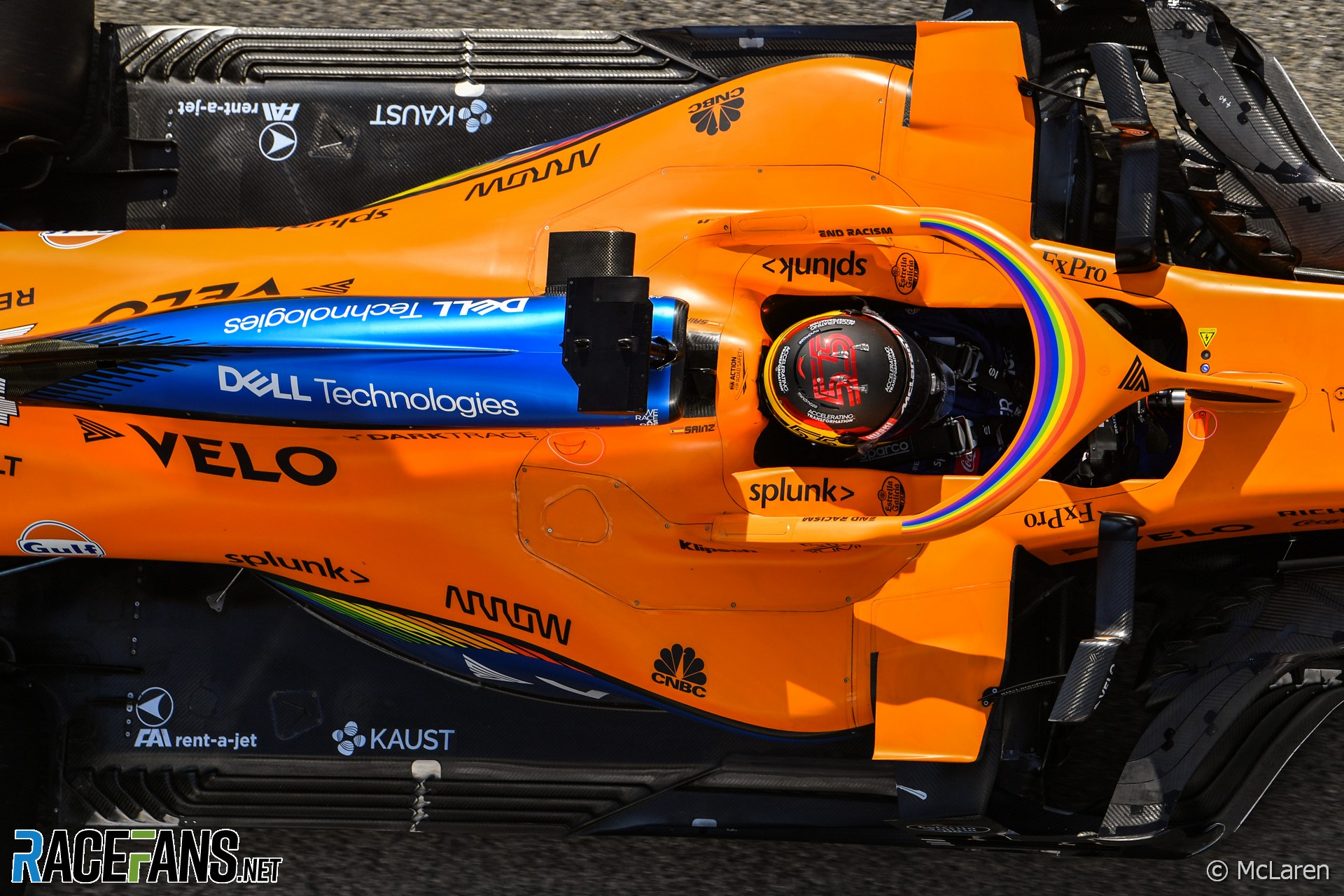 In four races’ time, McLaren will make its third change of power unit supplier since the V6 hybrid turbo power units were introduced to F1 six years ago.

Its technical director James Key, who joined the team last year, is well-placed to oversee the change. He already has experience of switching between three different power unit suppliers while at Toro Rosso.

Speaking to RaceFans in an exclusive interview, Key says McLaren are “fully up to speed” with planning the integration of the 2021 Mercedes power unit.

While this will be McLaren’s third change of engine suppliers in seven years, they were loyal to Mercedes for the previous two decades, and were their works F1 operation for much of that time. “It seems to have almost picked up from where it left off,” says Key. “I know we’re not a works operation, but certainly a very close technical and personal link in some cases.

“They’ve shared all the information we need very quickly. They’ve been open to questions, suggestions and ideas which was within the scope of the agreement to help us out.”

McLaren face a particularly tricky challenge for next season owing to the disruption caused by the Covid-19 pandemic. In their original plan, the switch from Renault to Mercedes power was going to coincide with sweeping new technical regulations coming into force for the 2021 F1 season. However those rules have been postponed by 12 months as a cost-saving measure.

Teams have therefore agreed to largely carry over this year’s chassis to next year. They will be permitted to make a limited number of changes, which are governed by a system of ‘tokens’ covering different areas of the car.

McLaren, the only team switching power unit suppliers for next year, will have to expend all their tokens on making the necessary changes to accommodate the Mercedes. One top of that, they lost several weeks’ work on their 2021 project when their factory was closed as a result of the lockdown.

“[Mercedes] know that we are under pressure and under a short time period as well with the inability to work on it earlier this year in a big way,” says Key. “So it’s started off very well. We’ve been doing some R&D testing with them at their facilities to make sure that our systems are installed in a way that works for both. That seems to be going okay and we’re fully on top of the programme in that respect.”

Key says the design work around changing the MCL35 to accepted a Mercedes instead of a Renault has been “pretty normal, actually, in terms of going from one engine to another.”

“I’ve kind of become familiar with how this transition works,” he says. “And it’s pretty similar to the sorts of work that you have to do from one power unit to the next.

“There are some fundamental architectural differences between the way power units are laid out, as we know, but it’s just really just a case of picking it up and installing it accordingly. So no nasty surprises, no negative points have popped up at all. It’s all been pretty normal and some pleasant surprises, actually, in some cases.”

The team is confident the change will be worthwhile – it’s gaining the best engine in the field at the moment, after all – but some compromises are inevitable, as the team has to retain the core of its current car.

“This is where a bit of a bit of compromise comes in,” admits Key. “So on top of the lack of chassis token capability, we’ve also had to try and install the engine with minimal changes to the car because, of course, you’re supposed to carry the car over. We can’t do that because we’re not retaining an engine.”

This means the team can’t take full advantage of the smaller dimensions of the Mercedes power unit to achieve aerodynamic gains.

“In normal times you’d install it and use the benefits of a tighter package – which is what you get with the architecture of Mercedes engine – to the full. Whereas we’ve had to make minimal changes to our car to allow us to effectively put a Mercedes engine in our car designed for our current engine.

“So whilst that’s been very well discussed with the FIA, we’ve come to a good agreement on how to keep those changes realistic for us, but also within the bounds of minimal changes, that has worked. But typically, you wouldn’t do that. You’d go further than that and exploit it a little bit more. So there’s been a few compromises there.”

Next year’s McLaren will be officially designated the ‘MCL35M’. Key describes it as “the current car with a Mercedes engine in it, when all’s said and done.

“There’s a couple of changes to architecture necessary by the shape of the engine compared to this year’s. But it’s not fundamentally different.”

However the team has been able to retain the car’s aerodynamic philosophy without making any significant compromises. “There’s been a couple of small dimensional changes which the engine installation has led to which will lead to a minor tweak on aero surfaces,” says Key. “But it hasn’t actually affected aero particularly negatively.

“Because we stuck with a minimum amount possible to try and squeeze the engine it means that the basics of the aero surfaces are pretty similar. There’s no philosophical change, I’d say, to that.”

However some aerodynamic potential will be left untapped, says Key. “Had we been able to exploit it further and you really go to town with an engine installation, which in normal times you would and you will be able to in future as well, then probably we would have squeezed a bit more out of it. But I don’t think we’ve been left with anything that we feel as a compromise.”

He says the team is satisfied the FIA has drawn a fair distinction between what the team can change on its car to ensure a problem-free integration of the power unit, and opportunistic tweaks which would have allowed them to gain extra performance.

“Whenever we’ve discussed with the FIA areas which will have an impact on aero for the purposes of installing the engine – that’s predominately through the cooling system side of things – that sort of thing, they’ve always recognised that where we’re trying to do the best thing to make sure it works and doesn’t exploit things that other people can’t exploit, for example,” he says. “It’s not a process you’d want if you had a choice but given the extraordinary times we’re in, it’s been a fair process.”

The most significant question is how much of a gain McLaren can expect from fitting what should be F1’s best power unit next year, despite the concessions they will have to make with the design of next year’s car.

“I hesitate to be too accurate with simulation numbers right now,” says Key. “The final performance levels of the ’21 engine are still being worked on and arrived at with Mercedes. I haven’t personally seen that data yet, I don’t think we’ve got it. So I think we’ll know later in the year when we have that data where it sort of sits on a pure performance point of view.

“We obviously expect it to be good. I have to say the Renault performance has been also strong of late, as well. The engines are much closer than they were back in 2014 when there were huge discrepancies. It is definitely closer now, but we hope it will be a little bit of a step forward.”

However, Key notes, it isn’t just pure performance where the team hope to find gains with its new power unit.

“Mercedes have been working very hard. They’ve got a few things they’ve found which they’re hopeful will make a difference from this year to next. So when that data comes through we will know a little bit more.

“But also, I think they have been the gold standard for a while now. They started off that way. They invested early and cracked on with it and were very successful in 2014 and beyond with not just the performance, but also the reliability of their power units has been outstanding as well.

“I think it’s things like that where we will hopefully just feel we can fit and forget really over a weekend, which will be a great place to be So we’ll see where we go.”