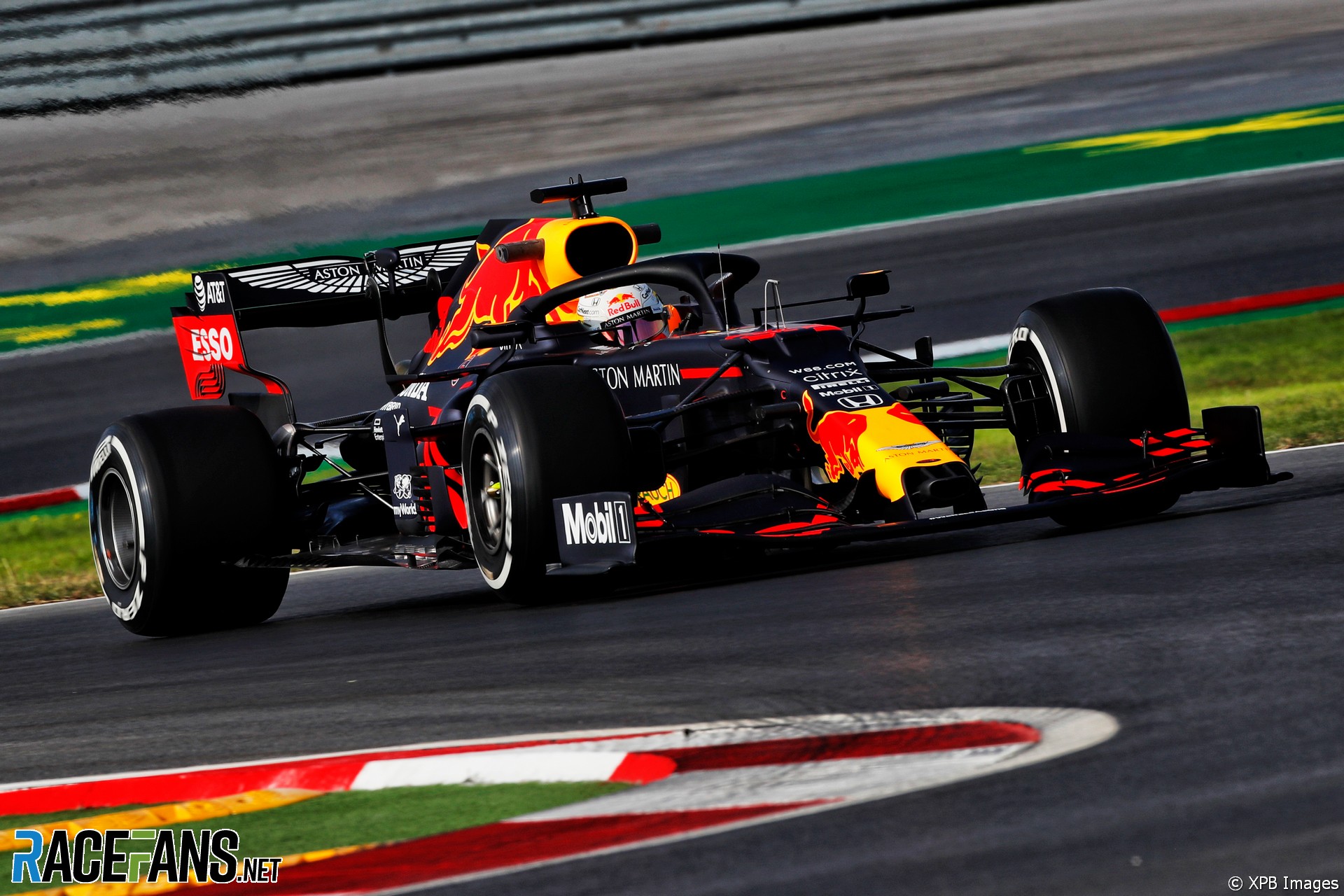 Max Verstappen was quickest in Friday practice at Istanbul Park but said poor grip levels at the track meant lap times were much slower than they should have been.

The Red Bull driver’s quickest time of the day was 3.3 seconds slower than the pole position time at the last Turkish Grand Prix nine years ago. “It was still like five seconds off what we should do,” said Verstappen.

Although some forecasts indicate rain could fall at the track tomorrow, Verstappen said the grip levels “can’t get any worse” than they were today. “We are still miles off,” he said. “It’s like driving on ice. Worse than Portimao by far.

“But at the end of the day is the same for everyone, so we just have to adapt to it. I hope it’s not going to rain because then it will be properly like driving on ice. Maybe we’ll have to switch to to spikes or something on the tyres.”

Pirelli’s decision to bring the hardest tyre selection available this weekend has been questioned. However Verstappen doubts softer compounds would make a significant difference.

“We did go a bit faster, of course, already from hard to a soft. But it’s just the grip on the Tarmac. You can stick even softer tyres on but they will then grain to death so that’s not a solution.”

Despite having led today’s running Verstappen expects to face tougher competition from Mercedes over the rest of the weekend.

“For sure Mercedes, tomorrow, will get it together. But for us, today was was very positive.

“It means also, I think, the prep we did to get here was not too bad. But then also, of course, reacting to the conditions we did well today in first practice. So I just hope that we can have a competitive qualifying and then in the race you never know what happens.”