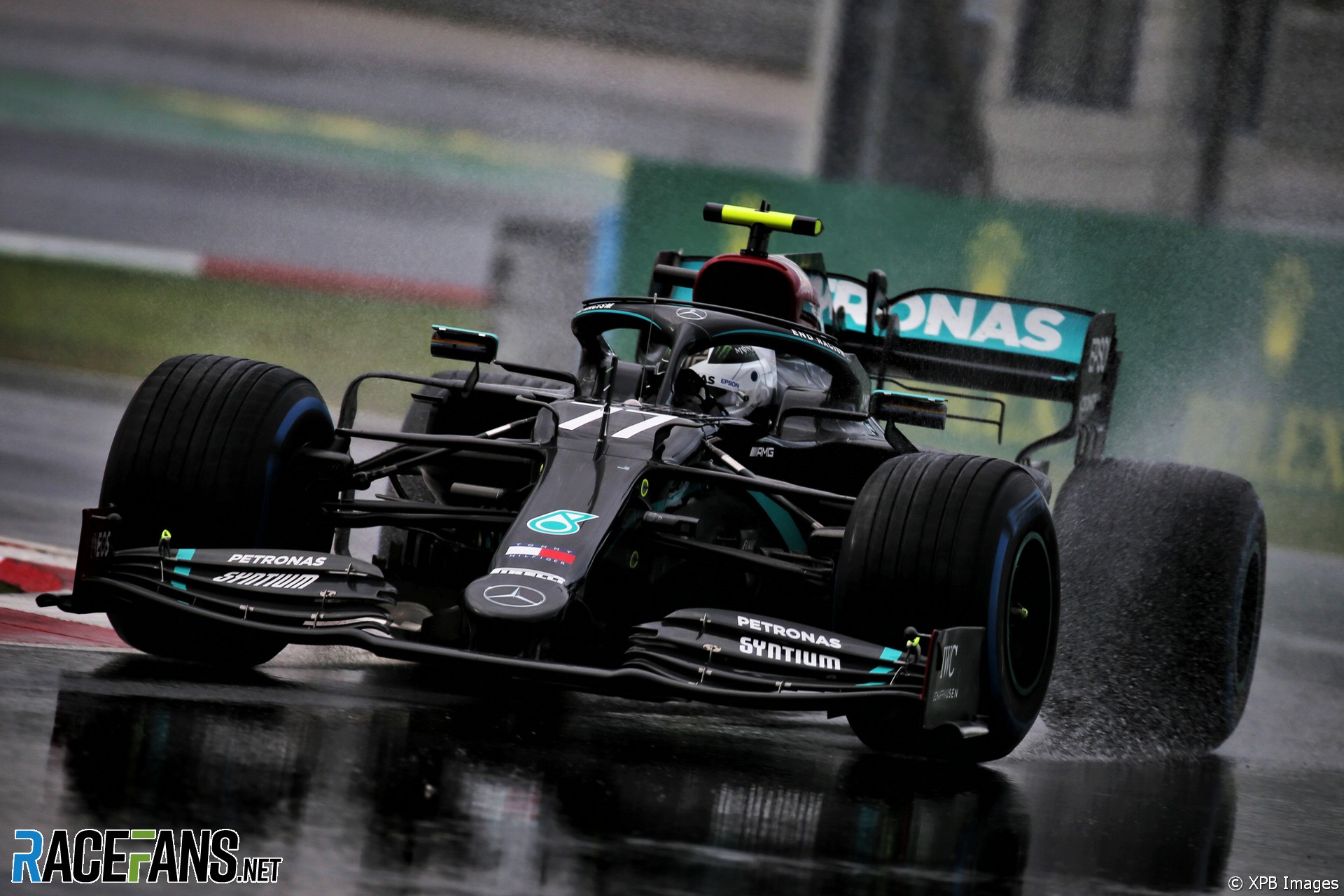 Mercedes team principal Toto Wolff said cold conditions at Istanbul Park partly explained why the team failed to qualify in the top five for the first time in seven years.

Lewis Hamilton and Valtteri Bottas qualified sixth and eighth for Sunday’s Turkish Grand Prix. It is the first time in the V6 hybrid turbo era Mercedes has failed to get at least one of its cars into the top five in qualifying.

Wolff said the unusually low temperatures in Turkey were part of the reason why the team was unable to generate sufficient grip from its tyres.

“I believe we haven’t lost a pole in wet conditions this year but the conditions were different insofar that it wasn’t only wet but it was a brand new [surface] that was slippery, and cold ambient and track temperatures, and I believe we just weren’t able to switch the tyres on.

“You can see that if you’re just not in the right window you’re sliding all over the place, the consequences are massive gaps between teams and cars. We were just too cold and never had any grip.”

Hamilton qualified a massive 4.795 seconds slower than surprise pole-winner Lance Stroll. “We have to learn from this,” Wolff admitted.

Mercedes did a total of just seven laps’ running in the final practice session before qualifying. Wolff denied they had missed an opportunity to gain useful knowledge of the track conditions.

“No, I think we tried at the end and it was just too wet. It completely changed.

“The only really good conditions were at the beginning and then it got so wet that almost everybody was in the pits. We went out one time to try something. There wasn’t any sense in going out, it was too wet.”