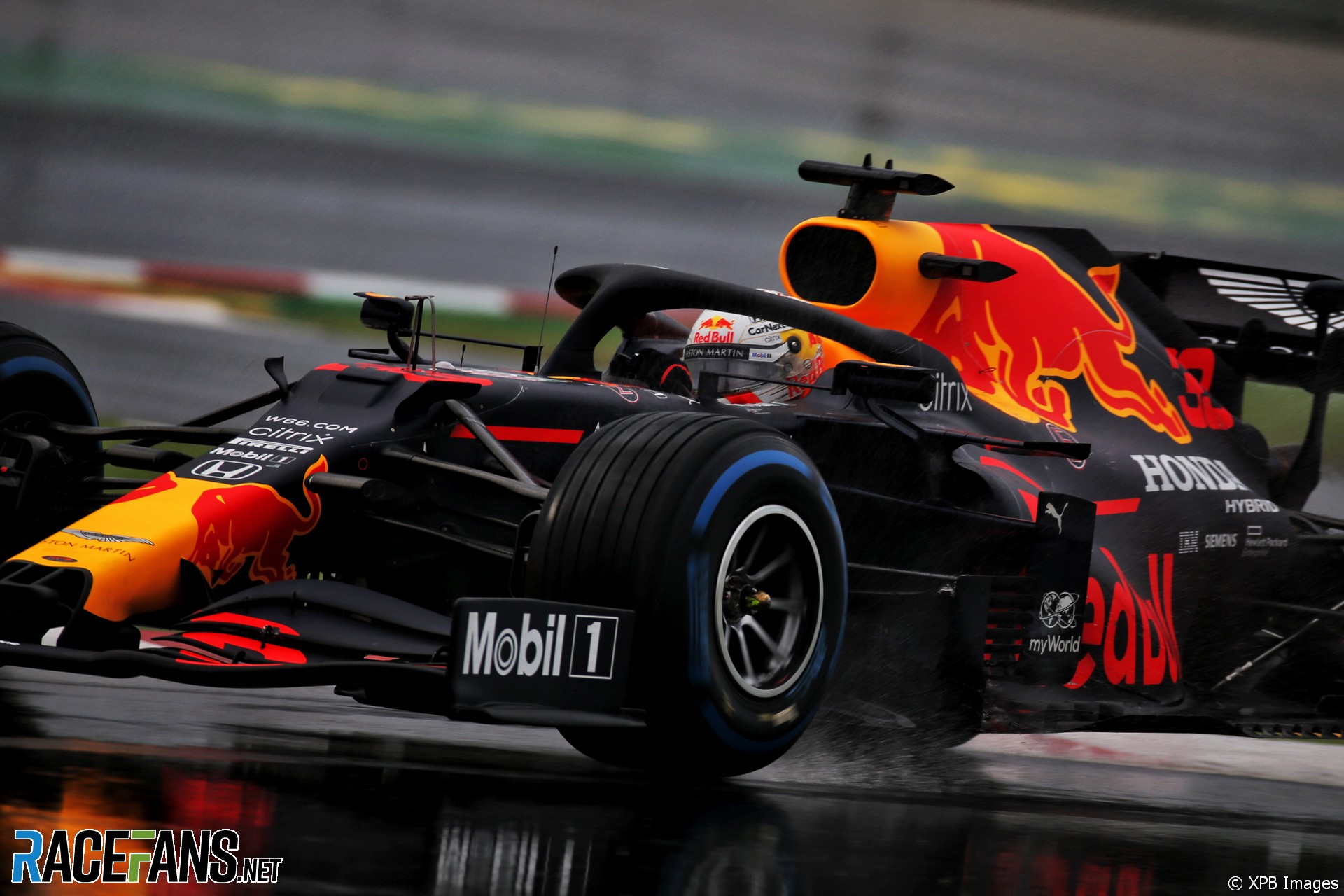 Max Verstappen admitted he was “upset” to miss pole position for the Turkish Grand Prix having been quickest in every session until the end of qualifying.

The Red Bull driver will start tomorrow’s race from second place after Lance Stroll beat him to pole position by less than three-tenths of a second.

Both drivers switched from wet weather tyres to intermediates at the end of the session as the track dried. Verstappen, who led all three practice sessions as well as Q1 and Q2, had been comfortably quicker on the wet weather tyres, but could not replicate his advantage on the shallow-grooved intermediate rubber.

“I’m just upset because the whole weekend we are first, we look very comfortable, and then we lose out in Q3,” he said.

Verstappen said he took no consolation from having comfortably out-qualified season-long rivals Mercedes.

“At the end of the day I don’t care where the Mercedes is,” he said. “I just look at our performance and that’s not just good in Q3. That’s why I’m so upset.

“You can’t look at other people’s performance to judge your performance you have to look at yourself. And clearly in Q3 it was not good.”

Verstappen said he couldn’t understand why he found such a small improvement after switching to the intermediate tyres.

“I was going faster but I had no grip compared to the balance I had before,” he said. “Probably it was the right tyre to be on but it was not good like that.

“We should have been doing better switching to that tyre compared to what we were doing before. We were constantly in first compared to everyone else on the extreme tyre. So we definitely missed something there.”